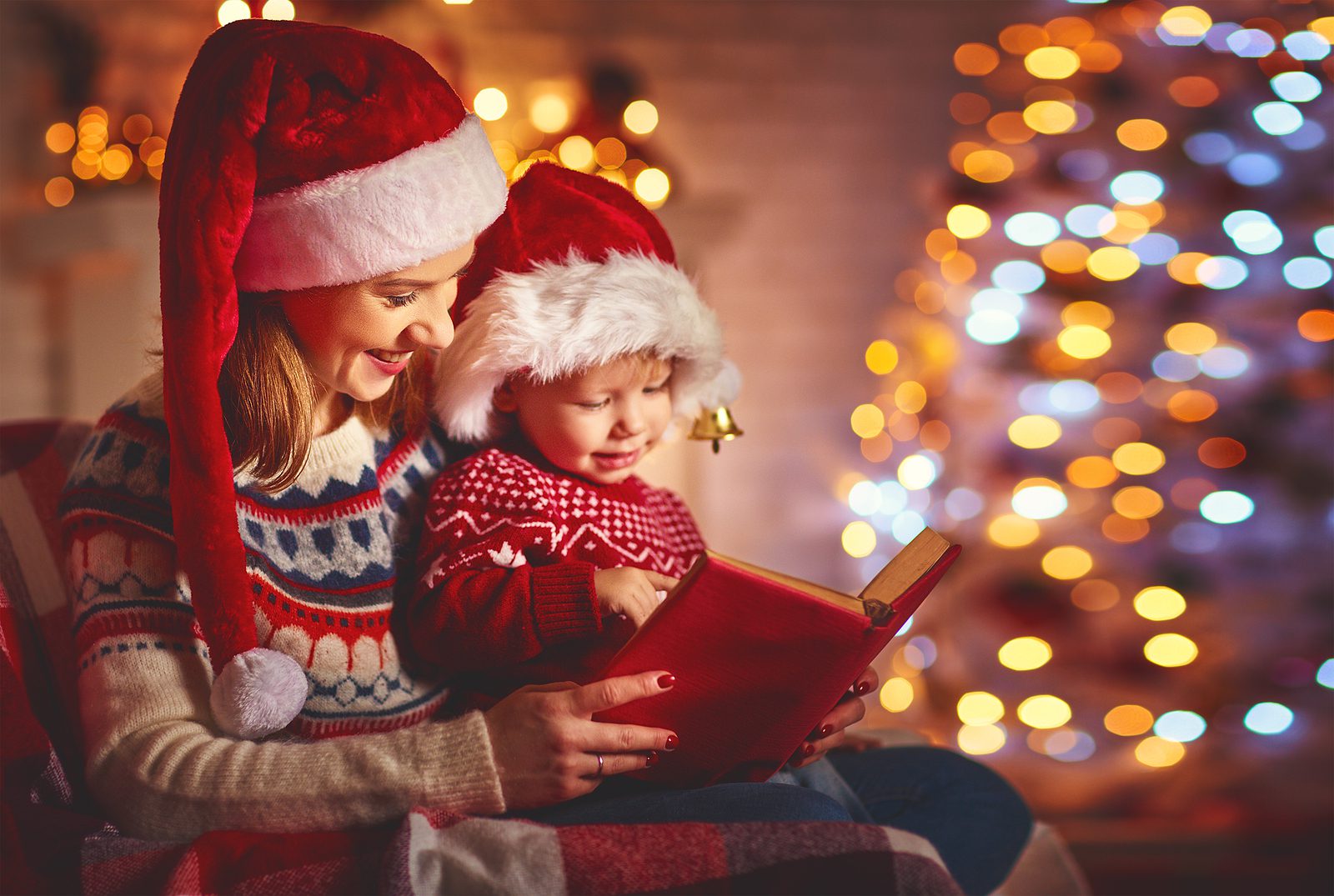 Books, stories, and movies retelling the Christmas story or that share an aspect of the holiday abound. Shoppers treasure the old favorites and hungrily search out the dozens of new Christmas books published each year. Parents search for new versions of the old story to enhance their children’s understanding of this special celebration. Each year I try to introduce some of the new publications. It’s impossible to review them all, but today’s column features some of the best that came my way.

Wendell Terry met a girl at a skating rink when they were teenagers during the early 1940s. It wasn’t love at first sight, but soon after they were dating exclusively, then America entered the war, and Terry was soon a recruit in the Army. He qualified for flight school, and still teenagers, they married before Terry was sent overseas. Leaving his seventeen-year-old pregnant bride behind, the young bomber pilot began flying bombing runs over France where the Germans were slowly retreating toward their own country. On one mission to take out a bridge his plane was hit by enemy fire and against all odds his crew was able to eject. Narrowly escaping the burning plane, Terry is the last man out and is captured by the enemy. He makes several attempts to escape before finding himself in a prisoner-of-war camp where food and warmth are scarce. Months pass before he receives any word from his wife or learns if his child has been born. On a dark, cold Christmas Eve, he receives a Red Cross package and faces the tough decision whether or not to share its meager contents with the other men in his cold, cheerless barracks.

This is a true story taken from the journals of Lieutenant Terry and his retelling of the story to his daughter. It speaks of his journey to discover the meaning of giving even when there is little to give. It’s also a story of love, loyalty, and faith in God. I listened to the story on CD as retold by Gerald Lund and enjoyed it greatly. I recommend it as a thought provoking way to begin the Christmas season.

What small child doesn’t love a stuffed animal? This one will be a real hit with older members of the family as well. Little Lamb tells the story of the night the Savior was born in a stable then goes on to carry the story down through the generations. Knowing the best way to share the miracle that transpired on that long ago night is to give others the opportunity to experience the love He brought to the world, the book gives ideas and suggestions for sharing with others through service projects, kind words, tender notes, and thoughtful actions in the weeks leading up to Christmas. The lamb is a cute, cuddly stuffed toy. The book is a treasure trove of ideas and beautiful art.

As Christmas books go, this one is the strangest, most convoluted, absurd tale around. I loved it, as will anyone with a lingering bit of junior high sense of humor.

Geronimo is a gnome and quite happy with his life until he turns twelve and learns his parents are enrolling him in the Gnome Exchange Program. Worse yet he’s going to the North Pole to work for Santa while an elf will take his place guarding a house. Once Geronimo reaches the North Pole he’s sent on a perilous journey to save Christmas and rescue the children Santa’s evil brother, Krampus, has kidnapped. Tackling the almost impossible task, the young gnome encounters polar bears, centaurs, wizards, demons, storms, raging rivers, and an assortment of strange modes of transportation. There’s a castle too, with strange passages, dungeons, twists and turns. This book will appeal primarily to young readers, fantasy fans, and anyone who enjoys a convoluted, imaginative tale.

MY NATIVITY ABC’S by Esther Yu Sumner and Alex Worthen

A fun book for young children that recounts the nativity story by relating each letter of the alphabet to some part of the story. The text is written in rhyming style and the illustrations are simple, colorful, and charming. Children will greatly enjoy this one.

This small pamphlet is actually the nativity story script for enacting the story of Christ’s birth. It is suitable for Christmas Eve, Family Home Evening, or even for a ward social. It lists precisely which characters are needed for each scene, props needed, and gives directions for actors’ actions. It even includes the words for optional well-known Christmas songs to insert between scenes. Most of the story is told by narrators. The stage directions are simple and can be carried out by adults or children. The number of characters is flexible and may be as few as six or as many as twenty-five.

This illustrated picture book gives children an opportunity to fill an empty stable with seven figures associated with the birth of Jesus and urges children to put themselves in the situation surrounding each character and determine what they might have done had he or she been there when the Christ Child was born. It includes a brief scripture for each figure and includes a short narrative concerning the situation, thoughts, and feelings surrounding an aspect of the birth of the Savior. The book could be a guide for Family Home Evenings leading up to Christmas. The art work is simple and uncluttered.

Farm families were hit hard by an unusually hot summer and a drought that destroyed crops in 1933. The depression was drying up money too. Scrappy Borrough does all he can to keep his farm going and his hired hands employed, but as Christmas approaches the situation becomes dire. The bank serves notice of foreclosure and two days before Christmas all his belongings from milk cans to his tractor are to go up for auction. How can he start over with no money and no equipment? And what about his employee with a wife and five kids?

Though this booklet is small, it carries a powerful impact. Smurthwaite creates characters that immediately feel real and remind the reader of difficult times and of the need for kindness to our friends and neighbors during those times. The only fault I found was with the term “gunny bag.” Since I spent a good share of my childhood in the area where the story is set in southern Idaho and “picked” an awful lot of potatoes, I can say no one around there refers to a burlap bag as a gunny “bag” instead of a gunny “sack”.

Six Sisters new book is filled with recipes, traditions, and fun ideas for each month of the year, not just Christmas. Every recipe includes a full color photo and simple instructions. Recipes range from whimsical, to those that will appeal to children, and on to elegant offerings. Activities featured include suggestions and games for parties. Many of the recipes or activities are suitable for family home evenings.

With charming childlike illustrations the story is told of angels visiting, Isaiah, Lehi, Nephi, King Benjamin, Samuel (a Lamanite), Zacharias, Gabriel, Mary, and Joseph to foretell the coming of the Savior of the world. Then as the Baby Jesus makes his arrival in humble circumstances each of the heavenly visitors’ announcements come true. Scriptural references are provided to verify each account. Children will love this picture book.

Wright’s original Christmas Jars was published more than a decade ago. This new edition includes the original story of the discovery of a jar of coins left at her doorstep by a woman going through a traumatic experience, her efforts to discover who had gifted her with the coins, and the beginning of a tradition involving saving coins in a jar through the year to give to someone needing a financial or emotional boost during the Christmas season. This collector’s edition includes real stories of people who adopted the tradition or who were the recipients of the jars. The concept of making steady small sacrifices in order to make a big difference in someone else’s life, the warmth and peace that comes to those who give, and the life affirming joy of knowing someone cares are just a few of the blessings associated with this project.

Since the Christmas Jars’s first publication many people have adopted the tradition of saving their spare change to give away at Christmas time, however, it is getting harder to do since most people now use plastic for their purchases and seldom even see coins. I suspect those who have caught the spirit of giving away Christmas Jars will morph the spirit of the jars into other means of sharing the Christmas Spirit through anonymous giving. Giving away gift cards, paying off layaways, and handing your bishop a check to buy for needy ward families, Sub for Santa projects, Angel trees, Salvation Army kettles, and many more manners of giving are first cousins to the jars and spread the love and faith of the season just as surely.

Published by Shadow Mountain, 234 pages, hardcover $17.99. Also available in paperback and for eReaders.

Books make great Christmas gifts. Here are a few recommendations of new books that aren’t specifically Christmas oriented, but will be loved by the readers and thinkers on your holiday list:

100 FAVORITE VERSES FROM THE OLD TESTAMENT by Shauna Humphreys

For most of us reading and enjoying The Old Testament is the hardest of the Standard Works. This small volume is bound to become a classic as Humphreys reminds readers the Old Testament is scripture, it’s filled with wisdom for those seeking it, and provides insight into man’s journey. The author includes insights, explanations, and personal applications.

“This Book of Mormon puzzle book contains over 90 word searches and word scrambles. Each puzzle features words or a theme from the Book of Mormon. You’ll have fun figuring out answers, and before you know it, you’ll be an expert puzzle solver. Sharpen your pencils and get ready for hours of enjoyment!” Teens and adults will enjoy this one.

Joseph Smith, his brother Hyrum, and a small group of their brethern are depicted in this emotion charged DVD in the last few days leading up to the martyrdom. Drawing heavily on written accounts by the survivors and witnesses, the viewer finds insights into the emotional trauma experienced and the testimonies borne in the confines of their small cell in the Carthage jail. Accounts are given too, of the actions of their jailor and the governor. Though not seasonal, this short film carries a powerful message that will strengthen testimonies and broaden viewers understanding of the Prophet Joseph’s submission to imprisonment.