My Favorite Books of 2017 | Meridian Magazine 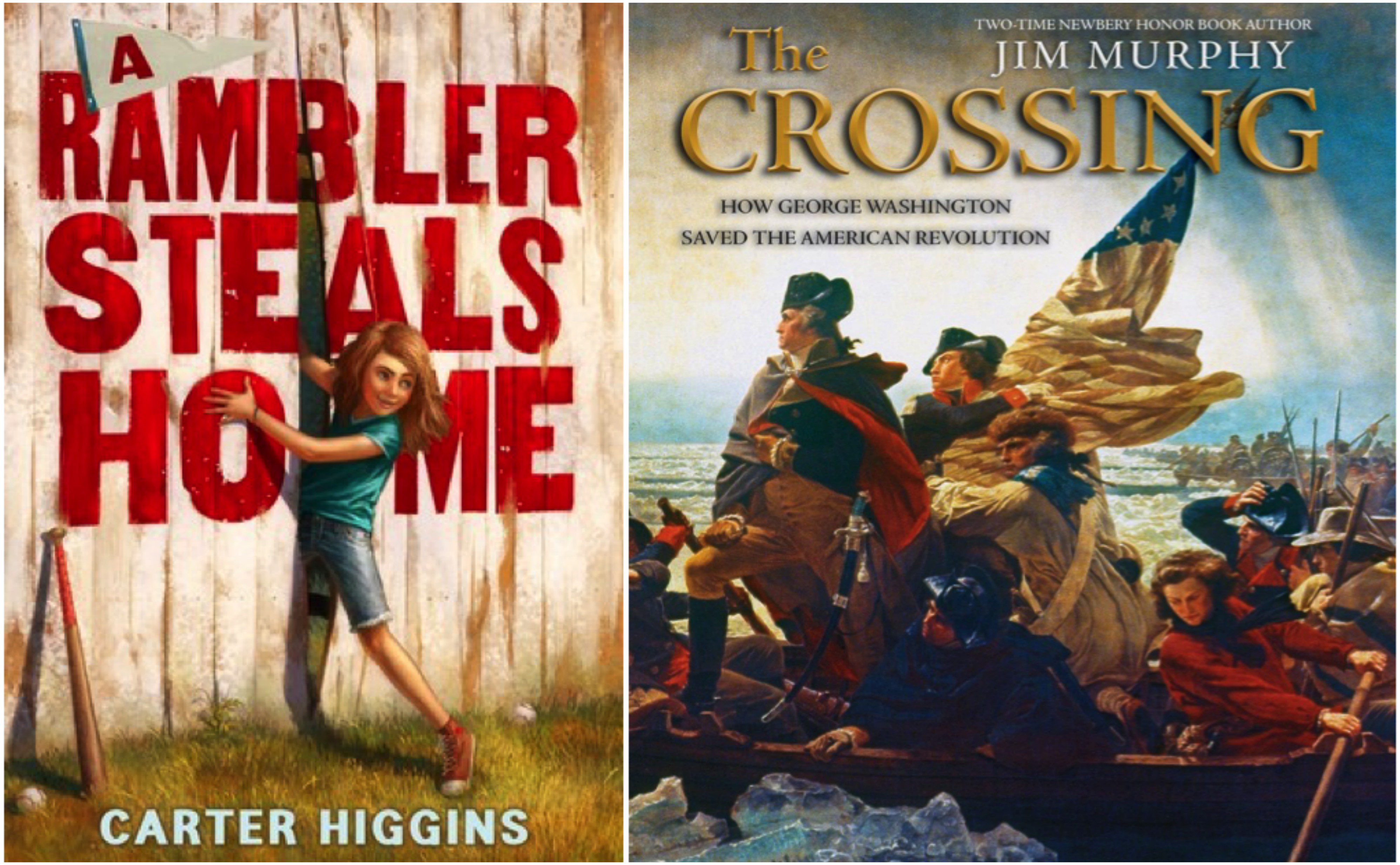 The year is almost over and I have compiled my favorite books from 2017 geared for ages nine and older unless otherwise indicated.

A Rambler Steals Home, by Carter Higgins, has a family traveling throughout the year in their old Rambler until summer arrives. Then they settle in to small town Ridge Creek. This is where they break open their grilling abilities and sell burgers and fries after every minor league game at the old run down stadium. The story is beautifully written and emphasizes the importance of traditions and home.

Projekt 1065: A Novel of World War II, by Alan Gratz, is full of mystery, intrigue and espionage.  Young Michael and his parents have recently moved from their home in Ireland to Germany to live, when the war breaks out. Michael is already enrolled in school when he becomes part of the Hitler Youth Group. But, he along with his parents, are harboring a secret: they are all spies. This courageous family has several near-death experiences in order to help the Allies.

The Borrowers (A Complete Set Compilation), by Mary Norton, contains all five of these classics in one large book. These stories were first written in 1953 and have recently been reissued many times. The stories are about a tiny, miniature family that live underneath the kitchen floor for ages seven through ten.

Hogwarts Library, by J. K. Rowling, is a set of three books detailing life in this magical wizard school. These brilliantly written books are “Fantastic Beasts and Where to Find Them”, “Quidditch Through the Ages,” and “The Tales of Beetle the Bard”. The illustrations found throughout are delightful.

The Crossing: How George Washington Saved the American Revolution, by John Murphy, informs the reader about how the early battles in New York and New Jersey helped make Washington a tremendous strategist and military commander. The events leading up to the battles of Princeton and Trenton are gripping and it’s evident how the troops respected and honored their general. This book is full of pictures that go along with the event. This outstanding book is a must for all families to appreciate the great leadership and sacrifices that took place.

Braced, by Alyson Gerber, has seventh-grader Rachel finding out that she has scoliosis and now must wear a brace from her neck to her waist twenty-three hours every day. She has to quit her soccer team and now feels very self-conscious with everyone staring at her at school. Rachel is uncomfortable in the brace, but putting up with the negative attention is even more frustrating. This is a very enlightening story that will open the eyes of all ages.

Who Killed Darius Drake, by Rodman Philbrick, begins with young orphan Darius (who is not killed) as he attempts to figure out who is threatening him. He decides to employ the school bully by paying him with candy and accompanying him to a creaky old house where the threats could be coming from. His ultimate discoveries only lead him to more mysteries. The friendship that evolves from this unlikely duo along with the mysteries surrounding Darius will propel you to the end.

The Princess and the Page, by Christina Farley, has Keira’s life turning upside down when she writes one of her many stories with a pen she is forbidden to use. But her life is about to turn upside-down when she uses it. But as soon as she uses this pen, magical things begin to happen. Be ready for an adventure richly woven in mystery and fantasy for ages eight and up.

Jasper and the Riddle of Riley’s Mine, by Caroline Starr Rose, is a historical fiction that takes place in the 1800’s during the Klondike Gold Rush. Young Jasper, along with his older brother, sets off to seek fortune. follows him and soon When he overhears men talking about how Old Man Riley has just died leaving piles of gold behind along with clues to solve to locate his gold. Soon Jasper and his brother are hot on the trail of the clues.

The Tiny Hero of Ferny Creek Library, by Linda Bailey, and delightful black and white drawings sprinkled throughout by Victoria Jamieson ,has young Eddie, who is a bug, attempt to discover what happened to his Aunt Min. Eddie lives behind the fourth-grade chalk board. But when his dearly loved aunt never returns from going to the school library, he realizes he must go investigate. Tiny Eddie must brave the school halls when he discovers something amazing for ages seven and up.

Lost in the Pacific, 1942, by Tod Olson, is a non-fiction about survival. This little-known event began when a U.S. airplane carrying eight men across the Pacific Ocean attempted to land on a tiny island. But with their limited technology for that day, they couldn’t locate the island and eventually ran out of fuel. They crash landed in the water and then attempted to survive on limited water and food. The book gives tremendous insight into difficulties during World War II.

Restart, by Gordon Korman, demonstrates to kids that we all have the ability to change and improve our behavior. Chase has just woken up in a hospital room. He soon discovers that he fell off his roof and hit his head.  Now he can’t remember anything. The second chapter is a different viewpoint from another student at his school and shows who Chase really is: a self-absorbed person who bullies kids less popular. Throughout the book, as Chase learns more about who he is, he has a chance for redemption.This book has a powerful message all kids should read.

Holly, do you have a site or blog where I can see your book lists, recommendations and top books for other years?

My wife & I do most of our pleasure reading in the car listening to CD s. We read a lot every year and have 100s. We always enjoy the ones by Clair M Poulson, He has a lot of books out he does at least 2 or 3 a year. one of his 2017 releases we enjoyed very much was The Search. Featuring a young private eye Jayden Spaulding and a woman pro basketball player Nadia Fairchild who in looking for her mother and a friend.