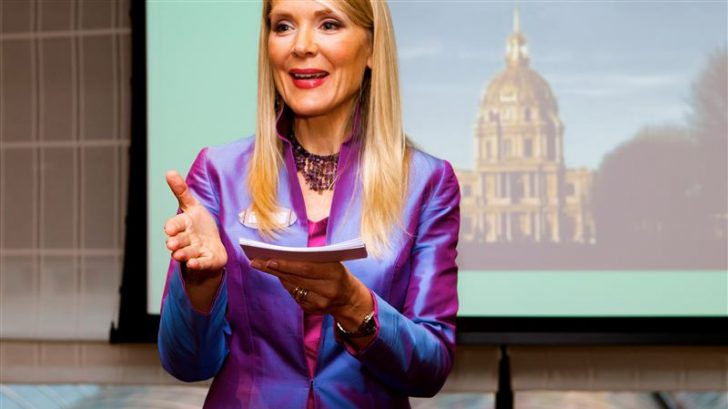 This story is from the Standard-Examinar by Cathy Mckitrick.

Soon after President Donald Trump’s inauguration in January, a small group of Mormon women privately discussed their mutual concerns about where the nation was headed.

But none of them dreamed those conversations would launch an activist organization that quickly attracted thousands of members.

“I call myself an accidental activist,” Sharlee Mullins Glenn, founder of Mormon Women for Ethical Government, said of the role that now consumes a large chunk of her time. The Pleasant Grove author of children’s books initially started a closed Facebook group where she and some close friends could air their distress.

In her welcome letter on MWEG’s website, Mullins Glenn said, “These are strange times. Many of us are reeling, aghast at what is happening, dismayed (if not horrified) by what we are hearing on the news and reading in the headlines each day.” Mullins Glenn urged members to get in the fight using the tools of kindness and civility, echoing the advice of former First Lady Michelle Obama: “When they go low, we go high.”

“We wanted to express our frustration with (Trump’s) unethical behavior, words and actions,” Glenn said of the group’s 15 to 20 initial participants. Those individuals soon added friends to the closed group, who in turn added more friends. “Within days we had hundreds of members, and within two weeks 4,000. It snowballed and touched a nerve out there.”

Read the full article on the Standard-Examiner.

The news media and Hollywood are wildly anti-Trump no matter what he does. Are these ladies just joining the popular kids in the great and spacious building?

Where was the civic group when the Contitution was being eviscerated by the past several presidents? It seems to me that a political group who believes the Constitution was inspired of God should be more outraged and concerned about the Constitution hanging by a thread than the coarse personality traits of our president. Especially when he defends the Constitution more than any other in recent times. One of many examples: Obama, Michele and Hillary did more to promote the killing of the unborn than any other political figures. Where's the outrage? Talk about straining at gnats and swallowing camels. I'm afraid these ladies are missing the mark.