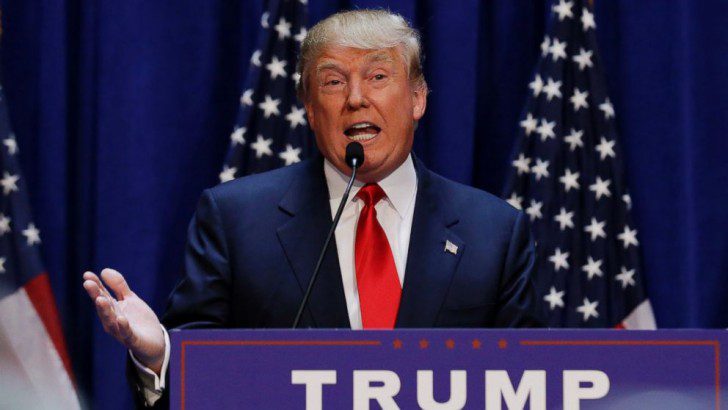 The biggest news about Latter-day Saints this week, as Utahns vote in their caucus on March 22, is how much they dislike Trump. This article is written by McKay Coppins for BuzzFeed.

Speaking before one of his smallest crowds this campaign season, Donald Trump declared Friday night at a rally in Salt Lake City that he loves the Mormons.

The feeling does not appear to be mutual.

So far in 2016, members of the Church of Jesus Christ of Latter-day Saints have proven to be one of the most stubbornly anti-Trump constituencies in the Republican Party — a dynamic that will likely manifest itself in Utah’s presidential caucuses next week.

National polling data focused on Mormon voters is hard to come by, but the election results speak for themselves. Even as Trump has steamrollered his way through the GOP primaries, he has repeatedly been trounced in places with large LDS populations.

In Wyoming, the third-most-heavily Mormon state in the country, Trump was able to muster just 70 votes in the low-turnout Republican caucuses there — losing to Ted Cruz by a whopping 59 points.

In Idaho, the country’s second most Mormon state, Trump lost the primary by 18 points.

And in the Mormon mecca of Utah, the most recent primary poll has Trump in third place — more than 40 points behind Cruz and 18 points behind Kasich.

See rest of  the article here.

And in other news here is the headline from the New York Magazine.

According to a new Deseret News/KSL poll, if Donald Trump becomes the GOP nominee, the voters of Utah would opt for a Democratic candidate for the first time in over 50 years. Poll respondents said they would support either Hillary Clinton or Bernie Sanders over Trump, though Clinton was only two points ahead of Trump in the poll, falling within the margin of error (as opposed to the 11 points Sanders has over Trump). As many as 16 percent of respondents said they would skip the election, altogether, if Trump was the nominee. The survey also indicated that either John Kasich or Ted Cruz would defeat the Democratic candidate if they were nominated.

It’s only one poll, but that didn’t prevent it from shocking Chris Karpowitz, the co-director of Brigham Young University’s Center for the Study of Elections and Democracy. Said Karpowitz to the News, “I know it is early and these things can change. But the fact that a Donald Trump matchup with either Clinton or Sanders is a competitive race is a canary in a coal mine for Republicans.”

I have been a MORMON for over 40 years, and I Am Voting For Trump. I understand the plan of salvation and am choosing accordingly. I had to make a decision in the premarital existence, I need to be consistent not to follow the plan that Lucifer was offering, because as of present it has not changed. Global Agenda is of Satan and all of the other candidates adhere to it. One stands out from the crowd, strongly and boldly.... for me, it is very plain, obvious, and easy to discern.