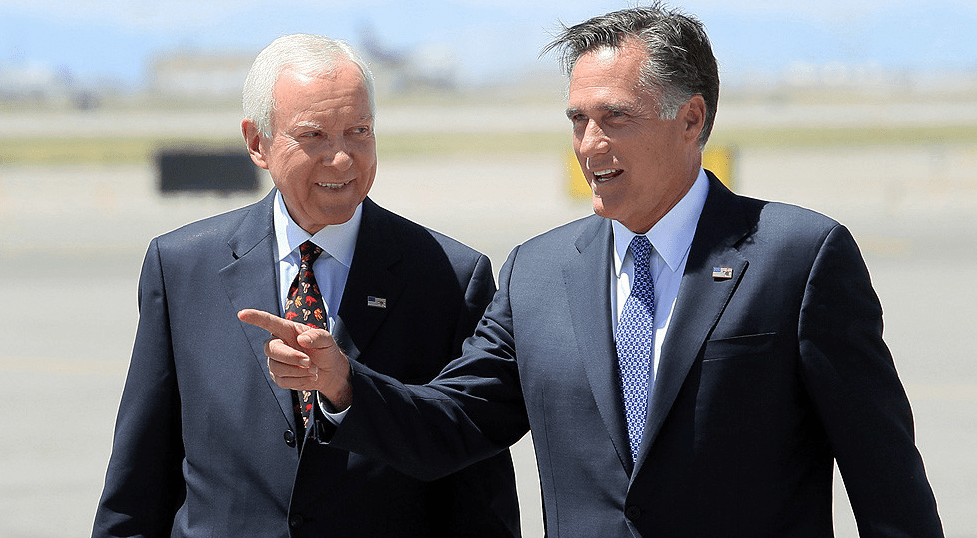 Mitt Romney is edging closer to a 2018 Senate run.

The former GOP presidential nominee is huddling with Utah’s class of GOP power brokers, contacting the state’s major political donors, and hitting the trail for candidates running in local races amid mounting speculation that the state’s longtime senator, Orrin Hatch, will retire. Romney is also raising money for House and Senate Republicans, winning him favor with GOP leaders ahead of a treacherous midterm election.

Last week, Romney attended a high-profile gala in Salt Lake City hosted by the Sutherland Institute, a prominent conservative think tank. The event drew a number of notable Utah political figures, including Sen. Mike Lee and Utah Senate President Wayne Niederhauser. Romney shared a table with former Gov. Mike Leavitt, a longtime supporter he’s been in touch with amid his deliberations. He also had a private conversation with the night’s featured speaker, conservative commentator Bill Kristol.

Kristol declined to say what the two discussed. But, he said, “Assuming Sen. Hatch retires, I hope Mitt runs. He’d be a very good senator.”

The Senate might seem like an unexpected landing place for the 70-year-old former Massachusetts governor and two-time presidential candidate. Yet those who’ve spoken with Romney in recent days are convinced he’s prepared to jump in.

To read the full article on Politico, click here.

I would happily support someone willing to stand against the flood of corruption that rolled in with the current administration.

Bravo Mitt! Please go for it!