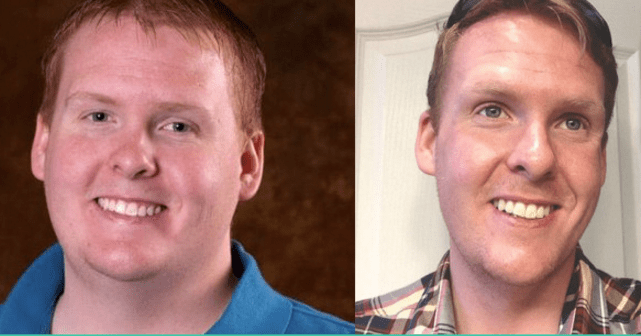 On a Tuesday afternoon I called a recently returned missionary named Riley Murdock, he sounded calm, converted and hopeful for the future. I asked him to tell me a bit about his story. Riley began by explaining that he spent his formative years quite overweight. At the peak of his size he weight over 460 pounds, (208.6kgs).

Riley turned 18 just as the church was ‘raising the bar’ (qualifying standards) on missionary service. These raised standards included, among other things, tighter regulations on a missionaries weight due to the physical demands of missionary service. However, when Riley submitted his papers he was not aware of these changes, so it was a huge disappointment to have his mission application declined.

For four years he struggled trying to figure out who he was and where he stood, “There were a lot of dark moments. I was always at the brink of less activity, I was so tired of hearing people ask me why I wasn’t going on a mission?”.

At age 22 he attempted again to submit his papers. He felt like it was finally his time to serve, even though he knew he was still over weight. Again, his application was declined.

This was devastating for Riley who twice had the ‘160 pound (72kg)’ gap separating him from his mission. Three years then passed and Riley, now 25, knew he was soon to reach the missionary cut-off age of 26.

He felt like he’d given a ‘mission’ his best shot. Finally Riley said, “I told the Lord that I must have messed up somewhere along the way and that I was sorry I could not get out to serve Him.”

Riley’s deep fear of not being able to serve a mission was a scary reality that he finally accepted. He said, “prayer was incredibly real and sobering to accept the consequences of something you knew you should have done, but couldn’t.”. Riley had practically given up hope.

To read the full article on MissionGeek, click here.