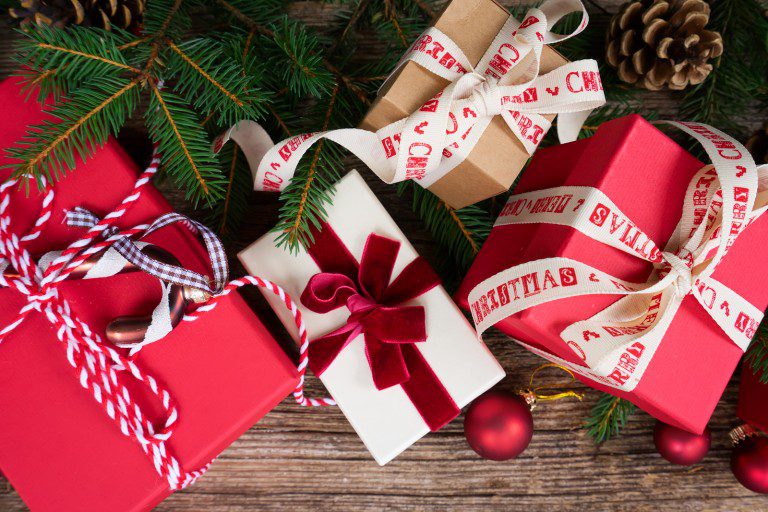 As I write, Black Friday is upon us, followed by cyber Monday, which is not that unusual since every day ads coming streaming into my email that say “Don’t Miss This,” and “This day only.” So, with Christmas coming, I have been contemplating gifts, and I realize that not one of my favorite gifts came from a store.

That is not to say that I haven’t received astounding, thoughtful gifts over the years, but in memory, what jumps out to me are not the things that are tied with a bow. Instead, it is a category of gifts that I like to call the “I see you” variety. Some of them have come at Christmas and some at random other times, but this is what they have in common.

I felt recognized, and known, and seen by that other person who felt to remember me. In this world where loneliness can reign, when isolation makes us cry even in the midst of a crowd, and where we wonder if we are ever known, suddenly there is this dash of light and someone says to us in word or deed, “I see who you are. I see your heart. I look at you fully, not just how you are presenting yourself right now. I sense your light. I sense your spirit. You matter to me in all your raving, quirky individuality.

This is good for me, because when I was younger as the mother of eleven children, I dreaded Christmas coming. I had to take a deep breath, starting early in September, because it felt like so much pressure to create a bit of magic for that many people. I shopped and wrapped and listened closely when they expressed a wish and it was really exhausting. By Christmas day, I was numb with fatigue and even though I also loved every minute of the spree, what I loved the most hadn’t come from a store, nor could it. I just loved being with these people I knew so well, from their earliest lisps, gathered in a circle around our tree. These faces were heaven to me.

I have wondered if most gifts which are material are nice, but so forgettable, do I need to rethink my gift giving? Here are —-gifts that stand out in memory for me.

Santa did the Christmas Eve Duty

With such a large family, we used to stay up on Christmas Eve very late, because, of course, you can’t start the Santa routine until everyone has retired and “put on their cap for a long winter’s nap.” That means we started well after 10 and continued past midnight. Then it would be 1:00 a.m. and then 2:00. Around us on those starry nights, other parents in our neighborhood would also be up. We felt an unspoken camaraderie with them because we could see their window lights, too, were glowing against the darkness.

Yet one by one, their lights would flip off, until my husband, Scot and I, would be the last, burning the midnight oil until our eyes were dim. It was just so many stockings to fill and so many toys that required assembly.

We learned to be very suspicious of the term “Some assembly required.” My mind would be boggled at the 50 steps to assemble some items, blurred with sleep deprivation at about step number 10. Why didn’t we do this earlier, you might ask? Because we had 11 children, of course, and there was no earlier. Earlier already had its very big allotted tasks.

One year, I was trembling with exhaustion and the children were still awake. I said to Scot, “I am just going to take a little nap before we get started. Please wake me in twenty minutes.”

The next thing I knew, I awoke and it was Christmas morning. OH NO! What have I done? I rolled over, nearly hysterical about my faux pas, imagining 11 disappointed faces. “I have ruined Christmas for everybody, for ever.”

Scot, said, “No worries. I got it all done. You were so tired, I just couldn’t find it in my heart to wake you up.” He later told me, that was a long night, taking on the duty alone. 1:00 am became 2:00 am and on, but he found real joy in giving me rest.

I don’t remember one other gift from that Christmas, but I will never forget the kindness of a husband who took on a big job alone because his wife was so agonizingly tired.

You Can Ask Santa for Anything

One year our family was invited to a large company party where a Santa had been hired to put each child on his knee. Unbeknownst to our children, I was pregnant, which, for me, was often accompanied by morning sickness.

Our oldest daughter, Melissa, was more concerned about what for her was my nonspecific fatigue and nausea than I knew. When it came to be her turn to talk to Santa, she did not ask for toys or a new doll. Instead she said, “I only want one thing for Christmas. I just want my mom to feel better.”

I hadn’t heard this selfless request, but Santa made sure he came and told me. Of course, Melissa’s wish was granted. Not only did I feel better, but a new baby came to our house that year.

Then, the next year at Christmas, we went to that same company party, and that same Santa was there. With such an unusual, loving request from Melissa, he remembered her and her wish. When he put her on his knee, he said, “Does your mother feel better. Did you get your Christmas wish last year?”

Before this, Melissa, had been on the verge of disbelieving, but with a Santa who remembered her so specifically, she held on to the Santa magic for a while longer.

As for me, I will always think of that child who noticed that I didn’t feel well and wanted more than anything to see me better again. Who was this girl that I was so tied to and even through a child’s eyes could see me? What ancient connection did we have?

Melissa passed away two years ago unexpectedly, leaving a hole that I feel quite specifically at this time of year (and every day). But I see her light out of the corner of my eye whenever I see a Santa Claus. There she is again for me, a little girl, a wisp of light, that gave a request to Santa that I will never forget.

Though she is gone, I pray for her constantly, sending my requests, not to Santa, but to God, that she be blessed, as she sought to bless me one winter day many years ago.

I Hadn’t Noticed the Hat

We have a tall, strapping son, who is the picture of kindness. When he was little, he used to call me on the phone and leave two minutes worth of kisses. I love this boy, and he has always known how to touch my heart.

Yet, I was worried about him at one small point in high school, because he began to grow out his hair. I didn’t know if it was a style choice or a sign that he wished to rebel. Either way, I was not a fan and I said to him often, through that long ago autumn, how much I wished he would cut it. He always resisted, insisting he liked it just the way it was. I didn’t make it a demand because it wasn’t worth hurting our relationship over, but nonetheless, it bugged me.

Then on Christmas morning, I got a flat rectangular box from him as a gift. It was the kind you’d see from a clothing store, so nothing gave away how remarkable this gift would be to me.

Taking off the lid, I first saw a quote from Ralph Waldo Emerson:

“Rings and jewels are not gifts, but apologies for gifts. The only gift is a portion of thyself.”

Beneath the tissue paper and quote was his hair, his locks of hair, which had been carefully shorn from his head to please me. I hadn’t noticed that he had been exclusively wearing a baseball cap for a couple of days around me. Now he whipped it off to display the best haircut a mother could ever dream of.

How incredibly thoughtful. I just cried. It wasn’t that cutting his hair was that important. It was that he knew it mattered to me. He saw me, the mother who was trying to do her best, and somehow needed to know that her son was not rebelling. He really had given a portion of himself with that hair.

The Coupon Book that Keeps on Giving

I was blessed by a coupon book from our daughter, Mariah, one Christmas when she was 18. We could see that she had a tremendous gift for writing and had begged her to write a regular column on Meridian. She didn’t seem interested, but at Christmas, the coupon in that book that caught my eye said, “I will begin writing for Meridian.”

We knew that at 18, she was scared to take that on, but she did. She didn’t write only once, but nearly every week through college and beyond to this day. Who can count the importance of that gift that cost Mariah nothing—and since then everything?

A Thousand Every Day Gifts

When I think about the gifts that don’t come from the store, my heart begins to swell, because I see that, in reality, so many gifts are given to me every day. It is like a meteor shower, with more lights per hour than I could count. I can choose not to see them, but if I will, every day is Christmas.

I feel the gift when the Lord whispers anything in my ear and I hear it.

I feel the gift when my husband takes my hand.

Even when everything is stripped from us, and we are like aspen in the winter whose bark has been cleaned bare by the deer, we have more gifts given to us than we could ever imagine. Having eyes to see is the thing.

Perhaps life is an exercise in practicing to see the gifts, and be pleased and thrilled with these gifts that don’t come from the store. They deserve our delight.

The year that Eliot gave me his hair for Christmas, he left off the last phrase of the Ralph Waldo Emerson quote. The whole thing reads like this:

“Rings and jewels are not gifts, but apologies for gifts. The only gift is a portion of thyself. Thou must bleed for me.”

Jesus Christ gave the ultimate I-see-you gift. He saw us in our fragility and bled for us. His gift was not just a portion of Himself, but all He had to give.

A treasure without a cost to us, but an unfathomable cost to Him.

You brought a tear to my eye as I read how you endured the “Easy” for the large toy boxes. We have 12 children and often saw 3:00 to 4:00 am sessions following the “Easily Assembly” instructions. Thank heavens we endured and are now blessed with Grandchildren who have blessed us with Great Grandchildren. I agree that being recognised is much better than “things”.

Thank you Maurine, for this beautiful and timely reminder in this season of frantic shopping and preparation. It will continue to be a reminder to me to remember His birth and His ultimate gift to all.