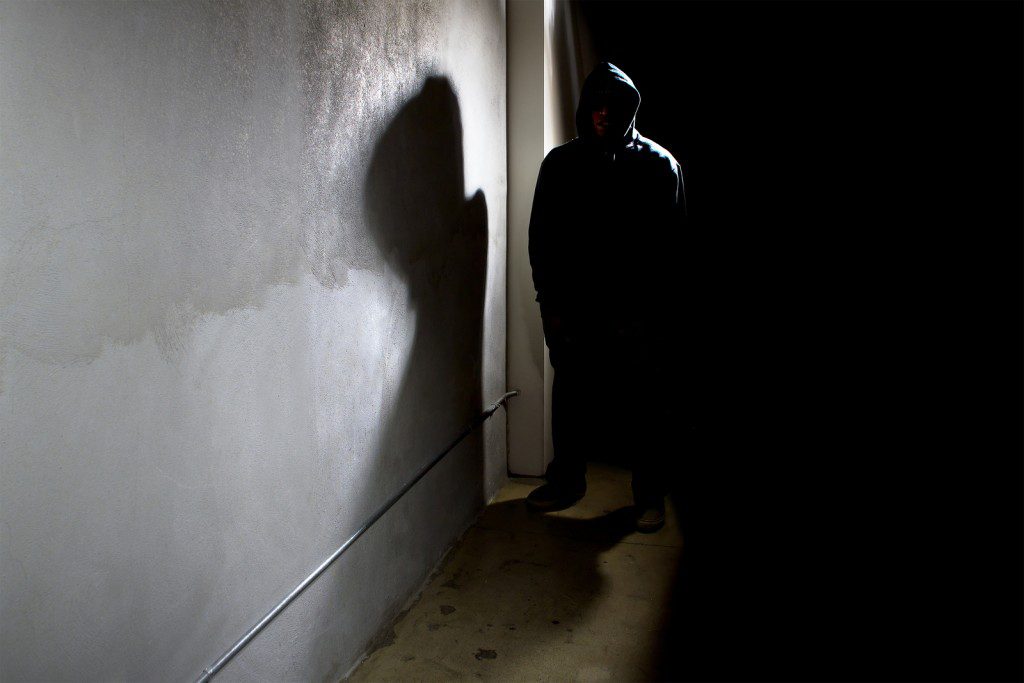 Corianton’s interview with his father teaches us lessons about chastity, and also about how to be a good father. Part of Mormon’s intent in recording so much of Alma’s instructions to his three sons must be to teach us what kinds of things parents must do for their children–all kinds of children–and Helaman, Shiblon, and Corianton are about as different as three sons can be.

As I thought about the problems Corianton’s father identified in his son’s conduct, I noticed this about Isabel: “She did steal away the hearts of many” (Alma 39:4).

The idea of having one’s heart stolen by her, by immorality, reminded me of verses from Proverbs and I spent time there reading the warnings of the author (probably Solomon) about immorality.

Solomon tells us this: “I looked through my casement, And beheld among the simple ones, I discerned among the youths, a young man void of understanding, Passing through the street near her corner; and he went the way to her house . . .” (Proverbs 7:6-8).

Glancing through his window he sees a simple, innocent young man headed for “her corner” where he would pass by “her house.” The text makes it clear that this young man does not understand his danger. Perhaps he is motivated by curiosity, perhaps by a less innocent inclination. Clearly, like Corianton, he is confident of his own strength and wisdom (Alma 39:2). “I am smart enough and strong enough to handle this. I’ll just go take a look at her and her house.”

He makes his reconnaissance “In the twilight, in the evening, in the black and dark night . . .” which suggests that what is happening here may be more than idle curiosity. And then . . . “behold, there met him a woman with the attire of an harlot, and subtil of heart. (She is loud and stubborn; her feet abide not in her house. Now is she without, now in the street…)” (Proverbs 7:9-12). Immorality is no longer confined to “her house.” She has walked boldly out the door and is in the streets.

“Is any lesson more abundantly clear in our present society? We are coming apart at the seams. Anyone can see that. Just read any newspaper any day. Evil has unclothed herself and walks the streets in brazen, impudent defiance” (Boyd K. Packer, “What Every Freshman Should Know,” Ensign, Sept. 1973, 38).

Dr. Pitirim A. Alexandrovitch observed that

“A consuming interest in sex has so penetrated our national culture that it has been estimated we encounter some kind of sexual lure every nine minutes of our waking day” (Time Magazine, 11 Jan. 1954).

Every nine minutes? In 1954? Where are we now? This chapter of Proverbs offers a profound observation about this: she “lieth in wait at every corner” (Proverbs 7:12). In our day she is waiting at more corners than ever.

I imagine that in Solomon’s world, corners were gathering places where people met to discuss business and the day’s events and the well-being of families. They were the places where lives and streets intersected. But Solomon knew a day would come when she would be there too, on every corner, lurking behind almost every movie marquee, waiting for the invitation of one unguarded keystroke, infiltrating nearly every TV program. And it is not just that she is there. She “lieth in wait” there.

The implications of those three words are chilling. The legal definition of “lying in wait” includes the following: “Lying in wait is a waiting and watching for an opportune time to act, together with a concealment by ambush or some other secret design to take the other person by surprise.”

It requires a great effort not to see the adversary “lying in wait” for innocent people to wander by and stumble into his traps.

I participated in an elder’s court in the mission field. A missionary had called the President one morning to report that when he awoke his companion was not in the apartment. He had not been able to find him. The President set aside all mission business and flew to the city where this elder had been assigned. Proselyting ceased in that zone and dozens of elders circulated in the area with photographs and inquiries. They found him in a hotel room with a young lady. When the President returned to his office, I got a phone call to come to a court.

The elder told a story something like this: he was discouraged with the work and his companion and himself. One sleepless night, he arose and went for a walk alone. Nothing happened. The solitude was invigorating. The night air, one imagines, was refreshing. He returned home feeling better. No one knew he had broken a rule, and he was not worried. He was certain that he was strong enough and smart enough to handle an hour or two alone.

Later, when the pressure built up again, he walked again. And then again. He was emphatic in saying that nothing inappropriate ever happened. But someone was lying in wait at a corner. One night he met a young lady, “I think he said she was 16,” a prostitute. They talked. They only talked. He went home, still safe and confident. But the trap was being carefully baited. He spoke to her again on a later excursion, perhaps on several. And then one morning he was not at home.

“So she caught him, and kissed him, and with an impudent face said unto him, I have peace offerings with me; this day have I payed my vows. Therefore came I forth to meet thee, diligently to seek thy face, and I have found thee. I have decked my bed with coverings of tapestry, with carved works, with fine linen of Egypt. I have perfumed my bed with myrrh, aloes, and cinnamon. Come, let us take our fill of love until the morning: let us solace ourselves with loves . . . With her much fair speech she caused him to yield, with the flattering of her lips she forced him” (Proverbs 7:13-21).

Of course the young lady this elder met was not the problem; at least, not the only problem. Invitations to immorality wait at every corner in world. This young lady may not have been lying in wait. But immorality was, and Lucifer was.

He went with her.

“He goeth after her straightway, as an ox goeth to the slaughter, or as a fool to the correction of the stocks; Till a dart strike through his liver; as a bird hasteth to the snare, and knoweth not that it is for his life” (Proverbs 7:22,23).

How could this elder have known when he left his apartment that first night to take a walk, “that it [was] for his life”?

Solomon ends this chapter with a powerful lesson:

“Hearken unto me now therefore, O ye children, and attend to the words of my mouth. Let not thine heart decline [what a nice verb: not “incline” but “decline”] to her ways, go not astray in her paths. For she hath cast down many wounded: yea, many strong men have been slain by her. Her house is the way to hell, going down to the chambers of death” (Proverbs 7:22-27).

I spent a few minutes lying in wait when I was young. My older brother and I were sleeping in the apartment behind the house (actually a remodeled, unattached garage with beds and a stove) since the two-bedroom house would not accommodate the entire family. I left the house one night on the way to bed and noticed a large, empty trashcan by the back steps. I knew Larry was only moments behind me and a devious idea sprang into life. I climbed in the can, put the lid on loosely, and waited for the back door to open.

When it did, I threw off the lid, leaped up, and screamed loudly. I do not remember all the details except that my brother collapsed. Not a sound escaped him. He just went down. I suddenly realized that I was in trouble. He was four years older and a lot bigger. I climbed out of the can and started running. I knew that if he caught me I would be residing at the mortuary. When I saw him next he had calmed down. He said, “Do you know you can scare someone to death?” And I said, “I thought I had.”

But immorality, even though it is lying in wait at every corner (in every garbage can), hardly ever leaps from the darkness screaming. Lucifer works hard to make sure that we are enticed rather than terrified. He hangs his invitations with tapestries and fine linens. He perfumes them with myrrh, aloes, and cinnamon. He speaks of them with fair speech and flattering lips.

Solomon gives one final warning about immorality: here it is.

“For she sitteth at the door of her house, on a seat in the high places of the city, To call passengers who go right on their ways: Whoso is simple, let him turn in hither: and as for him that wanteth understanding, she saith to him, Stolen waters are sweet, and bread eaten in secret is pleasant. But he knoweth not that the dead are there; and that her guests are in the depths of hell” (Proverbs 9:14-18).