Listening to the Lord | Meridian Magazine 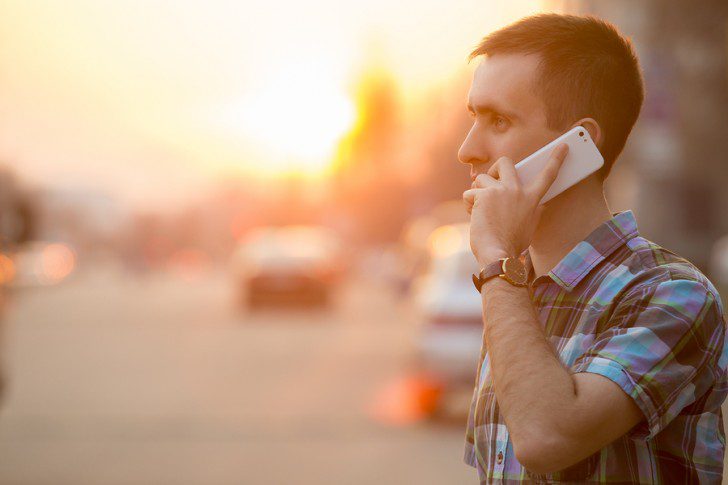 Listening to the Lord

I had an interesting insight last week as I was studying D&C 63-65.  The first verse of D&C 63 looks like this:

Hearken, O ye people, and open your hearts and give ear from afar; and listen, you that call yourselves the people of the Lord, and hear the word of the Lord and his will concerning you (D&C 63:1).

The material sounds like a lot of other material in the D&C, but I noticed something.  Here is the verse with some parts emphasized:

Hearken, O ye people, and open your hearts and give ear from afar; and listen, you that call yourselves the people of the Lord, and hear the word of the Lord and his will concerning you (D&C 63:1).

At the beginning of this revelation, the Lord said the same thing, or the same kind of thing, five times in one verse: Hearken, open your hearts. give ear, listen, and hear.  These words and phrases have slightly different meanings, but the purpose behind them is nearly identical.  You must pay attentions to what I have to say!

It must be frustrating to try to communicate with someone who is not listening.  I was a teacher for almost 40 years.  I asked students to pay attention “to listen” a thousand times.  But I am, relatively speaking, a bottom feeder.  I am nobody that anybody knows or cares much about.  I’m just a teacher, for heaven’s sake!  I expect to have to encourage people to listen sometimes.  But the words in D&C 63:1 come from the Lord.  Why would He have to tell us to pay attention?  I remember when Larry Miller called me.  The mention of his name earned my immediate and undivided attention, even when I was not certain it was the Larry Miller.  Elder Joseph B. Wirthlin’s office called me a couple of times on a matter of business.  Once I knew who was calling, I did not need five repeated invitations to pay attention.

When the Stake President calls; when my wife calls; when one of my children calls, I make a meaningful effort to hearken without being charged to do so five times.  Now, when the friends of my daughters call, I make a meaningful effort to get someone else on the phone as rapidly as possible. But that is because I am pretty sure that they do not have anything to say that I need to hear.

However if the phone rang and, when I answered, the Lord said, “Ted, it’s your Savior.  I have a message for you,” I don’t think I would need any additional reminders or motivations to listen.

But when we open the D&C and read, “Listen to the voice of Jesus Christ, your Redeemer”  (Doctrine and Covenants 29:1), The Lord seems to think we need to be coaxed to listen.  He goes on to say,

Listen to the voice of Jesus Christ, your Redeemer, the Great I AM, whose arm of mercy hath atoned for your sins; Who will gather his people even as a hen gathereth her chickens under her wings, even as many as will hearken to my voice and humble themselves before me, and call upon me in mighty prayer (Doctrine and Covenants 29:1-2).

In the Doctrine and Covenants He often does more than extend a directive to pay attention.  He gives his credentials.  It is almost as though He is trying to make clear to us why we should listen.  For example, in D&C 63, after asking us five times to listen, the Lord says,

Yea, verily, I say, hear the word of him whose anger is kindled against the wicked and rebellious; Who willeth to take even them whom he will take, and preserveth in life them whom he will preserve; Who buildeth up at his own will and pleasure; and destroyeth when he pleases, and is able to cast the soul down to hell. Behold, I, the Lord, utter my voice, and it shall be obeyed (Doctrine and Covenants 63:2-5).

There are some great incentives to listen in these verses: 1) His anger is kindled against the wicked and rebellious; 2) He controls life and death; 3) He builds and destroys at his own will; 4) He can send people to hell; and 5) when He utters his voice, “it shall be obeyed.”

Here are a few other examples of this kind of thing:

Behold, and hearken unto the voice of him who has all power, who is from everlasting to everlasting, even Alpha and Omega, the beginning and the end (Doctrine and Covenants 61:1).

Behold and hearken, O ye elders of my church, who have assembled yourselves together, whose prayers I have heard, and whose hearts I know, and whose desires have come up before me. Behold and lo, mine eyes are upon you, and the heavens and the earth are in mine hands, and the riches of eternity are mine to give (Doctrine and Covenants 67:1-2).

This reminds me of the experience of Samuel, who had moved in with Eli to give his life to the service of the Lord.  When the Lord called him and he understood that it was the Lord, he said, “Speak; for thy servant heareth” (1 Sam 3:10).

We know whose voice is speaking in the D&C.  The Lord said, “Verily, verily, I say unto you who now hear my words, which are my voice . . . (Doctrine and Covenants 84:60), and our response, even if not verbal, ought to be, “Speak; for thy servant heareth”

But perhaps we do not act like we know who is speaking.  Perhaps the Lord, in His anxiety to get a message to us, feels compelled to emphasize the importance of listening.  Why else would He need to say “hearken” 67 times in the D&C? Or “behold” 479 times. “Listen” appears 19 times, and “give ear” 7 times.  Why else would He continually remind me of who and what He is?

As I read this I thought an earlier question I had been pondering for a Gospel Doctrine lesson about how we can avoid being deceived and the idea of "treasuring" His word. I thought how better to treasure then to constantly be "listening" when we are reading and pondering His words.

These things we need reminders. God is often - sometimes always speaking to us. Often we cannot hear His still small voice - we need to be silent - something that is almost non-existent in our world, yet we seek his inspiration while focused and occupied in a world of never-ending chatter and noise - and then we sometimes wonder why our prayers are seemingly not answered. God is always faithful and seeks to be part of our lives - it is we who cannot be still and quiet long enough to respect His efforts to connect with us. Thanks for your fine article.