Lessons from the Restoration: Asked to Leave Their 3-Year-Old Behind | Meridian Magazine 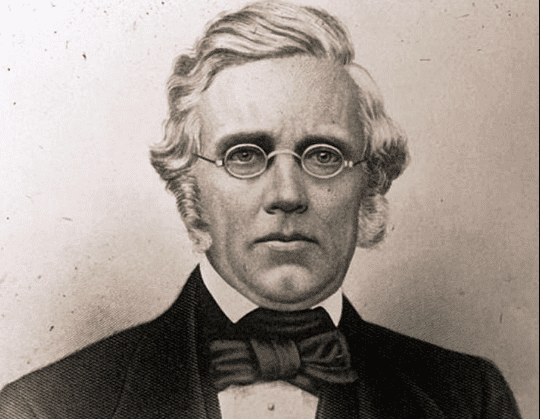 Lessons from the Restoration: Asked to Leave Their 3-Year-Old Behind

Levi Richards (1799–1876) . . . was a physician who often tended the Prophet Joseph Smith. The Prophet once remarked that Levi Richards “is the best physician I have ever been acquainted with.” Levi and his wife Sarah Griffith married late in life—he was forty-four and she was forty-one. When their only child, Levi Willard, was born in 1845 at Nauvoo, the parents naturally felt a special love for him. Therefore, it was a severe test to them when in 1848 President Brigham Young called them both to serve a mission to Great Britain, with the suggestion that they send their only child to Utah.

President Young promised them that their child would live if taken to the Salt Lake Valley in their absence, adding that he could not make that promise if they took him with them to England. In a difficult test of their prayers and faith, Levi and Sarah Richards trusted in the Lord and in his prophet and left their three-year-old son Levi W. in the care of his aunt Rhoda Richards Smith. During that time Aunt Rhoda kept their memory alive for the boy by frequently showing him the pictures of his parents, reading their letters to him, and talking to him of them.

Levi W. Richards (1845–1914) was finally reunited with his faithful parents after their five-year mission. He also remained devoted to the Church throughout his life, serving as secretary of the Deseret Sunday School General Board from its organization until his death, and as a temple ordinance worker, ward clerk, president of stake priesthood quorums, and patriarch. (D. Michael Quinn: “They Served: The Richards Legacy in the Church,” Ensign, Jan. 1980, p, 27 [25-29])

This story is unusual enough to cause some reflection. Why would the prophet and the Lord separate both a mother and a father from a 3-year-old child for five years? What were the lessons that needed to be learned? What curriculum could only be taught (or be taught best) in such a way? I don’t pretend to know the answers to these questions, but I am confident that this baby, for his whole life, whenever the prophet or the Church called would remember this sacrifice made by his parents.

And the lesson I have learned from this is that sacrifice is a law of heaven.

Verily I say unto you, all among them who know their hearts are honest, and are broken, and their spirits contrite, and are willing to observe their covenants by sacrifice—yea, every sacrifice which I, the Lord, shall command—they are accepted of me. (D&C 97:8)

We who have been to the temple know that the Lord still requires sacrifice. And we are under the same obligations as any members of the church ever were to “observe [our] covenants by sacrifice—yea, every sacrifice which I, the Lord, shall command . . .”

He does not seem to command the same kinds of sacrifices in our day. None of us are pulling handcarts or leaving our children behind to serve 5-year missions in England, But he has given strict commands about movies and TV and the Internet. It may be as hard to “let virtue garnish [our] thoughts unceasingly” as it ever was to pull a handcart up Rocky Ridge and into the Valley.

Interesting and helpful thoughts about different kinds of sacrifices. Thank you.

Thank you for food for thought on sacrifice from a different perspective. Also the reminder of the eternal blessings of following the Prophet.