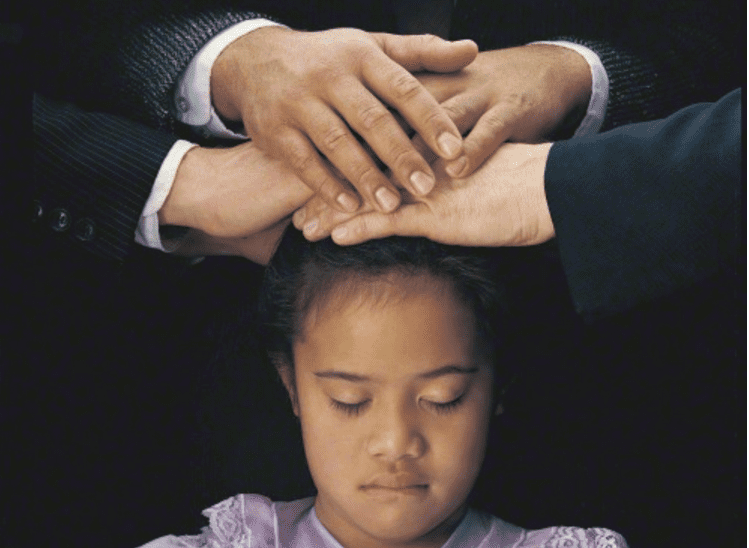 Lesson 25: Priesthood, “The Power of Godliness”

The Doctrine and Covenants is an invitation to all people everywhere to come unto Christ. In the revelations of this book “one hears the tender but firm voice of the Lord Jesus Christ,” inviting all to come unto Him “preparatory to his second coming.”[i]

In the Sacred Grove, Jesus Christ informed the young Joseph Smith that the power of godliness had been taken from the earth. Joseph was told that the religious organizations of the day had “a form of godliness, but they deny the power thereof” (JS-H 1:19).

The “power of godliness” was restored to the earth in 1829, when Joseph Smith and Oliver Cowdery received the priesthood by the hands of heavenly messengers. John the Baptist, the last legitimate holder of the Aaronic, or lesser priesthood, conferred it on Joseph and Oliver on May 15, 1829, on the banks of the Susquehannah River in upper Pennsylvania. Later, the two men received the Melchizedek, or higher priesthood by ordination from Peter, James, and John, the last legitimate holders of the keys of that priesthood. In this way, the “power of godliness,” or the power to come back into the presence of God, was restored to the earth.

Why were the Aaronic and Melchizedek priesthoods restored?

The purpose of the Aaronic Priesthood, named for Aaron, the brother of Moses, is to open to us the gates of the celestial kingdom of God. Encompassed in the Aaronic priesthood is the authority to baptize and to administer the sacrament, which is a renewal of the baptismal covenant.

The purpose of the Melchizedek Priesthood, named for Melchizedek, the great high priest who conferred the priesthood on Abraham, is to confer the gift of the Holy Ghost and to open to us the gates of exaltation, or the highest heaven of the celestial kingdom of God. The celestial kingdom contains three heavens or degrees; “and in order to obtain the highest, a man must enter into this order of the priesthood [meaning the new and everlasting covenant of marriage]; and if he does not, he cannot obtain it” (D&C 131:1-3).  Only by the authority of the Melchizedek Priesthood can the ordinance of eternal marriage be performed.

Thus, the task of these two priesthoods is to prepare people for the presence of our Father in Heaven. His authorized servants are sent into the world to do bring our Father’s children to the temple, so that they may be completely qualified for eternal life and exaltation. No work is more significant than this – it is truly “a marvelous work and a wonder.”

Adam received both the Melchizedek and Aaronic Priesthoods, which were passed from father to son through Enoch and Noah to Melchizedek, and from Melchizedek to Abraham to Moses. The Lord wanted to confer both priesthoods on the children of Israel at the time of Moses, but because of their hardened hearts, they declined to receive the blessings and responsibilities of the Melchizedek Priesthood. Nevertheless, the Lord in his mercy gave them the Aaronic Priesthood so they could continue to qualify themselves for his kingdom and prepare for even greater blessings (see D&C 84:6-28).

The priesthood ceased among men with the growth of pride, corruption, and sloth in the Church after the time of Christ. Thus, to re-open the gates of salvation and exaltation, the priesthood had to be restored. Duly authorized administrators were sent from the presence of God to confer the priesthood once again on living men. God’s promise is that it will “never be taken again from the earth” (D&C 13:1).

What blessings does the Lord promise as part of the oath and covenant of the priesthood?

In D&C 84, the Lord makes an oath to those who receive the priesthood and magnify their callings, that He will grant them these blessings if they fulfill certain conditions:

Those faithful to the priesthood will be resurrected first and with glorified, sanctified bodies. “These are they who shall have part in the first resurrection” (D&C 76:64).

As sons of Moses, they are rightful administrators in the Melchizedek Priesthood and are heirs of the privileges of that great prophet – to commune with God, to receive revelation in their callings, and to act in the higher ordinances under God’s direction.

As sons of Aaron, they are rightful administrators in the Aaronic Priesthood, and partake of the privileges of Aaron – to teach the gospel and to administer the saving ordinances of baptism and the sacrament.

As the seed of Abraham, they are entitled to the blessing of Abraham: “Exaltation and glory in all things, as hath been sealed upon their heads, which glory shall be a fulness and a continuation of the seeds [posterity] for ever and ever” (D&C 132:19) – in other words, the joy of the eternal family belongs to them.

To be elect is to be an heir, as Isaiah prophesied: “I will bring forth a seed out of Jacob, and out of Judah an inheritor of my mountains: and mine elect shall inherit it” (Isa. 65:9).  The faithful priesthood holder and his family are those seeds of Jacob who will inherit the “mountains” of the Lord – the promised land, kingdom, and temples of the Lord.

To receive the priesthood is to receive Jesus Christ; and to receive Him is to be “encircled about eternally in the arms of his love,” as Nephi taught (2 Ne. 1:15). Those who receive Christ are ensured of their exaltation: “If ye receive me in the world, then shall ye know me, and shall receive your exaltation; that where I am ye shall be also” (D&C 132:23). Furthermore, we are commanded in 3 Nephi 27:27 to be like Christ (“even as I am”); to be like Him requires holding the priesthood, for His priesthood is His power. All men who seek to be like Jesus Christ must be faithful in their priesthood callings.

Of course, this is the greatest blessing God can bestow, for He cannot bestow more than all that He has.

“The priests of the Most High, after the order of Melchizedek,” are the legitimate heirs of God’s kingdom. “They are they into whose hands the Father has given all things – they are they who are priests and kings, who have received of his fulness, and of his glory” (D&C 76:55-57).

What do priesthood holders promise as part of the oath and covenant of the priesthood?

These supernal blessings are promised to those who, quite simply, “are faithful unto the obtaining these two priesthoods … and the magnifying their calling” (D&C 84:33).  To obtain the priesthood, one must qualify. This requires keeping the commandments of God. Additionally, the faithful priesthood holder “magnifies” his calling. In an inspired address, President Gordon B. Hinckley has explained what it means to magnify one’s priesthood calling:

“All of you, of course, are familiar with binoculars. When you put the lenses to your eyes and focus them, you magnify and in effect bring closer all within your field of vision. But if you turn them around and look through the other end, you diminish and make more distant that which you see.

“How do we do this? How do we enlarge the power of the priesthood with which we have been endowed? We do it when we teach true and sound doctrine. The Lord has said: And I give unto you a commandment that you shall teach one another the doctrine of the kingdom’ (D&C 88:77).

“We diminish that calling, we shrink that mission when we spend our time speculating about or advocating that which is not set forth in the scripture or that which is not espoused by the prophet of the Lord. Rather, ours is the responsibility, as set forth in revelation, ‘to bind up the law and seal up the testimony, and to prepare the saints for the hour of judgment which is to come; that their souls may escape the wrath of God, the desolation of abomination which awaits the wicked, both in this world and in the world to come’ (D&C 88:84-85).

“We magnify our priesthood and enlarge our calling when we serve with diligence and enthusiasm in those responsibilities to which we are called by proper authority. I emphasize the words, diligence’ and enthusiasm.’ This work has not reached its present stature through indifference on the part of those who have labored in its behalf. The Lord needs men, both young and old, who will carry the banners of His kingdom with positive strength and determined purpose. [ii]

In summary, President Hinckley has taught that to magnify our calling in the priesthood is to:

“There are many called, but few are chosen. And why are they not chosen? Because their hearts are set so much upon the things of this world, and aspire to the honors of men, that they do not learn this one lesson – that the rights of the priesthood are inseparably connected with the powers of heaven, and that the powers of heaven cannot be controlled nor handled only upon the principles of righteousness” (D&C 121:34-36).  The power of godliness cannot be exercised through the use of force or compulsion. This is one of the reasons the priesthood was taken from the earth in ancient times.

Particularly destructive is the mistaken belief among some priesthood holders that their priesthood gives them the right to dictate to others, particularly to their families. There is a great difference between the gentle firmness shown by the Savior in correcting others and the abusive, swaggering behavior of some men. “No man who abuses his wife or children is worthy to hold the priesthood of God,” President Hinckley has said. [iii]

Holders of the priesthood lose the power of godliness if they fail to learn their duties and do them. “Wherefore, now let every man learn his duty, and to act in the office in which he is appointed, in all diligence. He that is slothful shall not be counted worthy to stand, and he that learns not his duty and shows himself not approved shall not be counted worthy to stand” (D&C 107:99-100). Power in the priesthood is magnified by our diligence in attending to priesthood duties.

I wish to bear my testimony to you that the power of godliness has been restored to the earth and it is real. It is the power and authority of the Savior Jesus Christ.