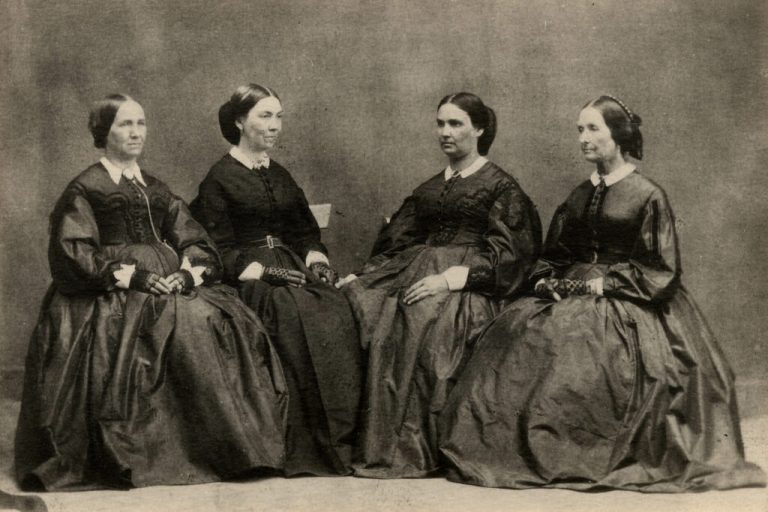 Recognizing the need for women to be unified in their new communities in the West, President Brigham Young asked Eliza R. Snow in 1868 to help bishops reorganize ward Relief Societies and instruct the women of the Church.

As the first secretary for the Female Relief Society of Nauvoo, Eliza understood the purpose of the Relief Society better than most. But teaching the women — at a time when women didn’t speak publicly — was a daunting assignment.

“It scared her to death,” said Jenny Reeder, 19th century women’s history specialist in the Church History Department. “In her life sketch, she wrote that her heart would ‘pit-a-pat’ at the thought of instructing women.”

Despite Eliza’s reservations and lack of experience in public speaking, “she quickly learned how important it was to teach doctrine and to connect with women throughout the Church,” Reeder said.

One of the most influential Latter-day Saint women of the 19th century, Eliza was a prolific speaker and poet who served as the second general Relief Society president from 1880 to 1887. She helped found the Ladies’ Cooperative Retrenchment Association, Young Ladies’ Mutual Improvement Association (later renamed Young Women) and Primary.

Nearly 1,200 of Eliza’s discourses given from 1840 to 1887 have been compiled from organizational minute books, newspapers and personal journals. Transcripts of her 1868-1869 discourses were published digitally on July 13 and are now available to the public at ChurchHistoriansPress.org/eliza-r-snow.