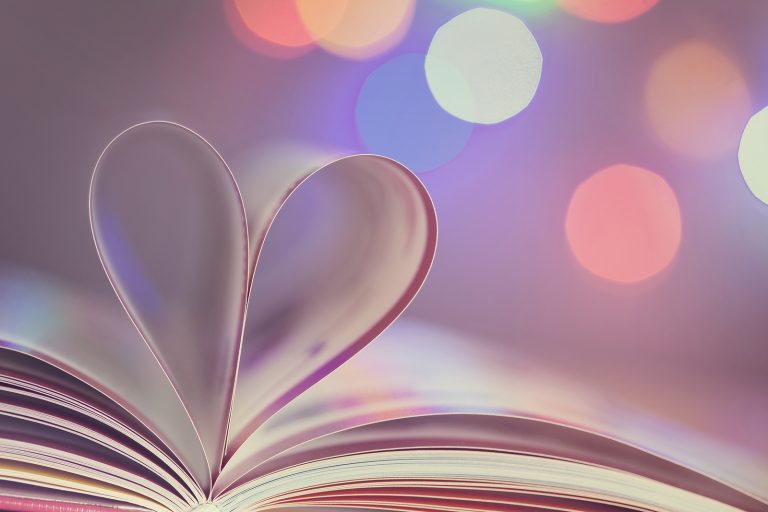 February is the month linked to Romance by hearts, flowers, and rings. It’s the season for valentines and thoughts of June weddings. It’s also a time when an abundance of romantic novels can be found. Here’s a sampling of Romances from different times and circumstances with one common thread, the discovery of true love.

Most novels contain some elements of romance and even in Romance novels there is a great variation in the portion of the story devoted to the falling in love process. The Lady of the Lakes by Josi Kilpack deals with some of the same issues of class and nationality as does Anita Stansfield’s Color of Love. The stories take place nearly a century apart; Kilpack, pre-regency and Stansfield, post-regency, but both deal with class and color distinctions as well as second loves. Yet they are distinctly different as Kilpack presents a broader picture of the time and history while Stansfield focuses on emotions. An Inconvenient Romance by Chalon Linton is a conventional Regency Romance, a genre that has become immensely popular in recent years. Dear Jane by Rachel Ward is contemporary and the only one of the four novels that mentions The Church of Jesus Christ of Latter-day Saints and the characters are distinctly members of the Church. It also varies from the others in being more action oriented than strictly romance.

THE LADY OF THE LAKES by Josi S. Kilpack

The Lady of the Lakes is based on the true story of Sir Walter Scott’s romantic involvement with his first love, Williamina Stuart, and later Charlotte Carpenter. The two women couldn’t be more different. Mina, as Williamina is called, is a baron’s only child and is little more than a child when Walter is first entranced by her classic fair beauty. Over the five years he courts her, they only see each other a few times and most of their relationship is conducted through romantic and poetic letters. Though she is of a higher class than he, he believes love can conquer all in spite of both of their fathers objections to their marrying. Both fathers interfere in painful, cruel ways, though it is Mina who decides the luxuries she is accustomed to are more important than Walter.

Charlotte is a French orphan raised by an English guardian. She’s a strong and independent woman with a small income supplied by her brother who serves in the military, but is looked down on by the general population because of her nationality. Her dark complexion and hair mark her as different from the usual English and Scottish women. She shares Walter’s love for literature, the theater, and horseback riding, but isn’t impressed by romantic speeches or poetry.

Kilpack has applied thorough research to the life and loves of Scotland’s national literary hero and to the pre-Regency period when the story unfolds in the late 1700s. The setting is primarily in the lake area from Edinburgh to northern England and adds to the realism. Though the story is billed as a Romance, it also will appeal to history buffs for its meticulous attention to the social customs and mores, prejudices, and values of the time period. It is part of a series of novels called Historical Proper Romances, written by various authors which take place in diverse locations and features characters facing some of history’s greatest moments.

Josi S. Kilpack has published more than two dozen books, including a cookbook. She has received several major awards for her work. She is married and the mother of four children. They live in Northern Utah.

THE LADY OF THE LAKES, An Historical Proper Romance by Josi S. Kilpack, published by Shadow Mountain, 338 pages, softcover $15.99. Also available for Mp players and eReaders.

COLOR OF LOVE by Anita Stansfield

Amala was adopted in India by the wealthy English Hepworth family at the age of nine when her Indian parents were murdered. She has grown up in England beside Katarina Hepworth as sisters who love each other deeply, though she is well aware her dark skin and hair sets her apart from her blonde, fair-skinned sister. She is appalled by the attention of Henry Breckenridge and at the same time drawn to him. They fall deeply in love, but she refuses to allow him to ask her adopted father for permission to court her. She is convinced he will be shunned because of her race by society as would any children they might have if they were to marry. To escape the situation she joins an eccentric aunt on her continental travels. After nearly two years of travel she receives a disturbing letter from her parents informing her of Katarina’s marriage and issuing a strong hint she should return home immediately.

Stansfield’s characters spend a lot of time talking and thinking about their feelings. Happy or sad, they cry a lot–and that isn’t just the female characters. The story is more character driven than action oriented. The setting shows lingering similarities to the earlier Regency period. Action oriented readers will find the plot extremely slow while those who enjoy romances will like the lingering, detailed reactions to every glance or touch. Much of the emphasis of the story is directed toward the injustice and bigotry shown by many people toward dark skinned people.

In the nearly two dozen years Anita Stansfield has been a published author she has produced over fifty clean romances and has received two lifetime achievement awards. She was born and raised in Provo, Utah. She is married, the mother of five, and happy to have a growing number of grandchildren.

COLOR OF LOVE by Anita Stansfield, published by Covenant Communications, 281 pages, soft cover $16.99, Also available in audio and for eReaders.

AN INCONVENIENT ROMANCE by Chalon Linton

An Inconvenient Romance is a conventional Regency novel penned by newcomer to the writing field, Chalon Linton. It’s the classical story of a boy and a girl who were close friends as children, then went their separate ways, and finally are reunited, but stumble through becoming reacquainted. It’s complete with house parties, balls, and ball gowns. Leah was hurt when Charles went away to school and even after finishing his schooling, he only came home for a brief visit when his father died, then quickly went away again. Charles has never forgotten his neighbor and playmate, but when he finally returns and hopes to pursue their friendship, she gives every indication she’s interested in a handsome military officer who is courting her. A conniving woman who wants Charles for her own daughter complicates their relationship with a bit of blackmail.

Regency fans will enjoy this one. The characters fit the era and the plot develops as expected. Most of Leah and Charles doubts about their relationship could be eliminated in a ten minute conversation and the blackmail situation also could be resolved by a few questions and answers between father and daughter. Both Leah and Charles demonstrate their love for each other through their unwillingness to cause the other pain. They go to great lengths to give the other what he or she thinks the other one wants and in the process fail to communicate with each other. There is a motif of kindness and consideration that runs through this story rather than the usual class and greed that permeates many Regency novels.

Chalon Linton is an avid Regency fan and adores the era of manners and romance. She’s married and she and her husband live in Southern California.

We’re familiar with “Dear John” letters, but what about a “Dear Jane?” In this case, it’s Dear Quinn. Quinn is serving a full time mission in Orlando, Florida. She has her life planned out and those plans include marriage after her mission to Joshua, her long time boyfriend and the older brother of her best friend. With three months of her mission left, she gets the fateful letter telling her he’s found someone else and they’re planning to get married. Of course, she’s devastated and months after returning home, she’s still trying to adjust. In addition to her own problems, she learns her brother, Nate, who has been married less than a year is getting divorced. She needs a job and a car, but is avoiding dating. When she finally finds a job, she is shocked to discover her employer’s nephew and partner is none other than an elder she knew and disliked in Orlando, Nick Ryan. After a rocky start, they discover they have a lot in common and their relationship is turning toward romance when Nick shows up and wants to get back together.

This story is modern, light, fun, and stresses the point that even families and individuals that try to live according to the Gospel still have problems, make mistakes, and aren’t perfect. It may appeal to older teens as well as adults. The characters, while mostly likable, are immature. Quinn is more like a sixteen-year-old than a twenty-something. So are the men in her life. Her mother is not likable, in fact, she seems less than sane. The book itself is smaller than standard size which gives it a juvenile market appearance. The author has a warm, easy style that will appeal to readers and the story has an interesting premise, but it contains too many coincidences and the similarity of names between Nick and Nate is confusing.

Rachel Ward, her husband and six children live in West Jordan, Utah. She majored in English at BYU-Idaho.