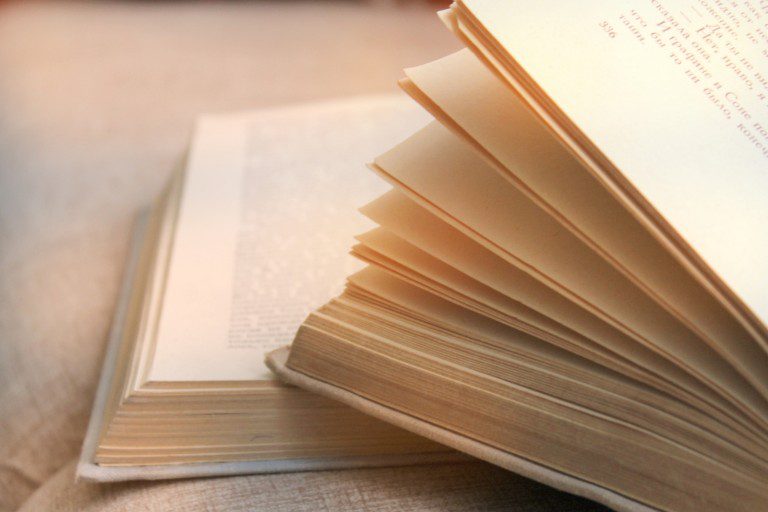 Most of us who grew up on stories of the heroes of World War II, who fought valiantly for freedom, seldom think of Italians or Germans as heroes in that conflict. Today’s reviews feature some of those unlikely heroes; an Italian woman, A German officer, and a German farm boy.

Both books are a testament of the strength and nobility of those who value freedom and people of any nationality who seek liberty, justice, and honorable treatment of others. Shawn Pollock, author of The Road to Freedom and Melinda Sue Sanchez, author of The Fisherman’s Daughter deliver fascinating and realistic glimpses of honorable people who love their counties and families, but not the policies of their leaders. 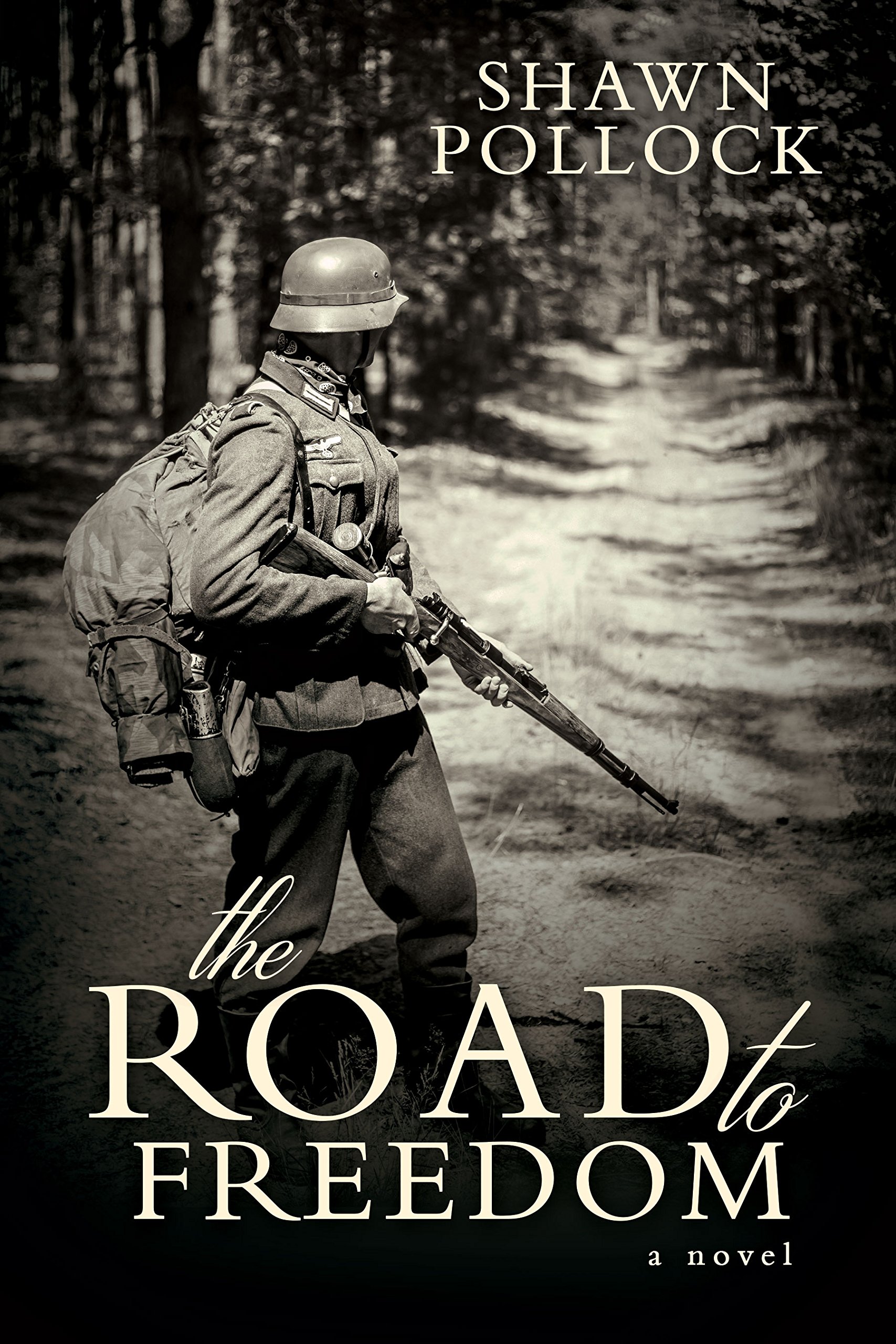 THE ROAD TO FREEDOM by Shawn Pollock

Told from the point of view of two German soldiers during World War II, The Road to Freedom tells the story of the Russian army’s advance toward Berlin and the German army’s withdrawal from Russia in spite of orders to stand to the last man. Captain Christoph Meier’s unit is wiped out in a battle with the Russians except for the captain and a single new greenie private, Hans Kohler. Together the two begin an arduous journey to reach the last known German encampment. They become rerouted toward the Elbe where the Americans are entrenched on the far side. They encounter two SS officers, then a family desperately trying to reach the river and the Americans. The SS officers are as great a threat as the Russians to those who are attempting to flee tosafety.

Hans Kohler is a teenage farm boy raised on a dairy farm and drafted into the German Army toward the end of the war. He’s large and a devout Mormon, converted as a child by two American missionaries. He dreams of traveling to the American West to see real cowboys in action. His faith is part of who he is and he is often ridiculed by more seasoned soldiers, but he doesn’t waver and his faith is rewarded several times. He loves his country, but is not a Nazi and doesn’t believe their propaganda. He is an outstanding character and is portrayed well as both physically and spiritually strong. He doesn’t preach or push his beliefs on others, but stands firm within himself. Readers won’t find his religious references preachy, just quietly faith affirming. He’s young, a little naive, but loyal to his family, his beliefs, to the captain, and to God. At first he’s assigned to duty as a corpsman at a military hospital, but as the German situation becomes more desperate he is transferred to an infantry unit on the front line.

Christoph Meier’s parents are staunch Nazis and he was raised on their propaganda. He enlisted early in the war at his parents’ urging. Instead of enrolling in the SS as they wished him to do and his best friend did, he joined the Wehrmacht or regular army. He advanced quickly to the rank of captain. After five years of battle he’s tired, blindly follows orders, and doesn’t try to befriend the new recruits, boys really, sent to him as replacements for the huge losses he sees daily. The Russians are ruthless, but he understands their obsession for revenge for their losses at German hands earlier in the war. Before being sent to the front he fell in love with a young woman he misses dearly, but fears is dead, since he hasn’t heard from her for several years and she was in Dresden when the allies bombed there. When his unit is destroyed by the Russians, he is saved by one of the new recruits, a boy named Hans Kohler. A deep friendship gradually grows between the two as they struggle to make their way westward to join another unit or surrender to the Americans. Both men recognize their greater chance of surviving the war if they surrender to the Americans rather than the Russians if they can’t reach one of their own units or fall into the hands of the SS who seem to consider all military survivors to be traitors. Meier doesn’t understand Kohler’s religious convictions, but little by little he senses there’s something to the boy’s faith. Encounters with SS soldiers prove as dangerous as the constant threat of Russian soldiers discovering them. A chance meeting with a young widow and her family brings about unexpected consequences. Meiers is another outstanding character. He is well-drawn with believable strengths and weaknesses.

Most novels are either character or plot oriented. This one is both with two strong well-developed main characters that grow and become stronger as the story progresses. It also has a strong plot line that follows a real historic timeline and is filled with action and moral dilemma. Careful research has gone into realistically portraying the topography, rural countryside, and pre-war Berlin. The story is more graphic than some readers may be comfortable with. Historical and action fans will want to read this absorbing story. It’s also a strong testament of the power of faith.

Shawn Pollock grew up in Cache Valley, Utah. Then served a mission to Japan. He graduated from Utah State University and now works in the software industry. The Road to Freedom is his first published novel.

Mussolini entered World War II as an ally of Hitler, though a large number of the Italian people were opposed to everything the two dictators stood for. They cringed as their boys and men were forced into the military. Some formed a secret patriot group just as other European countries did to oppose the Nazis. Mariana De’Angeles practically grew up on her father’s fishing boat and felt relatively safe in their Sicily home, then her brother has to leave his pregnant wife to fight in the war, her father becomes ill, and she has an accidental encounter with a neighbor’s visiting grandson.

Massimo Scalvone is a reluctant lieutenant in the army, forced not only into the military, but into an engagement to the daughter of a high ranking officer who has taken Massimo’s wealthy father prisoner in a scheme to ensure his daughter inherits and he controls a vast fortune and position of power. Supporting the war goes against everything Massimo believes in; he feels nothing but disgust for the woman he is being forced to marry. He feels an instant attraction toward the young girl he meets while helping his grandparents, but how can he pursue her when defiance would not only bring about his father’s execution, but possibly the death of Mariana and her family?

As Massimo’s and Mariana’s friendship grows the war moves closer to them. Their homeland is bombed and invaded by British and American forces and the Nazis make a greater push to maintain their hold. Time runs out for Massimo. He is captured and held by the Nazi leader awaiting his forced marriage. Mariana’s father’s illness becomes critical and their home is caught in crossfire. Forced out of her home, Massimo lost to her, her brother’s whereabouts unknown, and with everyone and everything she loves suffering or dying, Mariana chooses to become a courier for the patriots.

The Fisherman’s Daughter is a powerful story with strong, convincing characters. At first I found Mariana too immature for almost eighteen, but she grows and matures greatly through the story. I also found too many similar names, all starting with the same letter. It was refreshing to read a story that highlighted the Italian resistance effort rather than dismissing Italy as part of the axis that united Mussolini and Hitler. Careful research is revealed in the timeline of the story and ties in well with the plot arc. The author reveals a convincing familiarity with the coastal cities and rural stretches of Sicily as well as the harbors and markets. The author shows real skill in tying a compelling story to historic facts.

Melinda S. Sanchez lived in Italy for a time and met her husband there. They currently live in Arizona and are the parents of five children.