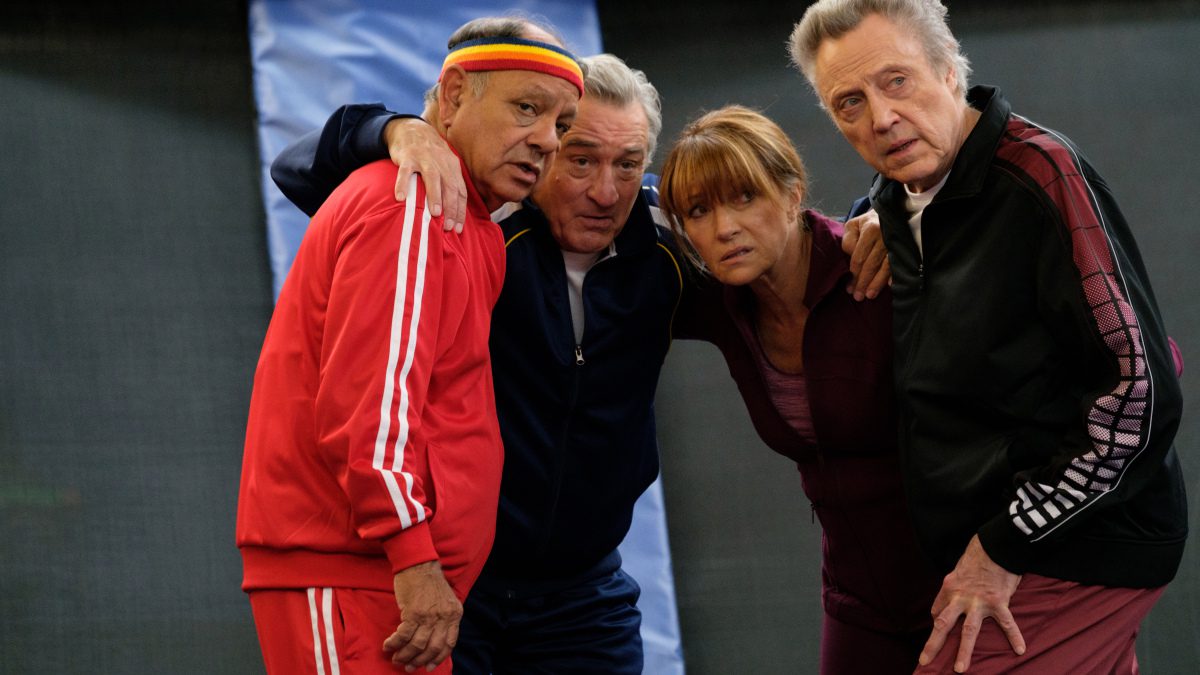 Latter-day Saint Movie Review: What Families Need to Know Before Seeing “The War With Grandpa”

A young boy starts a turf war with his grandfather when the old man takes over his bedroom.

Directed by Tim Hill, The War With Grandpa is finally in theaters, after several failed releases in 2017 and 2018 due to the Harvey Weinstein scandal.  The screwball comedy features flying dentures, bullying, and some Oscar winning actors.  It’s based on the children’s book The War with Grandpa by Robert Kimmel Smith.

In a time of chaos and uncertainty in the world today, it’s nice to have a light-hearted, family-friendly film.  Of course, it’s predictable, but it’s a mostly feel-good fun time and we all need more of that these days.  Some people will think it’s hilarious; others will think it’s silly nonsense and mean-spirited.  The trailer shows exactly what you can expect.  If you like what you see, go for it.  If it looks dumb to you, skip it.

Academy Award winner Robert De Niro is exceptional at both drama and comedy.  Despite his controversial political statements in recent years, he’s an excellent actor and a fan favorite.  This is his second movie starring in a movie with the word “Grandpa” in it.  Be aware, however, that it doesn’t mean they’re safe to watch.  Watch for the subtle references to Robert De Niro’s other movies in this film. The movie trailer did a much better job showcasing the snake scene reminiscent of the film The Godfather than the actual movie did.

His co-stars have an impressive pedigree as well.  Oscar nominee Uma Thurman hasn’t appeared in many films in recent years, so it’s nice to see her again and she looks great. The lovely Jane Seymour plays a love interest and seems timeless (that’s a Somewhere in Time pun for anyone paying attention.)  Funnyman Cheech Marin and the quirky, Academy Award winner Christopher Walken play Robert De Niro’s lovable sidekicks and accomplices in the generational battle.  The young Oakes Fegley does a great job and has a bright future in acting.  If you enjoy his performance, you’ll also love him in the very sweet movie Pete’s Dragon.  Laura Maran will be most familiar to young audiences from the Disney Channel show Austin & Ally: Chasing The Beat, where she plays Ally Dawson.  She sings one of the songs in the movie called “Point of War”.

There are quite a few running gags throughout the movie.  Some work.  Others not so much.  Not all of the humor lands either.  There’s some real infantile humor that features Robert De Niro with his pants down twice.  There are some sweet family moments and lessons learned but you have to wade through a lot of juvenile hijinks to get to them. A few of the scenes are pretty entertaining like the dodgeball scene, in particular.  It’s cute how the pranks ultimately bring the grandfather and grandson together, although they’re often uncomfortable to watch.  Keep your eyes on the screen after the first song during the closing credits for some outtakes.

What bothered me the most about the movie was the premise that, apparently, it’s considered okay for kids to make demands of an adult and show disrespect.  The young boy’s parents don’t intervene because they’re simply not paying attention to what’s happening underneath their own roof.  Let that be a gentle lesson to parents who watch the movie.  The boy, Peter, has an extremely bratty attitude toward his grandfather and we’re supposed to think that’s adorable.  When his friend tells him to start a war and fight for what is rightfully his, Peter says, “You’re a bad friend”.  He’s right.  It’s terrible advice, yet he decides to go to war anyway, telling his grandfather, “You took something of mine and I want it back!”  Charming.

There is a moment when one of the characters is supposed to have a big epiphany, but it happens in a split second and suddenly that part of the story is resolved.  What could have been a powerful and even heartfelt moment fell flat as a missed opportunity.  The opposite problem also occurs where some scenes overstay their welcome and usefulness.

Rob Riggle does a good job with the material he is given.  Unfortunately, as a father, he is completely emasculated by the script and considered by everyone to be 100% useless in the family.  The ending was dumb, subtly revealing that no one had learned any lessons after all.

Because of all the bullying and pranking in the movie, there is some violence and damage, along with people getting hurt.  In addition to name-calling, there are some other phrases I have never allowed in my house, like “Shut up” or “I hate you!”  They’re allowed in this family’s house.  One thing the parents get right is having a rule that forbids any friends of the opposite gender in the house when no parents are at home rule.  My parents had the same rule when I was growing up and I thought it was so effective that I had the same rule while raising my own kids.  As far as profanity goes, there are 2 not fully enunciated F-bombs, anatomical terms in Spanish, crude comments, 2 scatological terms, and 7 religious exclamations.

As a head’s up to parents who might have some explaining to do, there is talk and portrayal of people dressing up as Santa.  A teenage girl lies to her parents that she is going to study, but she really goes out with her boyfriend.  You see an old man topless and then you see him pant-less twice, revealing legs while covering up certain body parts.  There is an extremely extravagant birthday party your kids may want you to duplicate, so you might have more explaining to do.  Some people break the law.

In case your child thinks going to war with a grandparent looks like great fun, talk to him/her about how people got hurt in the story and a lot of things were damaged, requiring expensive repairs.  Of course, teach your kids about respect!

At the very least, families who watch this film together will have an opportunity to talk about how we should show love, respect, and support to family members, as well as everyone else.  Some themes addressed in the movie are:

Movie Review Mom:  Dr. Trina Boice teaches for BYU-I, is a #1 best-selling author of 31 books, and a mother of 4 sons.  You can read more of her reviews at www.MovieReviewMom.com  You can hear her podcast “Daily Inspirational Quotes Hosted by Trina” on Amazon Echo devices, Volley FM, and other podcast platforms.  She founded an online school and continues to create courses at www.LifelongLearningEducation.com  Because she is a popular speaker in China and loves to travel around the world, she created www.EmptyNestTravelHacker.com  You can see all of her books and win prizes at www.TrinasBooks.com  You can also find @TrinaBoice on Facebook, Instagram, Pinterest, and Twitter.