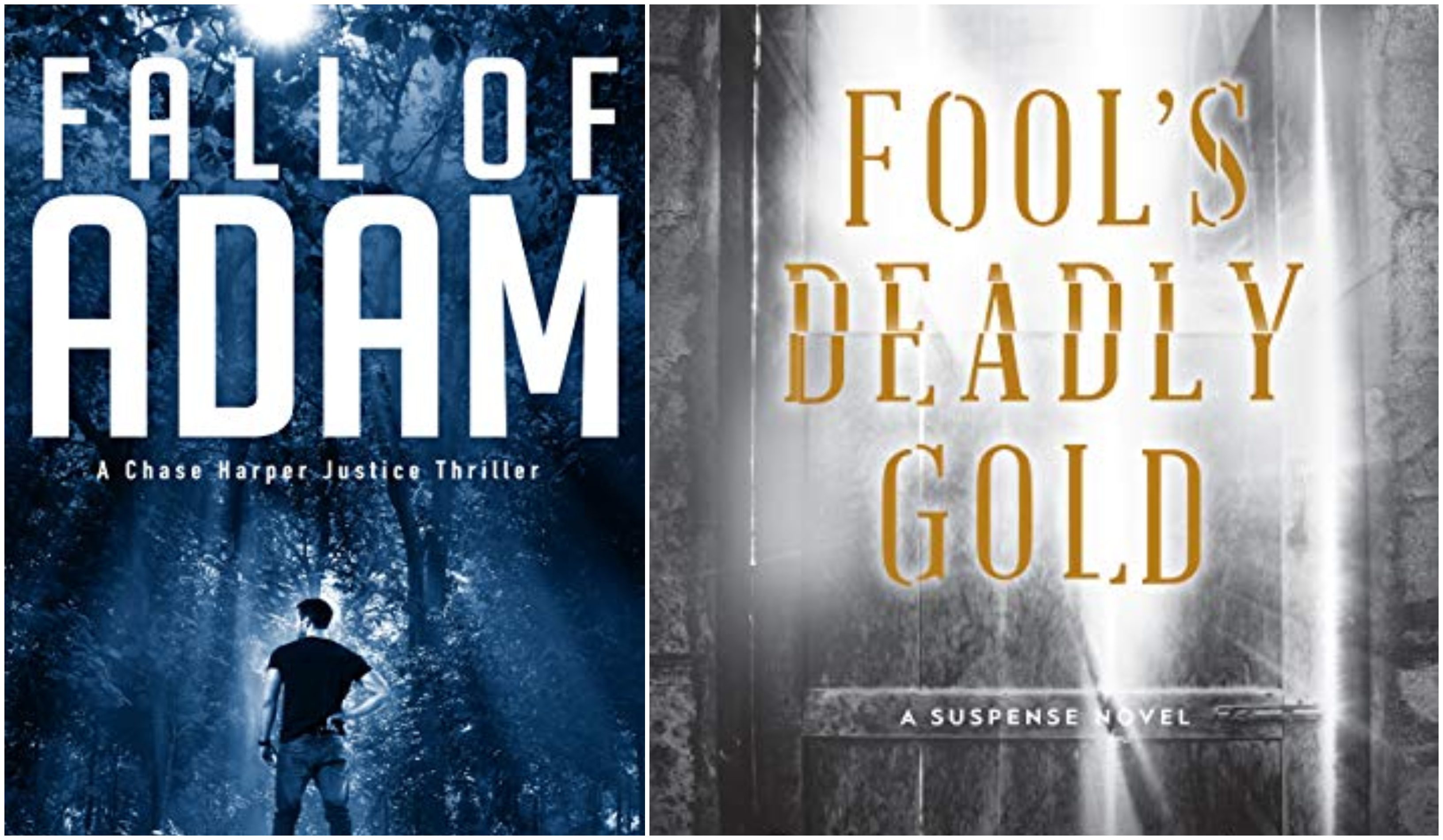 Rusty Ellis has started a new series called the Chase Harper Justice Thriller series beginning with Fall of Adam. Chase Harper, a former Army Ranger, discovers his sister and her daughter are missing. After checking known contacts he finds reason to believe they are in a religious compound and knowing his sister, he suspects she isn’t there willingly.

Megan, Chase’s sister, voluntarily joins a closed commune, not because she ascribes to the cult’s religious views, but because her daughter and her boyfriend went there and haven’t been seen or heard from since. To join she has to sign over her bank account and all of her possessions to the group. Once inside, her focus is on locating and freeing her daughter. She quickly learns that once inside she, like the other followers, are prisoners. Disaster strikes when she is chosen by the leader, Adam, as one of his elite twelve who live with him in his large one bedroom cabin in what he calls “The Garden of Eden.” She draws on every tactic possible to avoid being one of Adam’s harem of Eves.

Chase finds the compound heavily fortified with ground sensors and an army of former military personnel. He formulates a plan to join the guards to gain an inside advantage. The small community nearby and an old man whose property adjoins the Holy Light Community distrust Adam and his para-military security force and are willing to aid Chase, but he’s uncertain whether he dares allow them to take the risk.

Chase is a strong, macho character who is basically a loner. He has a strong sense of family and country responsibility and will go to great lengths to help when either need him. He is portrayed well. Megan has good intentions, but doesn’t think things through well. The niece and the other girls of Adam’s Twelve are not really realistic. They act like teenagers at a slumber party, but without teen female jealousy nor fanatic religious beliefs. Adam doesn’t come across as charismatic or as strong as expected for the role he plays. Other characters are more believable and realistic.

The story is set a couple of hours north of Boise, Idaho, and shows the author’s familiarity with that area. The plot builds beautifully, but the ending is not quite as satisfying as I would have liked, though it is realistic. For the most part readers who enjoy tension, action, and suspense will enjoy this one.

Rusty Ellis retired from law enforcement in 2018. Due to his father’s military career he was born in California, then lived in Utah, Florida, Alaska, Virginia, Idaho, and Wyoming. He and his wife now live in Nevada. They have six children and a growing number of grandchildren.

Long time favorite mystery writer Clair Poulson’s newest book takes readers to one of Utah’s most scenic spots with Fool’s Deadly Gold. Dade Tansey is a high school teacher with summers free to indulge in one of his favorite activities, hunting for the fabled lost gold mines, supposedly hidden in Utah’s Uinta mountains. While Dade pokes around searching, his wife, Bridgette, and her sister share their own favorite sport, rock climbing. On the day Dade actually discovers a hidden mine, disaster strikes a short distance away when his wife plunges down a rock face to her death. Her sister finds evidence Bridgette’s rope was cut. Dade’s heart is broken and with his friend, Detective Roger Koltun’s help, they set out to find who wanted Bridgette dead and why. There are plenty of suspects including two mean old prospectors with an ongoing feud between them, several other prospectors, the sister’s former boyfriend, and even a woman Dade dated briefly before marrying Bridgette.

The story is filled with twists and turns that will keep the reader guessing. The characters, from Dade and his seven-year-old daughter to the obnoxious former girlfriend, are realistic and believable. Some of the characters are easy to like and others are just as easy to dislike. Poulson’s firsthand knowledge of the location where the story is set is evident in his descriptions of that mountainous, rugged area.  The action moves at a steady rate until the last quarter of the book when the tempo accelerates toward a satisfying conclusion.

Clair M. Poulson has served over forty years in the criminal justice system. He began as a military MP, went on to become a county sheriff, and finally a justice court judge for Duchesne County in Utah. He has served on numerous state and federal justice boards and councils. He has served in many positions for The Church of Jesus Christ of Latter-day Saints including as a bishop. He and his wife are the parents of five children, twenty-five grandchildren, and one great grandchild.