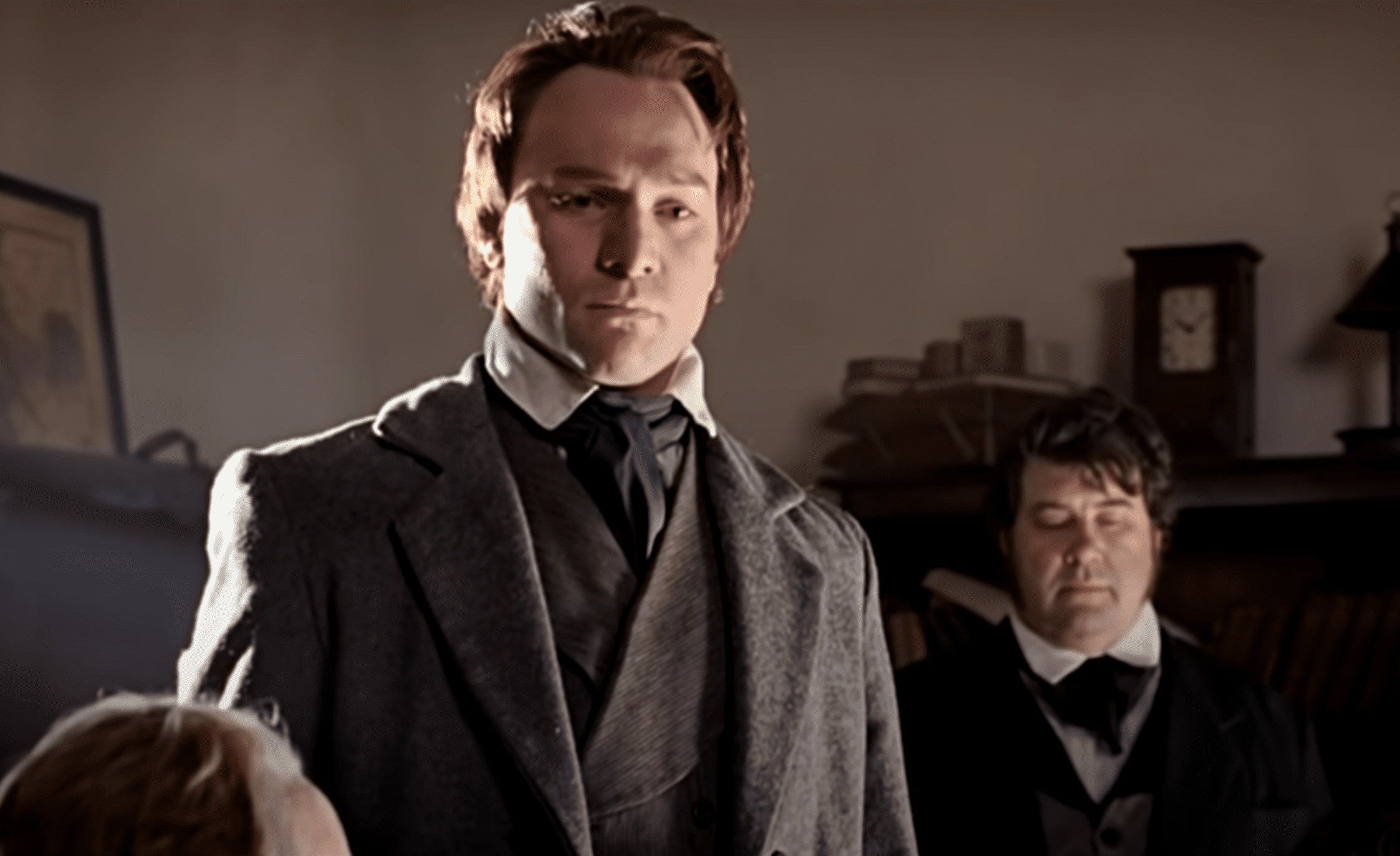 Joseph Smith: Man of Many Prophecies

Some time ago someone asked me, “If you believe Joseph Smith was a prophet, why don’t we hear about his prophecies that have come true?”

I said, “By all means, visit our church. You’ll hear about many of them.” And, of course, online research gives an exhaustive record. Here are a few of the revelations we believe he received from God:

Probably the best-known prediction was on Christmas day in 1832, when Joseph Smith received a revelation that a war between the northern and southern states would start in South Carolina.  For years outsiders scoffed, but then that’s exactly what happened 30 years later.

Interestingly, the Saints were in what is now Utah when the Civil War started, and Brigham Young declared “that they should now see the Lord’s wisdom in allowing the mobs to push the Saints westward”…to save them from an even greater calamity. (1)

When Oliver Cowdery came to Harmony, Pennsylvania to become Joseph’s scribe, he experienced firsthand Joseph’s prophetic ability. Joseph received revelation from God for Oliver, saying, “Verily, verily, I say unto you, if you desire a further witness…Did I not speak peace to your mind concerning the matter? What greater witness can you have than from God? And now, behold, you have received a witness; for if I have told you things which no man knoweth have you not received a witness?” (D&C 6:22-24) Joseph had no previous knowledge that Oliver had indeed prayed and received a spiritual witness from the Lord.

Another person who witnessed Joseph’s accuracy was a non-Mormon General, Alexander Doniphan. Joseph had said, “Not many years shall pass away” before the wicked “of this generation” will be swept off the face of the earth; and “there are those now living upon the earth whose eyes shall not be closed in death until they see all these things, which I have spoken, fulfilled.”  Doniphan, who had refused to kill Joseph and other Church leaders at Far West, recalled Joseph telling him not to purchase land in that area. “The fields and farms and houses will be destroyed, and only the chimneys will be left to mark the desolation,” Joseph had said. Sure enough, when Doniphan went there during the spring of 1862, “… we found houses, barns, outbuildings, nearly all burned down, and nothing left standing but the chimneys…”

The Word of Wisdom, our health directive since 1833, has been verified by modern science. Long before “the world” saw the harm in liquor and tobacco, Joseph Smith revealed the importance of avoiding these substances. (D&C 89:4). This inspired document also outlined healthful foods to eat, all championed today by modern medicine.

Joseph Smith revealed scientific principles long before they were common knowledge. One was that everything consists of matter. “There is no such thing as immaterial matter.” (D&C 131:7). This is confirmed by science today. And though prevailing thought in his era was that there were certain fixed stars in the universe, Joseph revealed that all stars and planets are actually in motion.

One of Joseph Smith’s prophesies concerned stars falling from heaven. While preaching in Kirtland in October of 1833, he said, “Forty days shall not pass and the stars shall fall from heaven.”  A month later the Leonids meteor shower occurred, so heavily and brightly that many thought the world was ending. Of course critics said he must have studied this, but it’s unlikely anyone could have predicted it when the only other occurrences were in 902, 1630, and 1799.  Joseph recorded in his own history, “About 4 o’clock a.m. I was awakened by Brother Davis knocking at my door, and calling on me to arise and behold the signs in the heavens. I arose, and to my great joy, beheld the stars fall from heaven like a shower of hailstones…. I was led to exclaim, ‘How marvelous are Thy works, O Lord! I thank Thee for Thy mercy unto Thy servant; save me in Thy kingdom for Christ’s sake. Amen.'”

Joseph claimed that the Angel Moroni told him the “Hearts of the children shall turn to their fathers” (D&C 2:2). What followed was incredible and is still growing today. Interest in genealogy eclipses nearly every other hobby in the world and genealogical societies have formed around the globe.

He also said three witnesses would testify of the Book of Mormon. At that time, he hadn’t even met two of them, yet it happened.

While captive in Liberty Jail Joseph revealed that the Lord had said that “whatever we may suffer during this captivity, not one of our lives shall be taken.” True enough, they all survived that horrendous experience.

Joseph also prophesied the gathering of the Jews to Jerusalem, and sent Orson Hyde to dedicate that land for this purpose. Within a few decades, Theodor Hertzl began the Zionist movement, and we see this prophesy still unfolding. Today Israel is one of the most powerful countries in the world.

Joseph prophesied that Stephen A. Douglas would run for the presidency of the United States, but that if he spoke against the Latter-day Saints he would feel the weight of the hand of the Almighty upon him. Douglas did run in 1860, made negative comments about the Saints, and lost the election in one of the biggest political upsets in U.S. history. Abraham Lincoln received 180 votes, Douglas only 12. Douglas died less than a year later at age 48

Colorful Orrin Porter Rockwell was promised by Joseph that as long as he remained loyal and true to his faith, he had no need to fear his enemies. “Cut not thy hair and no bullet or blade can harm thee.”  Sure enough, he was never wounded and died of old age.

Joseph prophesied of his own death. Five days earlier, he wrote, “I told Stephen Markham that if I and Hyrum were ever taken again we should be massacred, or I was not a prophet of God.” Sure enough, they were killed by an angry mob at Carthage Jail.

The night before his murder, Joseph told Dan Jones he would fulfill a mission in Wales. This seemed impossible, as Jones was ill and believed to be dying. But he recovered and later did serve as a missionary in Wales, converting nearly a thousand members.

Interestingly, Joseph also told Dr. Willard Richards that the time would come when balls would fall around him like hail, and he should see his friends fall on the right and on the left, but that there should not be a hole in his garment.” And though Richards was a very large man, and was in the very room where the Smiths were shot and killed, he escaped uninjured.

The prophecy that Jesus Christ would appear in His temple was literally fulfilled when the Savior did appear in the Church’s first temple shortly after its dedication in 1836 (D&C 110).

Joseph Smith also prophesied about the worldwide growth of the church and hundreds of temples to come. Many found it hard to believe, given the church had such a humble beginning with just six members. But, as Joseph said, “No unhallowed hand can stop the work from progressing.”

Joseph prophesied that the Saints would settle in the Rocky Mountains. First, they would “continue to suffer much affliction and would be driven to the Rocky Mountains, many would apostatize, others would be put to death by our persecutors or lose their lives in consequence of exposure or disease, and some of you will live to go and assist in making settlements and build cities and see the Saints become a mighty people in the midst of the Rocky Mountains.”

There will always be critics who argue the minutia of a prophesy, usually the same way people argue over what constitutes a “day” in the creation. Some point to the fact that a temple wasn’t built in Missouri as promised, forgetting that this and many other prophecies were contingent upon the Saints’ obedience.

And, of course, there are many more prophecies—too many to list here—including a promise he gave to Joseph Knight, which I saw fulfilled firsthand and wrote about here. I find it personally exciting that one of our sons was born on Joseph Smith’s birthday.

Yet none of these evidences should be what converts us. They merely confirm what we already know through our own personal revelation: Joseph Smith was a prophet of God. He ushered in this last dispensation, translated the Book of Mormon, restored the Priesthood and Christ’s original church to the earth, and sealed his testimony with his blood.

We do not worship Joseph Smith, but we do revere him. As the third President, John Taylor said, ““Joseph Smith, the Prophet and Seer of the Lord, has done more, save Jesus only, for the salvation of men in this world, than any other man that ever lived in it.” (D&C 135:3)

He also mentioned "worlds without number" that were created--at a time when that concept was not even considered by men of science.