The Promise of a Prophet | Meridian Magazine 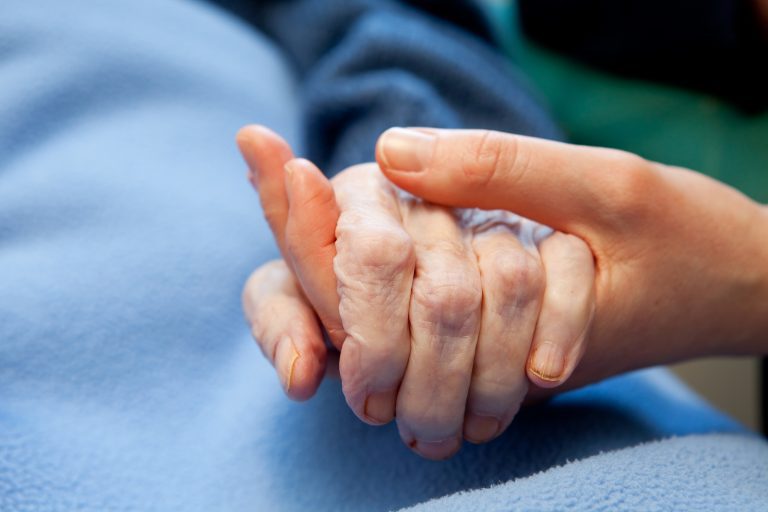 The Promise of a Prophet

A couple of weeks ago Meridian Magazine ran a wonderful article from Book of Mormon Central about the importance of the Joseph Knight family in the early history of the church. The Prophet Joseph Smith described his gratitude for those loyal souls who “stood by me in every hour of peril, for these fifteen long years past.” The very first person he named was Joseph Knight, Sr.

The article says, “The Knights helped Joseph Smith give the world the Book of Mormon. They provided food for Joseph and Emma while Joseph translated the gold plates. Parts of the original Book of Mormon manuscript were penned on foolscap paper the Knights brought to Joseph. Father Knight’s wagon carried the gold plates from the Hill Cumorah.”  Theirs was a tight friendship built on absolute trust, admiration, and honesty.

In the early 1980s I was living in Southern California. I had sisters I was assigned to visit, but I simply felt drawn to visit another one—Ardella Knight. She wasn’t assigned, but I felt a closeness to her the minute we met. She was bedridden, and spent most of her time cutting up church magazines and pasting the pictures into scrapbooks.

Her silky white hair always looked well-kept, and she told me about a man in the ward who came over frequently to wash and style it. Another frequent visitor was the Stake President, who played checkers with her. “Sometimes he wins, and sometimes I win,” she smiled.

And then there was me. I was 50 years younger than Ardella, almost to the day. All I did was visit and chat with her.  Sometimes we’d spend an hour just talking about life, the gospel, and the world in general. We’d laugh, we’d share good news and bad. I didn’t keep track of how often I dropped in; it wasn’t assigned.  We were simply friends.

One day I arrived to discover that Ardella had decided to throw me a surprise baby shower.  This was my first child, and I could hardly believe what Ardella had done. From her bed, she had called several sisters in the ward, and I walked into a delightful party in her bedroom.  Ardella was beaming; she had pulled off a wonderful surprise and I couldn’t have been more grateful.

Eventually she took ill and went to the hospital. When I came to see her, she said, “You’ve all got to stop praying for me to get better. It’s my time. Stop praying!” We laughed, but I knew she was serious. I also knew she was right.

When I left her room, I walked down the hospital hallway and slumped to the floor. I sat there, leaning against the wall, and cried. I knew this was the very last time I’d see Ardella alive. I tried to memorize her face, her voice, her hands, everything.

And I remembered something she told me, just before going to the hospital. First, she held out a wooden cane. “Joseph Smith gave this cane to Joseph Knight,” she said. “It was a token of his friendship.”

I had stared, incredulous.  Did I dare touch it? I couldn’t believe this was Joseph Smith’s cane!  And I hadn’t realized that Ardella was a descendant of that Joseph Knight.

Then she said, “Joseph Smith gave him a promise that all his posterity would be looked after and cared for by members, all their lives.”

It was one of those dazzling moments when words penetrate your heart and you suddenly realize you’ve been fulfilling a prophecy. So this was why so many people were always caring for her and visiting her. We were pulled there, almost magnetically. The promise of a prophet. What an honor to be one of the members dispatched to watch over such a precious descendant of such a great man.

I think of her often and know she is happily reunited with her loved ones. Someone in her family has the cane; I hope they treasure it. And I can hardly wait to see Ardella in the next life—walking and healthy—so we can pick up our friendship right where we left off.

She was just an obscure elderly woman to many, but like so many of God’s children, she held an incredible, miraculous story. I am humbled to be one of the few who helped fulfill the promise of the Prophet Joseph Smith.

What a beautiful experience and a reminder we can all be part of lovely relationships with those who need us. How essential it is to listen to the promptings of the Spirit!

Lovely story. Thank you for sharing.