Is Your Path to ‘Success’ Clear Or Confusing? | Meridian Magazine 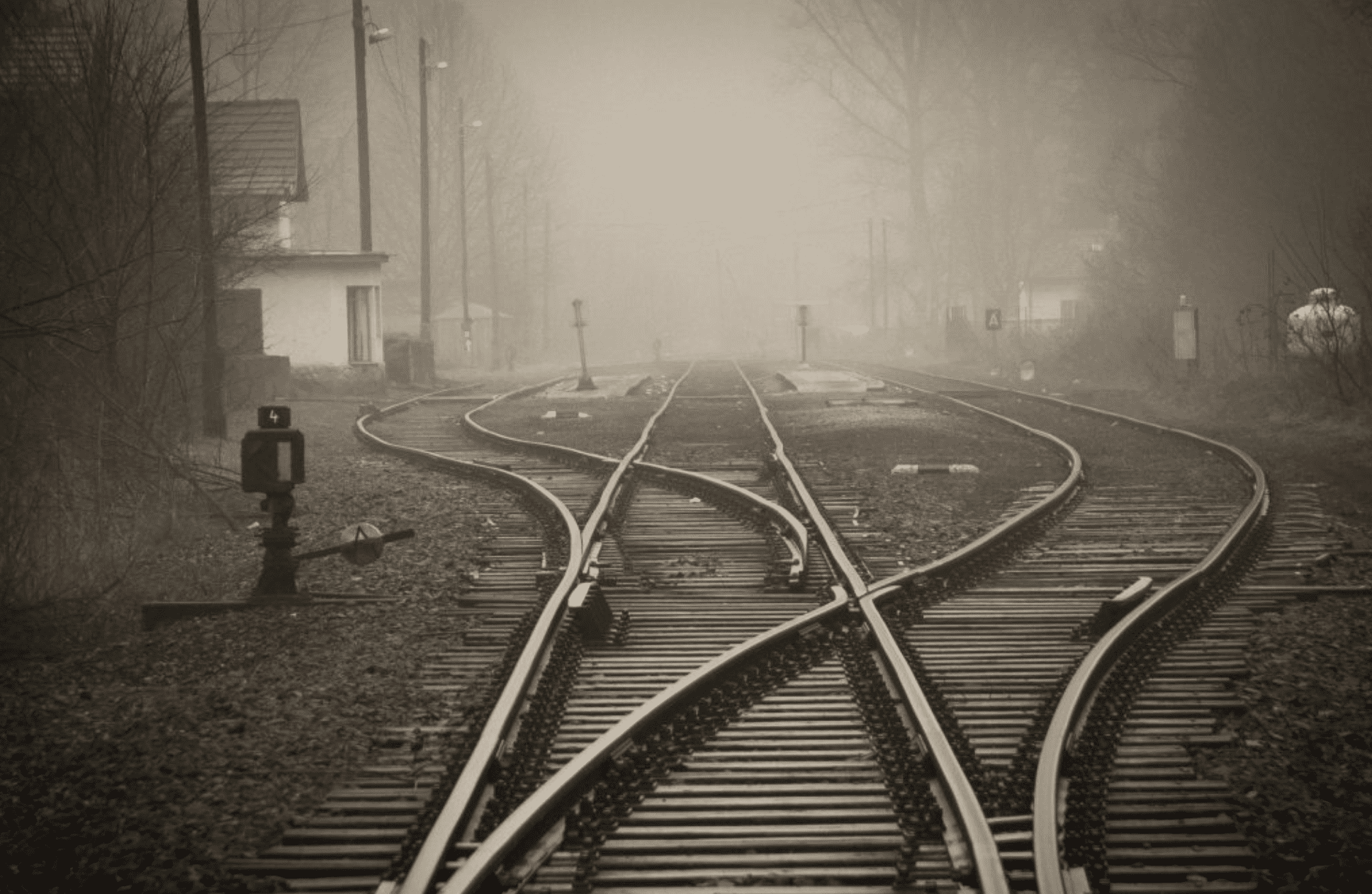 Is Your Path to ‘Success’ Clear Or Confusing?

“Do what you can with all you have, wherever you are.”

Today, when some people still get sucked into the vortex of victimization and blame, the path to success—and even the definition of success—seems to be up for debate.

But not for J. Douglas Holladay. A former White House advisor, he’s now CEO of a leadership development firm called PathNorth. He’s also a professor at Georgetown University where he teaches an MBA course on using a holistic approach to define and reach success in life.

Doug distills the approach in his book Rethinking Success: Eight Essential Practices for Finding Meaning in Work and Life.

Here are the eight practices:

I talked with Doug and came away with some great ideas—and reinforcement—on identifying and managing priorities.

Rodger Dean Duncan: In the MBA class you teach at Georgetown, you pose an awkward question—“How many of you would say the lights have gone out for your parents, particularly your father?” By that, you explain, their parents have few real friends, little passion for anything, lack of purpose, and they seem adrift. Why do you ask that question, and what kind of discussion and discovery does it typically generate?

Douglas Holladay: I am merely pointing out the obvious. Many of our strategies for finding fulfillment and happiness end up not delivering on the promise. As Thoreau once observed, “The mass of men live lives of quiet desperation.”

So, why is that? That existential emptiness in so many accomplished individuals is the fruit of not investing in practices which contribute to human thriving. My students often observe this form of bankruptcy in their ‘successful’ parents and want something more for themselves. After getting their attention, I close with, ‘”the purpose of this course is to provide you with some proven tools that can help you shape a life of meaning. I don’t want your children some day to have the same sad observation about your life.”

Duncan: Regardless of how they may define it, most people want something called “success.” But you say success eludes many people because their efforts to attain it are counterproductive. Why are so many people off course?

Holladay: Many of us have derived our views of success and happiness by comparing ourselves to others or valuing what the broader culture celebrates, mostly, fame and fortune. We need a broader definition of success. And that requires looking within and investing in what truly matters. The starting point is self awareness.

As Socrates said thousands of years back, “The unexamined life is not worth living.” Most of us are sleep walking through life, neither pondering nor investing in the things that will produce meaning. I contrast happiness with meaning. Happiness is circumstantial and fleeting while meaning is core to who you are as a person.

Duncan: You suggest eight specific practices for finding meaning in work and life. Why do you focus on these particular eight?

Holladay: These eight practices form the backbone for shaping a life rich with meaning. While there are many other practices that could be discussed, I believe that these eight are the essential ones. All eight are interconnected and reinforce one another.

Duncan: You quote Friedrich Nietzsche who said people can endure any how if they have a why. What’s a good way for people to discover and clarify their why, and in what ways does that clarity bring meaning into better focus?

Holladay: The why of life speaks to your raison d’etre, your reason for living.  New York Times columnist, David Brooks, has a helpful lens through which to understand this notion of why. He contrasts our resume virtues with our eulogy virtues [see TedTalk]. What will ultimately matter most is not your networth, merit badges or other externalities, what he calls our ‘resume virtues’, but rather those qualities in your life which reveal the essential you, your character and purpose, your “eulogy virtues’. In this zone is the why for your life.

Another way of looking at this is to contrast the shoulds of your life with the musts. The shoulds are the obligations which you must do, paying the rent, finishing school, etc. The musts, by contrast, are those things which connect to your soul and bring you real meaning. If you neglect the ‘musts’, you will never express what truly makes you come alive.

Duncan: Becoming your own audience” is what you recommend people do to gain clarity about their personal stories. What does that mean?

Holladay: Peter Buffett once said to me, “we’re all born into someone else’s story.” In his case, Peter never asked to be the son of the sage of Omaha, Warren Buffett. But we have no choice as to which families so profoundly shape all aspects of our lives.

Our views of success, security, marriage, masculinity, femininity, child rearing, strength, well-being and many other perspectives are learned In that unique complicated laboratory called family. We as human’s long for acceptance and validation, thus we often don’t know why we pursue what we do or value. In addition to our families, our peers and the larger consumer culture assures conformity by its messaging about what we should value and acquire.

So who is your audience? This is vital to understand. Again, it begins with self awareness where we seek to discover those hidden drivers that push us to pursue goals that are often elusive or attainable or in some respects, highly destructive. Freedom comes when we live to please, to borrow from the Quakers, an ‘audience of one.’ Whether you understand that as yourself or God. This understanding is truly liberating.

Duncan: What are the hallmarks of meaningful friendships, and what role do they play in a person’s ability to navigate the twists and turns of modern life?

Holladay: According to the former Surgeon General, Vivek Murthy, the greatest health crisis of our time is not obesity nor even smoking. It’s loneliness. We simply are disconnected from others and often, the most successful among us, are the most isolated. We are made for relationship, full stop. There is no substitute. We need to find a few others that want nothing from us than to be our friend.

Duncan: In our society, some people seem to keep score of their grievances against others. What benefits have you seen people derive from forgiveness, even when it’s not reciprocated?

Holladay: I was once told that not forgiving is like drinking poison and expecting another to die. It’s stupid and simply doesn’t work. Oddly, we forgive others not for their sake, but for our own. It liberates us to move on with our lives. Further,  we often misread those who have done us harm.

The poet Henry Wadsworth Longfellow observed, “If we could read the secret history of our enemies, we should find in each man’s life sorrow and suffering enough to disarm all hostility.” It’s important to understand that forgiving is not condoning bad behavior. You can strongly disapprove of someone’s actions and yet forgive them. To move forward in life, you must let go of all grievance and score settling.

Duncan: No one is immune from trouble. What have you discovered to be a good way to build resilience to failure?

Holladay: I’m not certain what version of trouble you will experience: deaths, mental health breakdowns, betrayal, bankruptcy, divorce, etc. But assuredly, you will face trouble and challenges that will test you to your limits. So, we must develop a philosophy or theology that makes sense of trouble…cause its coming.

Duncan: For a person seeking more meaning in life, what do you see as the role of risk-taking?

Holladay: While it might look different at different points in our lives, risk is intrinsic to human thriving. If we are not taking some risks, we simply become diminished and fearful, living life not to get hurt. So never stop growing and risking lest you live a far smaller life.

Duncan: A lot of people struggle with finding “balance” in their lives. Rather than “balance,” you prefer to focus on “integration.” Why?

Holladay: For accomplished people, I think that balance is a myth, it simply isn’t terribly realistic and frankly, doesn’t work. I prefer to think of life in terms of ‘seasons’. There are seasons when you are all in, working 15 hours a day to build something you deem of value.

When I was on the White House staff, if you left the office at 8 p.m., your colleagues chided that you were working half a day. For a season, I worked like a maniac but knew that season would eventually end. I’d add too, that even when you are crazy busy and stressed, it’s important to still practice certain disciplines to keep you grounded and to assure you don’t lose perspective, such as regular exercise.

Duncan: You mention Stephen Covey’s classic metaphor of putting into one’s “life jar” the large rocks first—the central things that really matter most. How have you seen this approach work in people’s lives?

Holladay: It has become a cliché but still true. The urgent is the enemy of the important. I think all of us need to identify those things that are central to our wellbeing and purpose, do those things first, you will always find time later for the urgent. But if you’re not careful, often too late, you will lament that you didn’t invest in the truly important: health, family, psychological wellbeing, friendships, spirituality, etc.

This column was originally published by Forbes, where Dr. Duncan is a regular columnist.