Is Your Faith Big Enough for Miracles? | Meridian Magazine 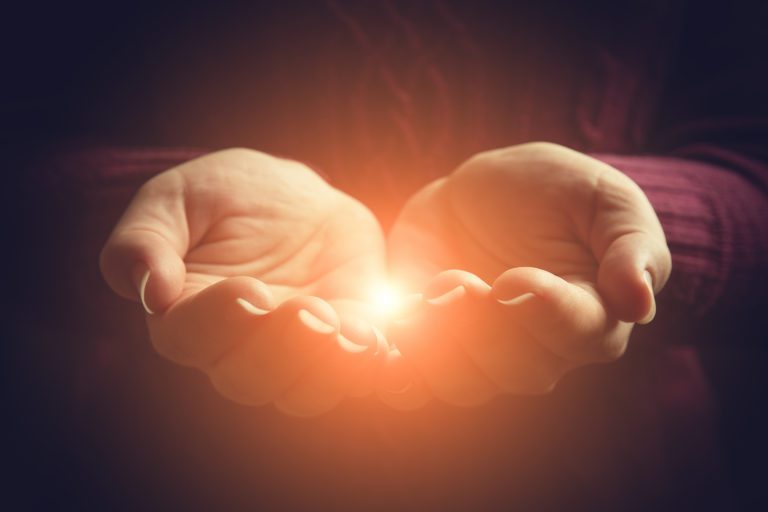 Is Your Faith Big Enough for Miracles?

Miracles are an integral part in the lives of the faithful.  They follow those who believe.  If we’re not experiencing them in our lives, we need to open our minds to the amazing possibility that God can and will orchestrate the miraculous in our lives if we are “not of little faith.”

What On Earth?  A Miraculous Manifestation

Several years ago I witnessed an astounding occurrence.  I was out on the road talking with a friend who was going through a traumatic and fearful challenge.  We were talking about letting go of fear and holding on to faith.

As if to punctuate our conversation, we saw the strangest thing.

Suddenly a little light colored spider crossed slightly higher than eye-level about two feet out from us moving from left to right rather quickly.  We were both “blown away” by this because THERE WAS NO PLACE TO WHICH THE SPIDER WAS ATTACHED!  The nearest tree was 10+ feet away, and the direction down the street it was headed had no trees or bushes.  As we continued to watch it move, with our mouths hanging open, the spider abruptly turned upwards, and climbed up on its seemingly unattached web until it was out of site into the sun.

There was a moment that neither of us could say anything.  It took our breath away!  The fact was, we both had witnessed what seemed like an impossible feat.

Hold On to Your Faith

I’ve pondered a lot on that experience.  It seemed to me to be a metaphor for what God can do.  If the spider did the “impossible,” so can we with God’s help.

We need to hold on to our faith, and it will take us in unlikely places where testimony will be strengthened and our spiritual power will expand.   I want to share two amazing miracles from the lives of the faithful, where they held on to their tiny web of faith, and were taken to a good place.

From “Mighty Struggle” to Miracle

Carola Strauss tells the miraculous healing her Great Aunt had after joining the Church, She says:

“In 1920, My Great Aunt Ida came to stay with my grandmother when my mother was only five years old.  Ida was extremely ill and required major exploratory surgery to find out what was wrong with her. When the doctors opened her up, they discovered that Ida was full of cancer and no amount of surgery was going to cure her. They closed her back up and told her she needed to get her things in order because she was going to die soon.”

“She continued to stay with my grandmother as she was healing from the surgery. My Grandmother Fischer was a devout Latter-day Saint and during this period of time had introduced Ida to the Church. Ida was converted and wanted to be baptized.”

“The night before her baptism, she had a mighty struggle with the     adversary. She thought my mother was asleep – but she wasn’t –my   mother heard every word that was spoken.  My mother recalled Ida telling the adversary that no matter what he would try to do to stop her, she was going to be baptized into the Church the following day because it was true! And that is exactly what she did. She was baptized in the Oder River in Breslau, Germany the following day.”

After the baptism, Ida began feeling better, and soon realized that she had been COMPLETELY HEALED.  The doctors couldn’t offer any explanation for Ida’s miraculous healing, but Ida knew.  She had promised the Lord that she would  devote her life to the Gospel of Jesus Christ if she would be healed.  She was true to her word and did a vast amount of Family History for her family before she died at 86.

Miracles are so varied in the lives of Latter-day Saints.  If we have a testimony of the Lord and His Gospel, we will all experience miracles of some kind.

In the early 2000’s in Nicaragua, a missionary, I’ll call Elder Brown, was having a tremendous struggle.  He was discouraged and depressed.  He was homesick, and didn’t feel like he was helping anyone.  One particular Saturday, as he was proselyting, he decided that he was at the end of his rope.  He thought,

“I can’t do this anymore! I can’t understand the language, no one is listening to us, and I miss home!”

That night as he was going to bed, he felt he was only holding on by his fingernails.  He knelt in prayer and pleaded for help:

“Oh Heavenly Father I can’t do this much longer.  I miss home and oh how I wish I could just talk with my Dad for advice or receive a father’s blessing.  He’d know just what to say.  I can’t take this much longer. Please help me!”

That night as Elder Brown slept, his earthly father, who lived 3,400 miles away, was suddenly awakened in the middle of the night with the clear impression that his son was struggling and needed a Fathers prayer/blessing.

He straightaway got out of bed, knelt down and pronounced a blessing upon his son through prayer to his Father in Heaven. He said,

“Father my son needs a blessing. I know this is not the traditional format for such a thing, but he is thousands of miles away and in need!”

He then began to give him a blessing remotely.  He said,

“Son, I am proud of you for what you are doing. The message you are teaching is so important to those you teach. I bless you with the strength necessary to carry on. I bless you with a new perspective on the work you are engaged in. I bless you to remember what makes all of this possible. Jesus, who descended below all things makes this all worth it. I love you, in the name of Jesus Christ, Amen.”

The next morning was Sunday, and Elder Brown went to church.  As he sat in Sacrament meeting that day, he felt an indescribable feeling come over him. He felt such a strong feeling of love and joy encompass him. Even more important, he felt such a tremendous feeling of gratitude for the sacrifice of the Savior who had descended below all things. As he sat there partaking of the sacrament that day, he realized that his suffering was minimal compared to the suffering the Savior endured.  He felt a renewed love and energy for the work and was deeply committed to stay.

The following day was P-day.  Elder Brown was so eager to send an email home to tell his family about his unexplainable change of heart. He described how he had prayed a desperate prayer when he was at the end of his rope, and that he had been the recipient of a miracle during sacrament meeting.

Elder Brown received an email from his father that day.  As he read it, he understood what the catalyst was for his experience.  He realized that his prayers had been heard, and that his father had purposefully been awakened and strongly prompted to give him a blessing from afar.

Miracles don’t just randomly occur, they are triggered by faith. Is our faith big enough to trigger one?  The scriptures teach us:

Miracles are an integral part in the lives of the faithful.  Remember the sweet spider that could do the impossible?  We are like that spider and can also be guided, directed, strengthened and inspired where to go, and what to do.  We are God’s most noble creations.  If He can do the impossible through a spider, He can do it through us.

Let’s grow our faith by focusing on Christ and His light, knowing that whatever we focus on will expand.  This inner expansion of faith and belief opens the door to marvelous manifestations in our lives, because miracles follow those who believe.

What miracle is coming to you today?

Nice article, but it's important to remember that sometimes it is not God's will to heal us. Although our faith is enough for physical healing to take place, we do need to accept His will in these matters. I know the author is not implying this, but some would say that if we are not healed of our illnesses, it's because we don't have enough faith. Elder Oaks gave a beautiful talk on healing entitled, "He Heals the Heavy Laden".

I am grateful for the "little" miracles I witness nearly every day of my life. We have a neighbor who has been reclusive for many years. We began praying for this dear sister a few months ago and, almost immediate, an occasion arose for us to ask her to go for a walk with us. She opened up and talked to us for over an hour - more than we had spoke to each other in the past 10+ years. Last week, we prayed for guidance on how to contact a non-member who had recently moved into our neighborhood and made it a significant part of our fast last Sunday. Following our Sunday meetings, we discovered this neighbor's daughter was having a birthday the following Wednesday which gave us an opportunity to visit and meet the entire family. We were graciously welcomed in, had a wonderful introduction to the entire family, and opened up opportunities for future visits. There are miracles all around us every day - we just have to open our eyes, our ears, and our hearts to recognize them for what they are.