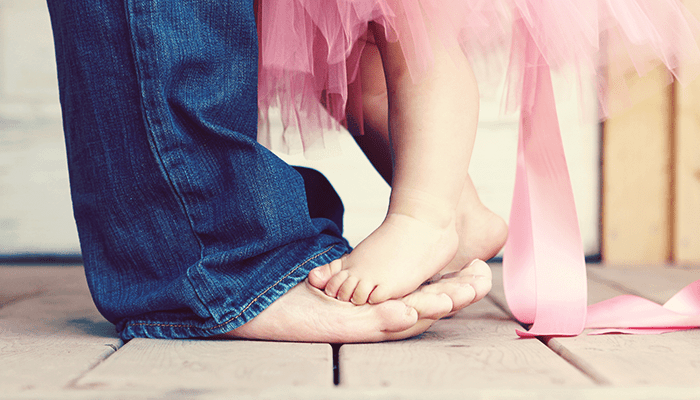 The following comes from the Family Research Council. It is reprinted here with permission.

Kids see plenty of offensive things at school — but when did fathers become one of them? Ask New York’s Department of Education. As far as its officials are concerned, nothing can damage a child more than hosting a special event for dads. And now, with the state’s “gender nonconforming” guidelines on the books, they can put plenty of traditions on the chopping block — including one Staten Island school’s father-daughter dance.

Principal Sophie Scamardella informed parents that the event had been called off, because — after all — they “have a ‘gender neutral’ policy [to adhere] to…” Families across the area are irate. The event was already the picture of inclusivity, now that moms or other mentors could join. That didn’t matter to Scamardella. In her mind (and the mind of most liberals), the worst thing schools can do is let kids in on the secret that some students have men for fathers — a shocking concept, I’m sure, to the modern human race. As an educator, surely Scamardella is aware that not a single person on planet earth has ever existed without a mother and father — no matter what they call themselves now. But this is public education, unfortunately, where “feelings” are the new science.

In heated back-and-forths, parents flooded the school office with complaints. “I hate it,” said Matthew West, father of two young girls. Because of political correctness, he fumed, “people are just becoming too scared to talk.” He’s right. Too many Americans are afraid to call this movement what it is: absurd. Jose Garcia, who’s gone to the other two dances with his nine-year-old, was stunned. “It’s not fair at all. I have nothing against [anyone], but I don’t think it should affect the school – or the kids for that matter.” Akaia Cameron was blunter. “All this gender crap needs to just stop,” she said, explaining that the highlight of her daughter’s year in 2016 was going with her dad.

PTA President Toni Bennett is trying to tamp down the protest, telling parents that they would reconsider the “Father/Best Guy & Daughter Dance” next year with a less specific theme. Like what — Person 1 and Child 1? How far will they go to deny reality? What’s next — outlawing Mother’s Day and Father’s Day? We’re letting a small segment of society — .6 percent! — dictate the terms of our conversation and, more alarming, how we raise our kids. Now, instead of pushing back on this agenda, people live in fear of using the wrong pronoun. And in the middle of it all are schools like PS 65, who are encouraging extremism and “protecting” kids from normalcy.

Fortunately, not everyone in the boroughs is going along with this lunacy. At PS 30 and 83, a dance “to celebrate your little girl and the father figure in her life” will go on. And at PS 232 in Queens, the Daddy-Daughter Dance already happened. The Bronx is even going so far as to plan and “Mother/Daughter Spa Night” in April. Alert the PC police!

The problem with this entire ideology (which, incidentally, the American College of Pediatricians calls “child abuse“) is that it perpetuates the Left’s phony right “not to be offended.” One person’s insult is another person’s sincerely-held belief. That’s the way free speech works. To suggest that we can shield kids from every possible offense or hurt feeling isn’t just unrealistic, it’s wrong. It stifles their expression – and gives them the license to do the same.

The Daily Wire’s Ben Shapiro tackles this problem in a column for NRO, using a recent interview between a reporter and child psychologist as an example of how twisted this politically-correct thinking can be. “Why should your right to freedom of speech trump a trans person’s right not to be offended?” the journalist tried to pin down Dr. Jordan Peterson. Without missing a beat, he replied, “Because in order to be able to think, you have to risk being offensive. I mean, look at the conversation we’re having right now. You’re certainly willing to risk offending me in the pursuit of truth. Why should you have the right to do that? It’s been rather uncomfortable… You’re doing what you should do,,, But you’re exercising your freedom of speech to certainly risk offending me, and that’s fine. More power to you, as far as I’m concerned.”

As Ben points out, liberals get away with the double standard because:

“Many on the right tend to value manners; good religious men and women studiously avoid causing offense if they have the capacity to do so. It’s worked, too. The Left has wielded the Right’s preference for manners as a club against the Right, claiming offense in order to cow them into silence… No longer do they ask whether objectively offensive statements ought to be made; they now take each statement and ask whether it is subjectively offensive to anyone. First person to claim offense wins.”

According to the Left, facts don’t matter. Science doesn’t matter. “Any and all truth must take a back seat to ‘your truth,’ so long as you claim minority status in any way,” Ben goes on. “This is the ground on which conservatives should fight, of course: acknowledgement that while manners matter, truth matters more.” And based on the war taking place for America’s children — the sooner conservatives fight, the better.