Increase Your Power by Overcoming This One Thing | Meridian Magazine 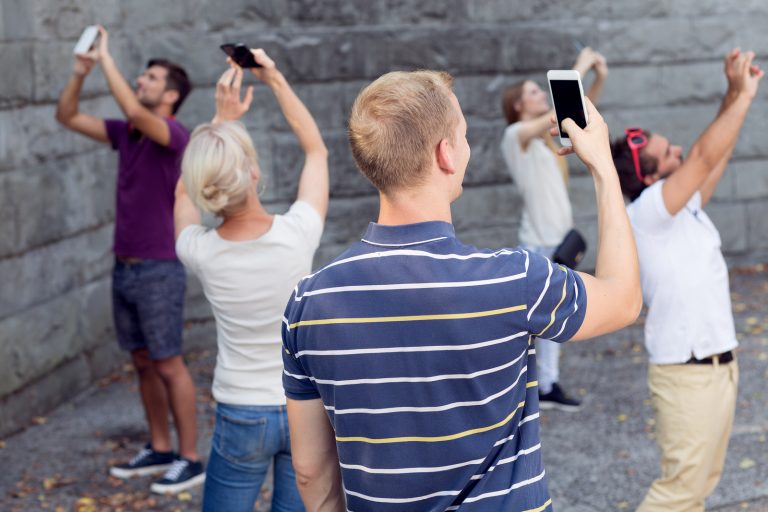 Increase Your Spiritual Power by Overcoming This One Thing

On October 4, 1960, Eastern Airlines Flight 375, flying from Boston, crashed nearly immediately after take off into Boston Harbor, killing 62 of the 72 passengers. What caused this plane crash so seemingly out of the blue—especially when it had cleared maintenance inspection before take off? Investigators learned that the accident was caused by something surprising to wreak such havoc. It was a flock of common starlings that had been sucked into the engines, causing them to malfunction and downing the plane.

This is not an entirely rare incident. In more recent times, on January 15, 2009, a U.S. Airways Flight was struck by some geese from a migrating flock, causing the plane to lose all engine power. The captain, Chesley Sullenberger (Sully) saved all 155 passengers by ditching into the Hudson River, leaving a nation breathless and inspired. This happened within minutes of take off.

Common starlings. Canadian geese. What a small thing to bring down a mighty jetliner, but there is a type in this. It doesn’t take as much as we usually think to stall us or deflect us from what we really want—especially spiritually. Often, it is just something all but infinitesimal that stops us from being who we really want to be.

There is this image before us of a better, more competent and happy version of ourselves, a more spiritually powerful self, but there is just something that continually stands in the way. What? It’s simpler than we think.

Imagine the Adversary sitting around in a war room sharing tools with his minions about the best way to tempt and fell humans. When it came to us, he might say, they won’t fall for some dark sin. We can’t tempt them with miserable deeds or falseness. They won’t lie or cheat or explode in anger at somebody else. What can we do to keep them from the fullness of the promises that God has made to them?

How can we keep them in the spiritual lowlands when the Lord stands waiting for them with hands outstretched waiting to give them the secrets of the universe and the light they so hunger for?

The Enemy of Spiritual Growth

Distractions, too often, are the enemy of spiritual growth. It doesn’t always take a major sin to leave us blind. Enough little things that turn our heads will do.

C.S. Lewis captures this idea in his book The Screwtape Letters. The premise of this book is that these are a series of letters from Screwtape, a senior devil, to a junior devil, teaching him the best way to tempt the mortal to whom he is assigned.

Screwtape uses a story to explain one of his sharpest techniques. He said, “I once had a patient, a sound atheist, who used to read in the British Museum. One day as he sat reading, I saw a train of thought in his mind beginning to go the wrong way. “

In other words, this sound atheist considered for a moment that there might be a God. He had a moment of serious reflection about the divine and eternal.

Screwtape says, “Before I knew where I was I saw my twenty years’ work beginning to totter. If I had lost my head and begun to attempt a defense by argument I should have been undone. But I was not such a fool. I struck instantly at the part of the man which I had best under my control and suggested that it was just about time he had some lunch.

[God] presumably made the counter-suggestion…that this was more important than lunch. At least I think that must have been his line, for when I said, ‘Quite. In fact much too important to tackle at the end of a morning,’ the patient brightened up considerably; and by the time I had added ‘Much better come back after lunch and go into it with a fresh mind,’ he was already halfway to the door.” Of course, Screwtape reported with satisfaction, the distraction worked, and by the time the man was out the door and had seen a No. 73 bus and a newsboy, he was back to what he called “real life” and the thought of God never returned to his mind.”

Why tempt us to dark deeds when our heads can be so easily turned from eternal things by distraction?

Distractions are Not What Life is About

Not only are our lives riddled with distractions, too often we think the distractions are what life is all about. We become “caught in the thick of thin things.” In fact, should we have a moment of quiet, too often we actively seek to fill it with more distractions. We turn on radios in cars, or work to the background of the television’s blare. We stay on the shore playing with plastic beach toys instead of wading in to the deep water where so much waits to be discovered.

Joseph Smith said, “Deep water is what I am wont to swim in,” and he also said, “The things of God are of deep import; and time, and experience, and careful and ponderous and solemn thoughts can only find them out. Thy mind, O man! if thou silt lead a soul unto salvation, must stretch as high as the utmost heavens, and search into and contemplate the darkest abyss, and the broad expanse of eternity—-thou must commune with God.”

He said this in the context of saying that in too many of our classes and gatherings we have been light-minded, “vain and trifling,” and unfocused in our direction.

We cannot understand the answers to questions we have not asked. God cannot share his deep knowledge with those who are not interested in the elementary curriculum. In the journey to understand the vast expanse that God would teach us about our own lives and the universe beyond, vista leads to another vista.

Who will receive the riches of the Spirit and the depths of the gospel? Impressions come to minds open to being taught, not those already rattling with trifles.

But we want to cry out: “My life is fragmented and torn to pieces by obligations and duties, all the nits and gnats of mortality. I cannot help it. It’s the condition and jangle of the modern world. My list of things to do is choking me.”

In this world of quick messages from social media, texts that make us turn from talking to the real people before us, and more high-stress urgencies upon us than we can count, it is difficult not to be distracted from morning until night—until distraction becomes our way of life.

We can distract away an hour, or a day, or a week or a lifetime—never quite getting to the thing we wanted to do or the person we wanted to be. Our mind jumps from one urgency to another until we hardly know what to think about when we have a moment to think.

Can we not help ourselves in this jangly world? We not only can, we must if we are to be anything that the Lord sees for us.

We are the people of God. He has things to tell us that are only accessible to a mind that can often be given to serious reflection. We did not come here to forget our divine destiny under a clatter of random thoughts.

Prayer and spirituality demand mental discipline and focus. Is it any wonder that this kind of prayer does not lead to revelation: “Dear Heavenly Father, Thank thee for … did I thaw the meat for dinner? Bless us to … I hope this won’t take long. I have so much to do. And please bless … Is the party Friday or Saturday night?”

Joseph on the Night Moroni Came

We receive further insight on this from Oliver Cowdery’s description of Joseph the night that Moroni first visited him. Oliver writes, “On the evening of the 21st of September, 1823, previous to retiring to rest, our brother’s mind was unusually wrought up on the subject which had so long agitated his mind—his heart was drawn out in fervent prayer, and his whole soul was so lost to everything of a temporal nature that earth to him had lost its charms, and all he desired was to be prepared in heart to commune with some kind messenger who could communicate to him the desired information of his acceptance with God.

“At length the family retired, and he, as usual, bent his way, though in silence, where others might have rested their weary frames ‘locked fast in sleep’s embrace,’ but repose had fled, and accustomed slumber had spread her refreshing hand over others beside him—he continued still to pray—his heart, though once hard and obdurate, was softened, and that mind which had often flitted, like the ‘wild bird of passage,’ had settled upon a determined basis not to be decoyed or driven from its purpose.”

I love that image of our thoughts as a “wild bird of passage.” How often they are! And how often we wish they were not that way.

When I think of a wild bird of passage, I remember the day that a bird flew into our office through an open window. It could not find its way out, and in its panic it flew from one side of the room to the other in useless fluttering. We watched it swoop from corner to corner, dashing about and making no progress. That sort of panic is in great contrast to Joseph’s determined prayer that would not be decoyed or driven from its purpose.

Suddenly I heard a buzzing noise, lots of buzzing noises. Flies were everywhere, circling my head, landing on the pages of my scriptures, obliterating my reading.

I tried to continue, but it was hard. The flies buzzed and dive-bombed around me, and in great frustration I gathered up my things and went home, thinking I had not received an answer. In reality, I received an answer that has stayed with me my whole life.

I realized that the flies were a symbol. They were like the distractions that too often kept me from a spiritual focus when I needed it so badly. Just as I would have liked to read verse one, a fly landed in the middle of the second sentence. Verse two had two flies.

I would love to ponder, to focus on the deep things of the Spirit, but distractions kept me from it. I was like Martha, “careful and troubled about many things,” but spiritual focus was the better part, which too often daily life allowed little time for.

It does not surprise us to find out that learning to play a musical instrument to perfection requires the utmost concentration, thought and practice. Why then do we suppose that having the mysteries of God unfolded to us would require little mental energy?

We must decide if we will travel this mortal journey tangled in distractions or find time on a daily basis for the serious pondering and reflection that leads to revelation.

What a shame it would be if just as we were about to be given gifts of spiritual understanding and power, we stepped back instead and turned our head away, caught up in the distraction of some bit of fluff that had no eternal value to us.

It’s really up to us—a decision that is made day after day.

This is so true. How I wish this could be read by many more in this world of distractions with technology!

I loved Toni's Comment! Thank you for sharing those very well put words to this Article.