In the Marrow of our Bones: The Latter-day Saint Experience of Religion as Identity | Meridian Magazine 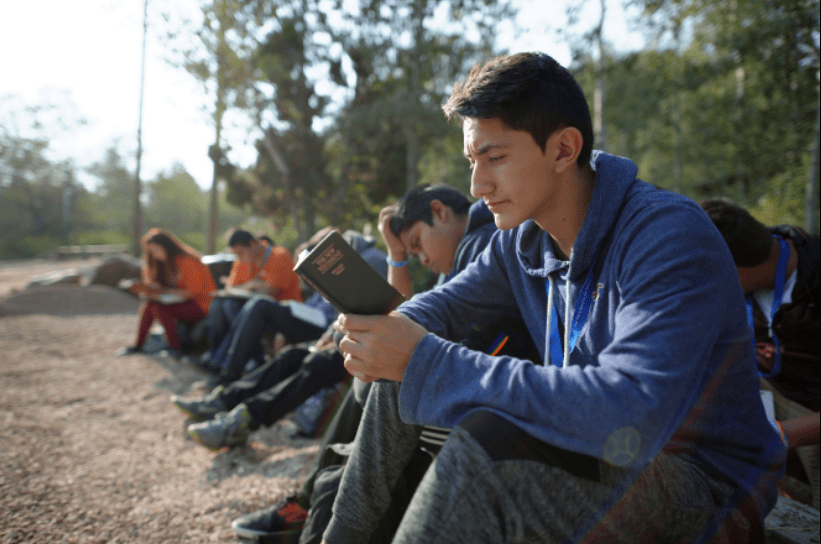 In the Marrow of our Bones: The Latter-day Saint Experience of Religion as Identity

Elder L. Whitney Clayton received a standing ovation for his comments at the Religious Freedom Annual Review, a conference held at BYU this week that attracted people from a variety of backgrounds to listen to each other discuss religious freedom, its foundational importance, and its shrinking place in public life.

Too many secular elites, said Elder Clayton, “see religion itself , not only particular beliefs to which they object, but faith in God itself as outright dangerous, as an uneducated and superstitious way of thinking that ought to be cast aside as soon as is reasonably possible. Religion is obviously a fraud this thinking seems to go, and while sometimes it’s harmless enough, the sooner it is abandoned in favor of reason and reality, the sooner we can be secure against its dangerous consequences.” With this misconception, it is not surprising that protecting religion is losing priority in the public square.

This view, he says, completely discounts, that for most believers, their very identity, right down to their cells, is wrapped around their religious faith. Elder Clayton said, “A few years ago Elder Jeffrey R. Holland spoke about impoverished handcart pioneers who walked the dusty or freezing 1300 mile trail to the Salt Lake valley, often burying spouses or children along the way. Why did they do it? How did they do it? Elder Holland said, ‘They didn’t do it for a program. They didn’t do it for a social activity. They did it because the faith of the gospel of Jesus Christ is in their soul. It was in the marrow of their bones.’

In this country, we have been largely liberated from the poverty that marked all of human history, said Elder Clayton, and, therefore, “we are free like never before to become what and who we want to be. As forces of individual meaning have proliferated, we now deeply understand that respect for human dignity requires appropriate accommodation for the many kinds of ways human identity finds expression. With that accommodation has come, albeit slowly, greater social acceptance for those once marginalized and greater legal safeguards to accommodate basic human rights and people’s identities.

“But I think,” he said, “that too often secular elites and government officials focus so much on certain favored identities such as race, ethnicity, sex, sexual orientation and gender identity that they miss the importance of religion as a profound source of identity. Too often they see religion and religious faith, especially traditional Christian faith, as something akin to a quirky, private belief or hobby like secretly believing in the Yeti or UFOs or belonging to a weekly bowling league. You are welcome to have your own private fantasy world, but keep it private and don’t make me acknowledge it.

“Perhaps that by itself would be harmless,” he continued, “but too often secular elites and governmental officials also see faith and faith communities with their competing demands on loyalty and their adherence to tradition as an intractable obstacle that interferes with their achieving their own ideological views for a just and modern society.”

He said, “Some are increasingly willing to use social and legal forces to pressure people to change their religious beliefs, convinced they will be better off for having discarded those beliefs as quaint anachronisms. This view is profoundly naïve. It fails to account for the fact that for tens of millions of Americans, faith and religious convictions are the most powerful defining sources of personal and family identity in their lives. To borrow from Elder Holland again, their faith is marrow to their very bones of who and what they are.

“The failure to understand this naturally results in discounting the importance of religious freedom that allows people of faith to live out their core identity in dignity and peace. Many secular people,” noted Elder Clayton, “simply don’t understand how something they have never experienced and that they ideologically reject as false, and perhaps even absurd, can be true and profoundly real to the life of another person, indeed, so true and real that it defines ones life, ones very identity.”

Lacking that understanding of the core place that faith holds to a believer, some secular elites and legal scholars say there’s nothing special about religion, so why protect it? “That’s an argument that only someone without vibrant religious belief and without a true understanding of the role faith plays in the life and identity of a believer could ever make, said Elder Clayton.

“There’s another reason many secular people fail to understand how powerful religion can be in forming ones identity. That’s the view that faith is just one more personal preference like deciding whether to become a Yankee’s fan or whether to become a teacher, lawyer or journalist. In this view ones religious identity is just an ordinary choice and thus not fundamental to ones being. I think this is profoundly mistaken.

“For many believers religion is not simply something one can put on or remove like favorite t-shirt. Dispelling this myth is key to greater understanding between religious and non-religious people. It is certainly true that God does not force us to believe in him. Faith in God is ultimately something we exercise our God-given agency to choose to accept, but that does not mean it is an ordinary choice or merely a preference in the sense that many secular thinkers understand it. In fact, it is just the opposite.

“Once experienced and accepted, faith in God is life-altering. The faithful, life-changing choice to believe deeply influences ones personal, familial, and cultural identity. It defines who and what we are, how we understand our purpose for being, how we relate to others, how we deal with pain, suffering and death. Through our faith we comprehend more deeply the meanings of marriage and family, gender and sexuality,” Elder Clayton said.

He noted, “Our faith lifts us beyond the trials and tribulations of this life to a loftier vision of salvation and peace. It gives us hope to press forward and joy in the journey. It is no wonder, then, that in the New Testament, Jesus Christ spoke of being born again, of becoming a new man or woman in God. For Christians, taking upon oneself a new identity as a disciple of Christ is essential for ultimate redemption. There are similar concepts in other faith traditions.

“It is also no wonder that something this personally powerful and defining cannot be confined to the private portions of believer’s lives. Yet, as one Washington Post columnist, Christine Emba recently observed, ‘It is now commonly held that citizens can–and should–practice their religious beliefs in private, but remain neutral in public spaces…It is possible technically, but that approach rests on the assumption that “beliefs” are not things that influence everyday life. For many religious people, that isn’t the case; for them, belief—religious faith—is all about acting out your faith in real life. Those without religious faith often fail to understand how untenable it is to insist on a dichotomy between private beliefs and public performance.’”

Elder Clayton said, “Just as society has increasingly recognized that other identities should not be hid from the public’s view, society must also recognize the same for religious identity. One cannot check religious identity at the church or synagogue exit or the door of ones home any more than one can check their race or ethnicity. Religious identity cannot be compartmentalized and stuffed into a box labeled private.

“My point is that misconstruing religious faith as mere choice preference, as something that can be adopted and discarded at will, radically misconceives the nature of religion in the lives of millions of faithful people. It makes light of faith, treating it in the words or the Supreme Court earlier this month as something insubstantial and even insincere. It reduces a way of life and a state of being to a pastime. It takes an identity that for millions is vastly more important and profound than race, color, national origin, ethnicity, sexual orientation, education, profession, wealth and so on and dismisses it as trivial or something to grow out of like a childhood belief in Santa Claus.”

Elder Clayton said that the simple fact is that many millions do expect religion as a fundamental human identity, if not the fundamental identity of their lives. That is certainly the case for faithful members of The Church of Jesus Christ of Latter-day Saints. The narrow, undemanding, personal pastime conception of religious faith does not remotely account for its meaning in my life or in the lives of hundreds of thousands of my fellow church members.” In a society that values identity and the opportunity to live out ones life as one believes, religious freedom should be championed, not dismissed.

Elder Clayton said that it is only in comprehending that faith goes right to the bone marrow, that one can understand the lives of the pioneer forebears of this Church who crossed a barren wilderness, leaving behind comfortable homes, extended families and professions to settle in a desert wasteland. Brigham Young said “it was the fire of the covenant that early Mormons had burning in their hearts like a flame unquenchable,” that carried them across the plains and Elder Clayton told the stories of two of his own pioneer ancestors to demonstrate just that. Their faith was forged in the crucible of those terrible trials.”

“I cannot separate who I am from the faith that inspired those pioneer ancestors who chose to sacrifice everything for the gospel of Jesus Christ,” he said.

Religious freedom matters because it is about the core of a believers identity and cannot be discarded.

It is a true saying: "A little philosophy inclineth man's mind to atheism, but depth in philosophy bringeth men's minds about to religion." -Sir Francis Bacon

Excellent article - thanks so much for the insights!