I Will Lay the Gavel Down: Subduing the Pharisee in Me | Meridian Magazine 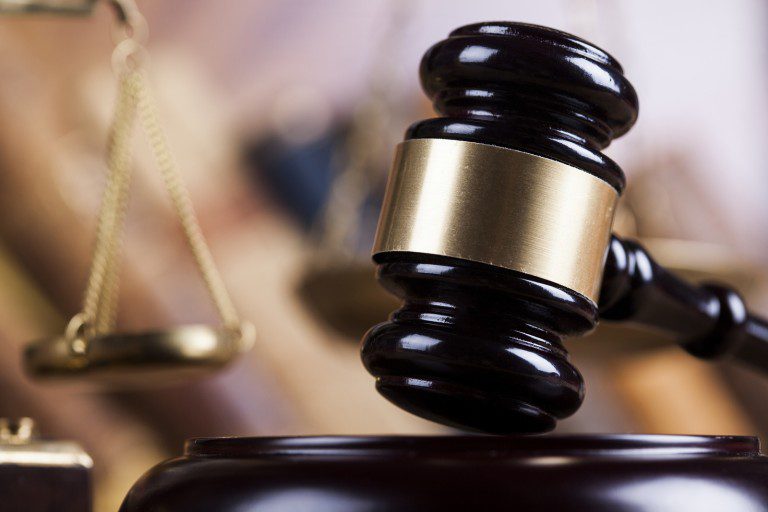 I Will Lay the Gavel Down: Subduing the Pharisee in Me

The wooden gavel is warm in my grasp, the handle worn smooth and familiar after decades of daily use. We’ve spent countless hours together, my gavel and I, but some relationships must come to an end. It’s time to lay the gavel down.

Many of my closest friends are unaware of my secret career as a self-appointed judge (though a few people may have had their suspicions). I never bothered with all the time and expense of earning a law degree, passing the bar exam, or obtaining a judgeship through traditional means. For me, judging seemed to come naturally. I just assumed I knew enough about everyone around me to make judgments about them:

Like that young man on the bus who failed to give up his seat to an elderly woman—obviously he was ill-mannered and his parents hadn’t taught him right. Or that female college student at the grocery store who was dressed immodestly—she plainly had loose morals and was headed for trouble. What about the member of the auxiliary presidency who disagreed with me about how to handle a situation with a struggling ward member? She was definitely narrow minded and not humble enough to take counsel from anyone. I seemed to be surrounded by people who weren’t measuring up.

A self-appointed judgeship is remarkably convenient. No wearing of bulky black robes on a sweltering afternoon—unrelieved black was never my most flattering look anyway. I’ve had no difficulty pronouncing judgments while in my pajamas, workout attire, Sunday best, wearing my missionary tag, and even temple robes.

With self-appointed judging, one never need be confined to a stuffy courtroom or limit oneself to a nine to five schedule. I’ve issued guilty verdicts in the middle of the night while lying awake in my comfy bed. There’s no need to take breaks from judging even on a lunch hour—anyone can see that the man across the restaurant talking loudly on his cell phone is rude and insensitive. The list of conditions conducive to judging would make Dr. Seuss proud:

For decades I pronounced judgments so frequently that it became second nature to me. My career might have continued indefinitely, had I not come face to face with this transformative verse of scripture:

Why this scripture struck me so deeply at that particular time, I may never know. I had studied the words scores of times previously, but though I found them interesting—even significant—they had not moved me to action. Yet on an ordinary winter day more than a decade ago, Moroni’s words stopped me in my tracks. I had never asked the Lord to show me my weakness. It sounded like a risky thing to do. I mean, if He showed me my weak parts I’d feel obligated to do something about them. (And seriously, who has time to work on their own sins and weaknesses when they’re busy judging other people for theirs?)

But this scripture was pesky—the familiar phrases wove through my thoughts at inconvenient moments. In spite of my initial resistance, I found myself tentatively asking the Lord to reveal the weakness in me. He must have been eagerly awaiting that request, for over the next few weeks I slowly grew aware of something I had never suspected about myself: I was extremely judgmental and self-righteous. “No!” I protested inwardly, “I’m no Pharisee!” But after several days of careful self-examination I had to acknowledge the truth of the Spirit’s whispers. My secret career as self-appointed judge had been exposed—I couldn’t hide it from myself any longer as I began to recognize a rather shocking pattern of judgmental, holier-than-thou behaviors in my interactions with even my favorite people.

This was ugly. This was so much more than I had bargained for when I first approached my Heavenly Father about showing me my weakness. But acknowledging my judgmental nature was crucial to beginning the process of change. Familiar scriptures and words from the hymnbook took on greater personal meaning:

“…how wilt thou say to thy brother, Let me pull out the mote out of thine eye; and, behold, a beam is in thine own eye? (Matthew 7:4)

“Who am I to judge another when I walk imperfectly?” (1)

“Will ye persist in supposing that ye are better one than another?” (Alma 5:54)

This last question, posed by Alma, revealed to me the root of my weakness: pride. By pronouncing judgments on other people, I was proving that I felt myself superior to them in some way. I had ignored the fact that the position of judge for the entire human race had already been filled—by Someone who was actually qualified for the job.

It is difficult to express the shame and regret I began to feel for my decades long career as a self appointed judge. Did I really believe that the disapproving looks I sent to those I was condemning might somehow be helpful to them? That my cold shoulder might bring them closer to Christ, or inspire them to conform their life to the standard by which I was judging? Even when I showed no outward sign of looking down on someone in judgment, I can see now that my heart hardened a bit with every judgment I pronounced.

“Thou hypocrite, first cast out the beam out of thine own eye; and then shalt thou see clearly to cast out the mote out of thy brother’s eye.” (Matthew 5:7) Funny thing about this statement—turns out it’s true. As I began to focus on repenting of my own sins, on overcoming my own weaknesses, my appreciation for the Savior’s Atonement and His willingness to forgive me increased dramatically, as did my empathy for others who were fighting their own battles with sin and weakness. The daily business of grappling with my personal beams has left little time to fret over someone else’s mote.

An unexpected challenge arose after a few years of mindfully trying to change my ways. About the time I began to congratulate myself (there’s that pride again) for becoming less inclined to pronounce judgments on the entire human race, I began to recognize an ironic tendency: I was beginning to find fault with people on “the fringes of the church” who seemed to be judging church members for being judgmental. Good grief! I was now judging other people for judging other people for judging other people! This had to stop. The most helpful remedy for this weakness has been to study carefully the life and teachings of the Savior, focusing specifically on His interactions both with His followers and His detractors.The theme of the life of Jesus Christ was not judgment—it was love, always love. The one person who might have been justified in casting stones at others, never did.

In recent years, the words of Patrick Q. Mason have resonated with me. He suggests that we must learn “to resist using our own personal experiences as the ultimate measuring stick to judge other people. It is only natural for us to begin by seeing the world through our own eyes—the only pair we have been given. Yet discipleship also calls upon us to go beyond our own experience to recognize the legitimacy and value of others’ lives, however different they are from my own.” (2)

I never liked the Pharisees I read about in the scriptures (I suppose I was judging them too), and I certainly didn’t like feeling that I was one of them. In my early attempts to subdue the “Pharisee in me” I found it necessary to create a mental image which I still use today. The moment I recognize that I’m internally judging someone, I picture a gavel in my hand, say to myself, “I will lay the gavel down,” and then set it where it belongs. This has been surprisingly helpful.

I wish I could confidently claim that I will never take up the gavel again, but old habits are not easily broken. Too often, I still find myself on the wrong side of the bench, reaching for that familiar gavel, eager to pronounce judgment. For now I can only promise I will lay the gavel down as soon as I feel myself slipping into the role of judge.

I’m consciously working toward the day when I lay the gavel down once and for all, and step away from the judgment seat, taking my place on the other side of the bar where I should have been all along. There, with all of God’s children, I will bow before the one true judge—the Holy One of Israel—relying upon His merits and mercy.

Love this article so much.....thank you! ..... not only entertaining, but full of truth. It serves to lift us all to a higher plane as we purposefully set down that gavel.

A wonderful lesson presented and learned in a light humorous manner that I will take very seriously!