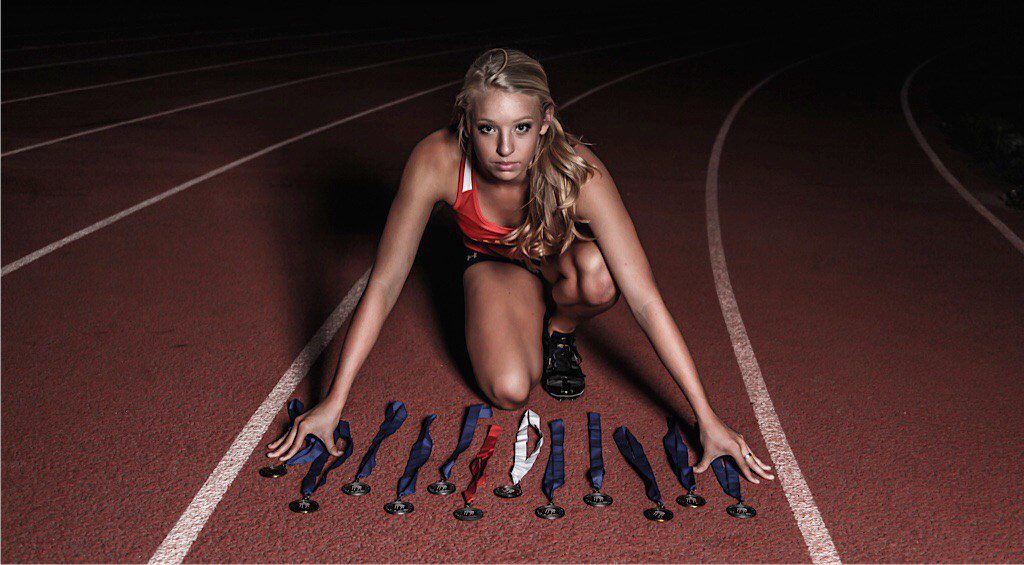 I Was the Person No One Thought Would Amount to Anything

The following was first published at RubyGirl and includes a video interview below. To see the original post, click here.

Last Summer, my 11 year-old daughter, Eliza, was diagnosed with dyseidetic dyslexia. A form of dyslexia where she has a solid understanding of phonics and can read, but her brain has trouble re-visualizing words as an integrated whole. We have been on a steep and sometimes frustrating learning curve as we’ve tried to figure out all that this means and what kind of assistance she needs.

After hearing about Eliza’s diagnosis, a good friend of mine felt inspired to introduce us to someone who faced a similar challenge.

Meet Ellie Heiden. Age 20. Beautiful outside. And inside. In fact, her beauty on the inside will blow you away.

Eliza and I will be forever grateful we met Ellie. She too has dyslexia. But her story changed our perspective, our understanding of dyslexia, and our hope for Eliza’s future.

If you have a learning challenge of any kind, I encourage you to not only hear, but feel what Ellie has to say. She is a living example of the truth Jesus told Moroni when he said, “I will make weak things become strong unto those who humble themselves before me” (Ether 12:27).

When Ellie was young, her classmates were very cruel to her. She would come home from school with bruises on her knees because kids had been kicking her. They would spit on her, call her stupid, refuse to be friends with her. Her story will break your heart. She wanted desperately to be good at something. Anything.

So she started to run. She invited other kids to play tag with her. And her goal? Never get caught. After weeks of playing tag, the other kids said to her, “Ellie, we don’t want to play anymore. Because we can never tag you!” Goal accomplished. And that was the beginning of Ellie’s running career.

Ellie went on to hold 12 state track titles while running for Kamiakin High School in Washington state. 17 medals in all. She was even named Female Athlete of the Year. This girl is fast.

When coaches started talking to her about running competitively on a collegiate level, she was ready. But to be accepted into an NCAA school, she couldn’t take any special ed classes. All classes had to be general curriculum, and she had to do well.

With the help of amazing teachers and mentors, Ellie took all the classes she needed, and scored high enough on the ACT to be accepted academically into BYU, where she received a track scholarship to run for the university.

One year later she felt promptings to serve a mission and was called to the Eugene, Oregon mission. Her first day there she was asked to wear a Mandarin Chinese name tag, and start teaching in Mandarin. With no previous language training.

Daunting for someone who has dyslexia! But as you will see from the interview, she put her absolute trust in the Lord and in his ability to turn weakness into strength.

During one of her first teaching appointments, Ellie’s companion, who was fluent in Mandarin, spoke in English now and then so Ellie could understand. After the discussion Ellie thanked her for “throwing in a few English words so she could follow the conversation.” Her companion replied, “I didn’t speak a single word of English during that discussion.”

Ellie was blessed again and again to understand and learn a language God asked her to learn. True to his promise, He provided a way (1 Nephi 3:7).

Ellie helps us see, no matter what kind of challenge we face, we can make the Lord a part of it.

With every bump in the road, Ellie shows us if we love God, He will cause allthings to work for our good (Romans 8:28). A medical leave certainly wasn’t what Ellie hoped for, but this setback allowed her to meet Eliza, who in turn, will introduce her to you.

There has been a tightness growing in my heart this past year over Eliza, but it began to unravel the moment Ellie told her, “It’s going to be okay. It really is. And I’m excited for you! Your disability will help you learn really important things about yourself and the Lord. He will always help you!”

Ellie’s words lightened a load I have been carrying for months.

I am so proud of Eliza for doing this interview. For being willing to talk about her dyslexia. It’s hard to be graded and compared against students who don’t have reading deficits. It’s scary to feel embarrassed when you are trying to learn.

As a mom, I want so much for Eliza to be successful. Ellie’s perspective, and the light blazing around her face as she spoke to us, filled me with new trust in God’s plan.

Ellie, thank you for sharing your incredible story with Ruby Girl.

Now, don’t let me stand between you and Ellie.

Please excuse the inquiry. What are the symptoms that an individual exhibits makes believe that a person has dyslexia?For over 25 years I have been teaching people who were identified as dyslexic. Careful implementation of educational curricula paired with providing the person with data that the difficulty can be minimized , gives maximum positive results. I would like to contact the persons in this article. Feel free to email me at [email protected]

I have dyslexia. When I was 23 I couldn't read and retain the information very well. Every sentence was a struggle and I had to read whole paragraphs several times to get anything out of them. But I could learn well by listening. I was and am a very good auditory learner. That was how I got through high school...barely. I decided to re-wire my own brain so when I read I LISTENED to the words without ever actually speaking the words. I taught myself to hear through my eyes. I can now read and retain what I read as though someone was reading to me. I am not a fast reader but I can retain what I read better than most non-dyslexics. I even wrote a book and had it published. I have no idea if this will work for any other person but it did for me. Every dyslexic needs to find their own path. We are unique even from every other dyslexic. And by the way...being dyslexic is a gift. Never look at is as a handicap. I can see things and do things that "normal" people can only dream of. So never try to be "normal". Be amazing! Because that is what being dyslexic offers. Why be normal when greatness awaits?