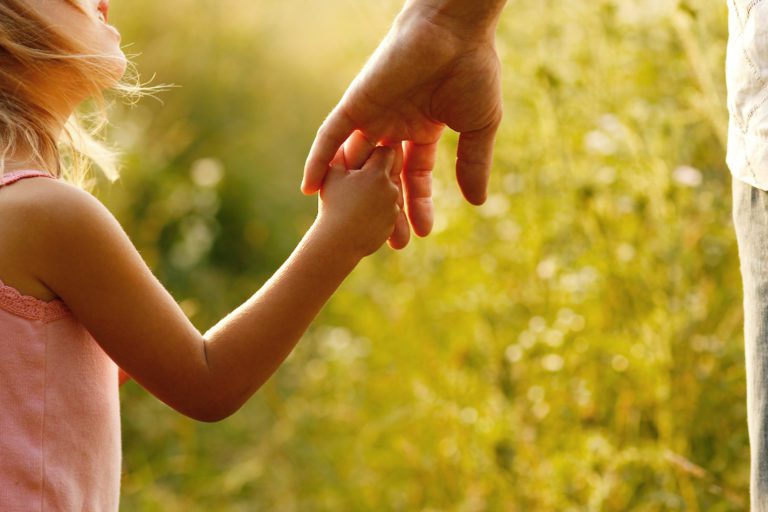 When my son was four or five years old, it became a burden to take him grocery shopping. He always pestered me to buy him everything in sight. I finally told him I wouldn’t take him anymore. However, the next time I set out to grocery shop, he pleaded to come. I reminded him that I didn’t want to take him because he asked for too much. He said, “No mom, this time, I want what YOU want!”  He was so earnest; I decided I would try him. We got to the store, and I could tell that he really wanted to ask for cold cereal, and candy, but he pressed his lips tightly together in a line so he wouldn’t ask. He was doing his best to want what I wanted.

What a powerful metaphor. How many of us are constantly asking God for what we want rather than what he wants for us? How does “my will,” fit in with “Thy will?”

There will come times in our lives when we will be asked to do what we absolutely don’t want to do; to give what we flat out don’t want to give. In fact, we’ll be asked to give more than we actually believe we are capable of giving. Often it is the thing we value most that we are required to place on the “altar,” (health, relationships, possessions, autonomy, etc.), and that is why the test is so powerful. It won’t seem fair. We may even feel rejected by God. Why would He ask us to do this if He really loved us?

What about the teenager who is told by the Lord that she is headed down a wrong path must leave the friends she has had for years. Because she chooses to obey the prompting, she has to endure the anger and taunts of former friends and has to sit alone at lunch for several months, which is especially excruciating for a teen. Or the woman who is required to set aside personal desires to care for her invalid mother for several years, with little reprieve; Or the couple who have to witness their child slip into death; Or the faithful older woman adhering to a prompting to bring another child into the world when others criticize that she already has enough. These “Abrahamic” trials always feel crushing and devastating to those going through them. They were deliberately designed to be that way. President John Taylor said,

“I heard the Prophet Joseph say, in speaking to the Twelve on one occasion: ‘You will have all kinds of trials to pass through. And it is quite as necessary for you to be tried as it was for Abraham and other men of God, and (said he) God will feel after you, and He will take hold of you and wrench your very heart strings, and if you cannot stand it you will not be fit for an inheritance in the Celestial Kingdom of God.” (John Taylor, Deseret News: Semi-Weekly, Aug. 21, 1883, p. 1.)

When Christ was in the garden of Gethsemane, he pleaded with the Father to “take this cup from me.” He vehemently didn’t want to do it. He was asking God for some other way, but when he realized there was none, he opened himself wide to the Father’s will by saying, “Nevertheless, not my will, but thine be done” (Luke 22:42). He was willing to do what it took.

Can we relinquish our will? Notice the times we say, “I won’t do it!” “I can’t bear this anymore!” “I will NOT go through this again!” These emotional messages we send out indicate that our heart has hardened or that we are so worn out we are no longer willing to do things the Lord’s way and we let go of His At-one-ment. Life is so much harder when we resist the very things that are meant to refine us.

Neal A. Maxwell said, “..consecration is not resignation or a mindless caving in. Rather, it is a deliberate expanding outward..” (Neil A. Maxwell, “Swallowed Up in The Will of the Father,” October General Conference, 1995.)

When we make that deliberate choice to give the Lord whatever it takes to consecrate our selves and our will to Him, we expand into the realm of God. Through His grace, we increase our spiritual maturity and will powerfully affect generations to come. Joseph Smith said,

“Stand fast, ye Saints of God, hold on a little while longer, and the storm of life will be past, and you will be rewarded by that God whose servants you are, and who will duly appreciate all your toils and afflictions for Christ’s sake and the Gospel’s. Your names will be handed down to posterity as Saints of God.” (History of the Church, 4:337)

Are we willing to give our all to the Lord and let Him run our lives, even if it means doing what we don’t want to do? The Lord will always compensate us for our obedience and sacrifices. At some point, after we render our complete will to Him, He will swallow it all up, and we will feel succored and carried through the trial (Alma 31:38). The girl who ate alone, eventually attracted wonderful friends; The caregiver was given strength, and rejuvenation until her mother departed; the parents of the dying child felt peace, and the older woman had another child which proved to be one of her greatest blessings.

When I saw my son’s eagerness to submit to me, yet not get what he wanted, it melted my heart, because I knew how hard it was for him. He gave me his agency in that thing, and because of it, all I wanted to do was love him back. I think the Lord feels the same way. During a trial, can we willingly say, “I want what you want Lord?” After we totally submit ourselves, its only a matter of time before we will experience peace, joy and miracles in this life and “all that the father hath” in the next!

"Would you exchange them–now–for two years filled with fun?" "No," said Rilla slowly. "I wouldn't. It's strange–isn't it?–They have been two terrible years–and yet I have a queer feeling of thankfulness for them–as if they had brought me something very precious, with all their pain. I wouldn't want to go back and be the girl I was two years ago, not even if I could. Not that I think I've made any wonderful progress–but I'm not quite the selfish, frivolous little doll I was then. I suppose I had a soul then, Miss Oliver–but I didn't know it. I know it now–and that is worth a great deal–worth all the suffering of the past two years. And still"–Rilla gave a little apologetic laugh, "I don't want to suffer any more–not even for the sake of more soul growth. At the end of two more years I might look back and be thankful for the development they had brought me too; but I don't want it now." "We never do," said Miss Oliver. "That is why we are not left to choose our own means and measure of development, I suppose. No matter how much we value what our lessons have brought us we don't want to go on with the bitter schooling." —L.M. Montgomery, Rilla of Ingleside

I'm going through the "I don't want to do it," phase, and appreciated the insights of this article. Thanks!