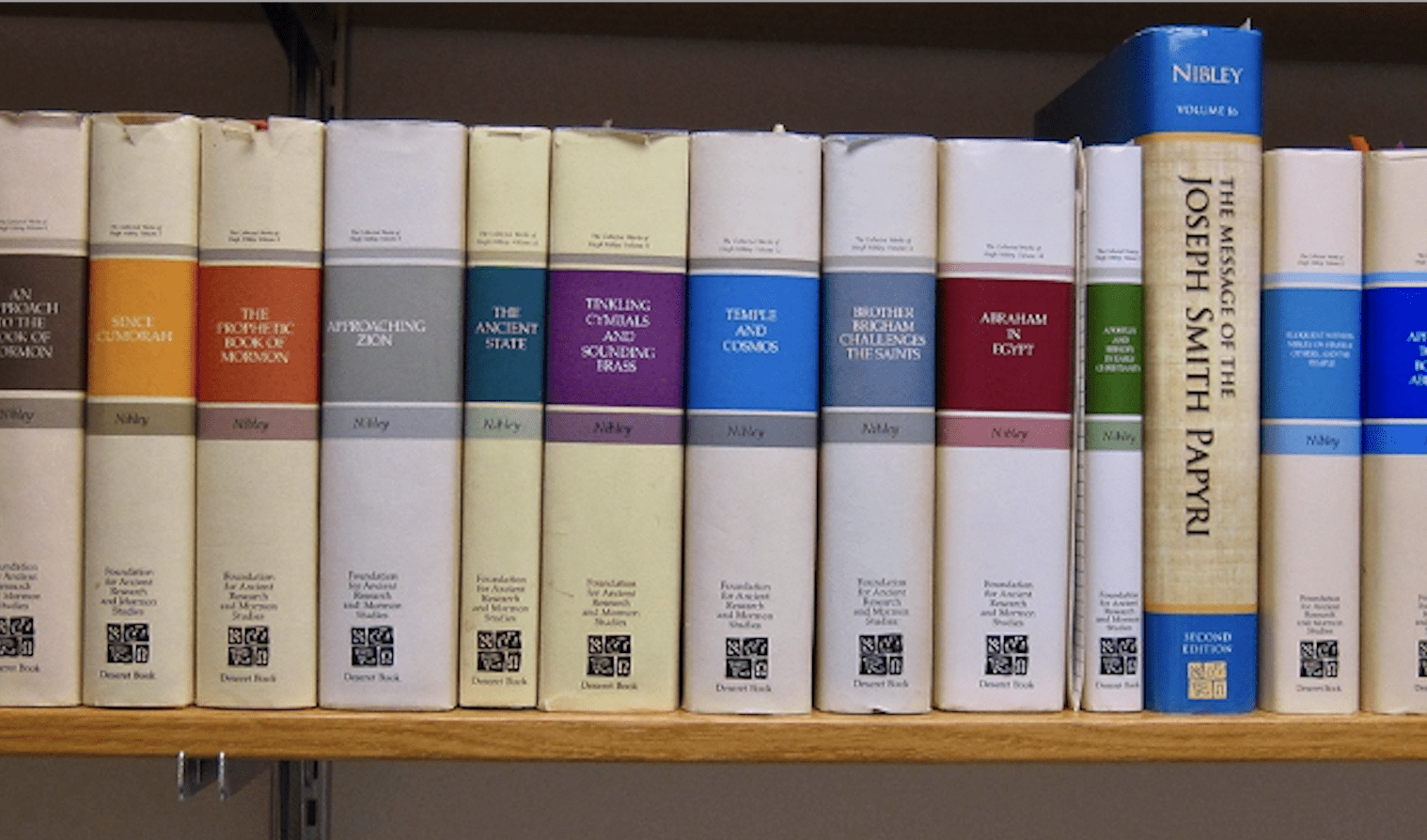 This is the third of eight weekly blog posts published in honor of the life and work of Hugh Nibley (1910–2005). The series is in honor of the new, landmark book, Hugh Nibley Observed, available in softcover, hardback, digital, and audio editions. Each week our post is accompanied by interviews and insights in pdf, audio, and video formats. (See the links at the end of this post.)

Hugh Nibley was a master at taking ancient history and applying its lessons to our day. One of the best examples of this is within his writings on revelation, reason, and rhetoric — or to use Greek equivalents: mantic, sophic, and sophistic views about how we come to know things.[1] Nibley’s perspectives are wonderfully summarized and discussed within BYU professor Eric Huntsman’s chapter of Hugh Nibley Observed.[2]

First, a little background on the subject:

Nibley found parallels between the ancient and modern abuses of rhetoric in many places. For instance, Huntsman writes: “For our politicians to speak persuasively to us, they (a) lie to us, (b) tell us what we want to hear, or (c) talk in short sound bites, giving snippets that the evening news can easily report.”[10] But Nibley reserves his own most biting prose, in this case applying rhetoric in the service of truth rather than falsehood, to the worlds of business and advertising. In 1978, Nibley wrote a preface to an article he wrote entitled “Victoriosa Loquacitas: The Rise of Rhetoric and the Decline of Everything Else,”[11] We quote from this preface, published for the first time in Hugh Nibley Observed:[12]

The disease our world is suffering from is not something peculiar to a uniquely scientific and permissive age, but the very same virus that has finished off all the other great societies of which we have record. The ancients called it Rhetoric. What it amounts to is the acceptance, for the sake of power and profits, of certain acknowledged standards of lying. …

Rhetoric … creates an unreal world — that is its great power, like the power of those idols of wood and stone whose appeal was precisely that they could not see or hear, but ever remained perfectly compliant to the wishes and purposes of their owners. As with a jet engine, the efficiency of rhetoric steadily increases as its surrounding element approximates more and more to a perfect vacuum. As it destroys the real world around it, the power of Rhetoric becomes ever more invincible, moving inexorably towards total supremacy in a total vacuum. We have almost reached that condition today, for some of our greatest fortunes and mightiest corporations are built not on secret formulas for cola drinks or hamburger patties, but on the conversion of those trifles into symbols of youth, beauty, health, super-fun, family togetherness — the soft caress of a child, the flag unfurled — that is what the rascals are selling, and it is the ultimate triumph of pure Rhetoric in the modern world.

Authentic knowledge, obtained both through “study and faith,”[13] is the only vaccine for sophistry. And Nibley’s immunity was in large measure due to his ability to hold the two desirable but sometimes competing worldviews in tension as both “a Sophic and a Mantic man”[14] — though, as his daughter Zina rightly avers “there was more to the mantic than the sophic”[15] in him. As Don Norton’s sums it up at the end of contribution:[16]

Nibley’s nineteen collected volumes contain a refreshing reminder of that there is to know about humans and their behavior, both good and bad, through their historical records. … [But] at the end of many of his lectures, he often offered very simple counsel to his audiences and readers: “Get a testimony. Find out form the Lord your calling in life. Confess your weaknesses before the Lord, and don’t forget to repent daily.”

We hope you will enjoy the video interview of Shirley S. Ricks embedded here, which you can view in either long or short form. Keeping with the theme this week of what Nibley knew about revelation, reason, and rhetoric, Shirley shares her firsthand experience as an editor for many of the nineteen volumes of the Collected Works of Hugh Nibley, and as co-editor of Hugh Nibley Observed.

In addition, this week’s Insight content outlines one of Hugh Nibley’s discoveries about the Atonement of Jesus Christ, as contained in the first of a four part series carried in the Church’s Ensign periodical in 1990. A short video entitled “Where Did the Idea That the Atonement is an “At-One-Ment” Come From?” is embedded below, along with a more complete podcast and pdf transcript that are available for listening or download.

Nibley, Hugh W. 1956. “Victoriosa Loquacitas: The Rise of Rhetoric and the Decline of Everything Else.” In The Ancient State: The Rulers and the Ruled, edited by Donald W. Parry and Stephen D. Ricks. The Collected Works of Hugh Nibley 10, 243-86. Salt Lake City and Provo, UT: Deseret Book and Foundation for Ancient Research and Mormon Studies, 1991. Reprint, Western Speech 20 (Spring 1956), 47-82.