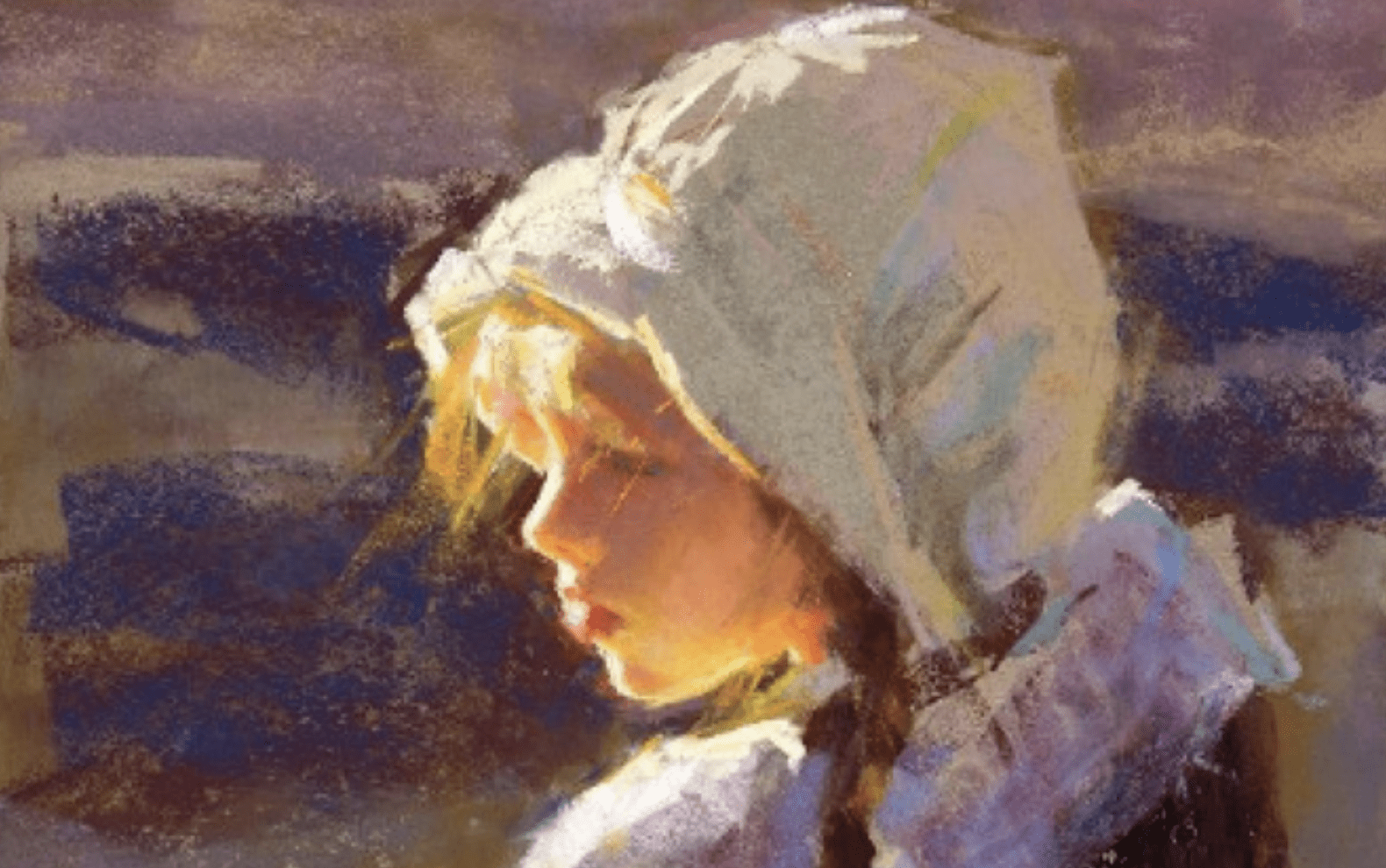 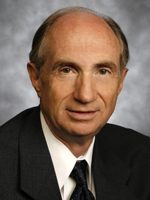 Mary Goble Pay turned thirteen years old somewhere in the North Atlantic Ocean in 1856. She was oldest of six children traveling with their parents on the sailing ship Horizon from Liverpool, England to Boston, Massachusetts, en route to the Great Salt Lake Valley. A seventh child, the oldest, had died in infancy and was buried back in England; an eighth child would be born along the pioneer trail in present-day Nebraska.

My brother and sisters and our cousins grew up listening to and reading the story of Mary Goble Pay’s journey to America. We knew her son—our grandfather—very well, and while we never met our great-grandmother (she died in 1913), we were just one generation away from knowing her personally.

In her sixtieth year, nearly fifty years after her journey, a granddaughter persuaded Mary to write a personal history about her experiences, including her journey across the plains in the winter of 1856.  With that encouragement, Mary sat down with a pen and a small notebook and wrote a fourteen-page autobiographical sketch. The first four pages in that notebook describe her journey from England to Utah, and that brief handwritten memoir has become a priceless gem of Latter-day Saint literature. It has been referenced at least a dozen times in the Ensign magazine and at least four times in general conference, including by President Gordon B. Hinckley, who married the granddaughter of Mary Goble Pay.

Most of Mary’s nearly 900 shipmates on the Horizon, as well the nearly 800 emigrants on the Thorton, which had sailed three weeks earlier, would become members of the ill-fated Willie or Martin handcart companies, or the Hodgetts or Hunt wagon companies which traveled behind the handcart companies and suffered along with them.

It is their story—the tragedy that befell them as they were caught in the early blizzards in Wyoming and the heroism of their rescuers—that is etched into the collective memory of modern Latter-day Saints worldwide. Although the use of handcarts was limited to a total of ten companies between 1856 and 1860, it is the image of handcart pioneers, and particularly of the Willie and Martin companies, that has become the most prominent pioneer image in the minds and hearts of Latter-day Saints.

The Willie and Martin companies, together with the Hodgetts and Hunt wagon trains which traveled near them, left late in the season and two thousand Saints, including the emigrants and their rescuers, were caught in the blizzards of October 1856. It is their experience that has come to symbolize the entire emigration, so much so that the very notion of a modern-day “pioneer trek” is a handcart trek—and for many of the same reasons that handcarts were first used: they are relatively simple and inexpensive.

Just as the image of the Willie and Martin handcart pioneers have come to symbolize the entire emigration, Mary’s simple and direct autobiography has become one of the iconic personal accounts of the emigration. Here are some brief excerpts from her story.

“I, Mary Goble, was born in Brighton, Sussex, England, June 2, 1843. … My childhood days were spent the same as most children. On November the 5th [1855] I was baptized. The following May we started for Utah. …We came to London the first day, the next day came to Liverpool and went on board the ship Horizon that evening.

“We sailed on the 25th. … I well remember how we watched old England fade from sight. We sang, ‘Farewell, Our Native Land, Farewell.’”

After seven weeks on the Horizon, the Gobles disembarked in Boston. From Boston they traveled by train to Iowa City, the embarkation point for the journey across the plains. Mary continued,

“My sister Fanny broke out with measles on the ship, and when we were in Iowa Campground, there came up a thunderstorm. It blew down our shelter, made with handcarts and some quilts. … Fanny got wet and died the 19th of July 1856. She would have been two years old on the 23rd of July. The day before we started on our journey, we visited her grave. We felt awful to leave our little sister there.”

Mary’s family had sufficient means to purchase a wagon and two yoke of oxen, and were assigned to the Hunt wagon company with instructions not to pass the Martin handcart company, who might need their assistance.

“We traveled on till we got to the last crossing of the Platte River,” Mary recalled. “That was the last walk I ever had with my mother. We caught up with the handcart companies that day. We watched them cross the river. There were great lumps of ice floating down the river. It was bitter cold. The next morning there were fourteen dead in camp through the cold. We went back to camp and went to prayers. They sang, ‘Come, Come Ye Saints, No Toil Nor Labor Fear.’ I wondered what made my mother cry.”

Mary’s mother gave birth to a little girl on the trail in Nebraska. Mary wrote, “We named her Edith. She lived six weeks and died for want of nourishment and was buried [near] the last crossing of the Sweetwater.

“My mother never got well. She lingered till the 11th of December, the day we arrived in Salt Lake City, 1856. She died between the Little and Big Mountains [in Emigration Canyon just east of Salt Lake City]. She was buried in the Salt Lake City Cemetery. Her age was 43. She and her babe lost their [lives] gathering to Zion in such a late season of the year.

“When we arrived at Devil’s Gate it was bitter cold. … While there an ox fell on the ice, and the brethren killed it, and the beef was given out to the camp. We made a soup of it. My brother James ate a hearty supper and was as well as he ever was when he went to bed. In the morning he was dead.

“I got my feet frozen and lost all of my toes. My brother Edwin got his feet frozen bad. My sister Carrie’s feet [were] frozen. It was nothing but snow. … We did not know what would become of us.”

With the help of rescuers sent out by Brigham Young, the surviving members of Mary’s family arrived in the Valley “at 9 o’clock at night the 11th of December 1856. Three of the four that were living were frozen. My mother was dead in the wagon. Bishop Hardy had us taken to a house in his ward, and the brethren and sisters fetched us plenty of food. We had to be careful and not eat too much as it might kill us as we were so hungry.

“The next day the bishop came and brought a doctor. … The doctor amputated my toes using a saw and a butcher knife. The sisters were dressing mother for her grave. My poor father walked in the room where mother was, then back to us, He could not shed a tear. When our feet were fixed they packed us in to see our mother for the last time. Oh, how did we stand it? That afternoon she was buried.”

The story of the 1856 immigration tragedy is complex. I have spent several years reading accounts of and researching the events of 1856 to better understand the details of Mary’s journey, corroborate her account, put her reminiscences in context with other events taking place along the trail, and fill in missing details.

There were nearly 1600 emigrants strung out across two hundred miles of high prairie in October and November of 1856, the Willie company furthest west and the Hunt company furthest east. The weather was bitter cold, and the snow so deep that travel was sometimes impossible. At the same time, several different rescue teams were traveling east with assistance, and express riders were moving back and forth as fast as the weather and their horses would allow, trying to make sense of what was happening and get information and help to where they were needed most. The rescuers, caught in the same storms as the emigrants, found their own lives in jeopardy, and the movement of so many groups in various directions makes for a complicated story.

But much of the power of Mary’s narrative lies in its simplicity and brevity: a father and mother with six young children and a seventh on the way, converts of just a few months, leave their comfortable home in England in May. In December, the father and four badly frozen but surviving children arrive in the Salt Lake Valley with the mother’s frozen body in the wagon; three children lie buried on the trail. Mary’s narrative endures as a moving story of a young girl and her family who were willing to sacrifice everything for the gospel.

Fifty years after her journey, in 1906, Mary visited Salt Lake City from her home in Nephi to attend a reunion of her fellow pioneers. While in the city, she visited her mother’s grave for the first time, “for when she was buried,” she wrote, “our feet were so bad that we could not go to the funeral and then…we moved south to Nephi. No one knows how I felt as we stood there by her grave.” Mary stood at the grave accompanied by one of her sons and a granddaughter. “Our mother,” she continued, was a martyr for the truth. I thought of her words, ‘Polly, I want to go to Zion while my children are small, so they can be raised in the Gospel of Christ, for I know this is the true Church.”

Mary’s brief autobiography has influenced many thousands of Saints around the world and has helped to cement their faith and devotion to the great cause for which she suffered so much. But her story has undoubtedly had its greatest impact on her own descendants.

One hundred fifty years after her journey, on December 11, 2006, more than 250 descendants of Mary Goble Pay—all active and faithful members of the Church of Jesus Christ of Latter-day Saints—gathered in the Social Hall at This Is The Place Heritage Park to commemorate the 150th anniversary of Mary’s arrival. It was a bitter cold night, much like the night that thirteen-year-old Mary, her feet frozen and her mother’s frozen body in the wagon, arrived in the Valley. But unlike their ancestor, they were all dressed in warm coats, warm hats and warm gloves. They arrived in warm cars, met in a warm building, and returned to warm homes.

It is always special for me to read of remarkedly good events as well as to read and feel the writers' emotions pertaining to stories like this one. By the same token, testimonies are always welcome to my mind. Knowledge of the gospel has given me the opportunity to smile, cry, wonder, as well as enjoy its truthfulness. Thank you for this example of strength and fortitude.

My Great Grandfather was also part of the same Hunt Company. The sacrifices they made strengthen me today...I can do hard things! Grateful for those who kept journals and strengthen us.