Hope for Parents Who Lose Their Tempers | Meridian Magazine 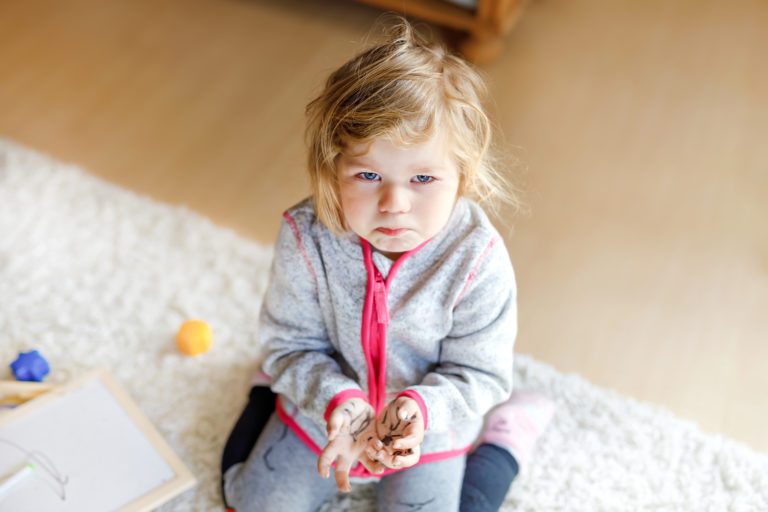 Hope for Parents Who Lose Their Tempers

“I hate that I’ve been mean to my children before,” confessed a father I was speaking to recently. Instead of calmly handling difficult situations, this father had become frustrated a few times and lost his temper with his children. His voice tone and body were humble as he confessed this. He wasn’t making excuses for his bad behavior but was being honest about what he had done. He was showing remorse while expressing a sincere desire to change.

The Desire of the Heart

If parents are ever mean to their child, are they bad? Are they evil for having done a behavior they know is wrong? Is there any hope for them? I know that some say it depends on the behavior. But even if people do something bad enough that they need to go to jail, are they evil if they are repenting of their wrong?

By acknowledging the child is still learning and assuming he or she has good intentions, parents are allowing their child to leave the bad choice in the past and freely improve or repent of his/her wrong doing with the least amount of anxiety possible.

Parents must also give themselves and other adults the same benefit of the doubt during and after adult misbehavior in order to facilitate a change in the adult’s heart as well.

The Way We Face

“Who is righteous? Anyone who is repenting. No matter how bad he has been, if he is repenting, he is a righteous man. There is hope for him. And no matter how good he has been all his life, if he is not repenting, he is a wicked man. The difference is which way you are facing. The man on the top of the stairs facing down is much worse off than the man on the bottom step who is facing up. The direction we are facing, that is repentance; and that is what determines whether we are good or bad.” Hugh Nibley, Approaching Zion, pg. 301-302

If we’ve done wrong but are facing in the direction of self-improvement, then we’re doing good. However, if we’re deliberately doing wrong and rationalizing it and knowingly repeating it, then we’re not doing good.

Self-government is being able to determine the cause and effect of any given situation and possessing a knowledge of our own behaviors so that we can control them. This means that to become self-governing, a person has to navigate multiple situations and then analyze the effects of their own behaviors while planning new, more effective behaviors for the next time. This is a process. It’s a way of living that requires a steady focus toward a desired goal.

Just like the father in the previous story, parents and children in every family are going to make some mistakes. It’s just part of learning as a family. But what direction we face when the mistakes are made can either be powerful… or detrimental.

If the family starts out facing in a unified direction toward the type of family they’re becoming — and toward the empowerment that comes through self-government — then the family will be able to weather the bumps along the way. They’ll know that one mistake doesn’t make a bad or evil child or parent. They will acknowledge the wrong behavior and confidently move toward self-improvement and family strengthening.

Conversely, a family that doesn’t plan ahead by providing a unified family direction and rules for family communication skills (including a tone of safety) will often end up feeling unattached and misunderstood. Family members will be more prone to feeling lonely. These families are likely to get sucked into every emotional moment each family member has and treat it as a family crisis — instead of seeing the moment as something to be overcome or a time to learn a new lesson. Without a focus and a plan that moves the family forward, the environment can feel heavy and unsafe.

To learn self-government is to repeatedly repent of mistakes. Good parenting isn’t being perfect. Rather, it’s improving at parenting continually. Good self-government parenting is not only acknowledging mistakes but also focusing most of our efforts on moving in a forward direction. It’s facing where each person is going instead of focusing on where this person has just been; even if they are the parent.

One of the greatest gifts we have in life is that we don’t have to remain in the same condition of heart, mind or body. To keep striving for self-improvement, most all of us can transform the way we are and the way we choose to see our circumstances. We can change. Of course, sometimes it requires help from others to fully change our behaviors. But in the end, the change in our hearts is ultimately up to us. We must acknowledge truths about our circumstances and truths about where we’re headed as a person and as a family by facing forward and bravely stepping in that desired direction.

I don’t know the magnitude of what the father who spoke to me has done, but I’m so glad he feels bad for his misdeeds. That is good. Now comes the hardest part: he must move on toward who he’s becoming and who the family is becoming. He must completely forgive himself by forgetting the misdeeds. Those deeds don’t define him — providing he’s facing and moving toward his potential.

This is a great article and most families need it. Thank you!