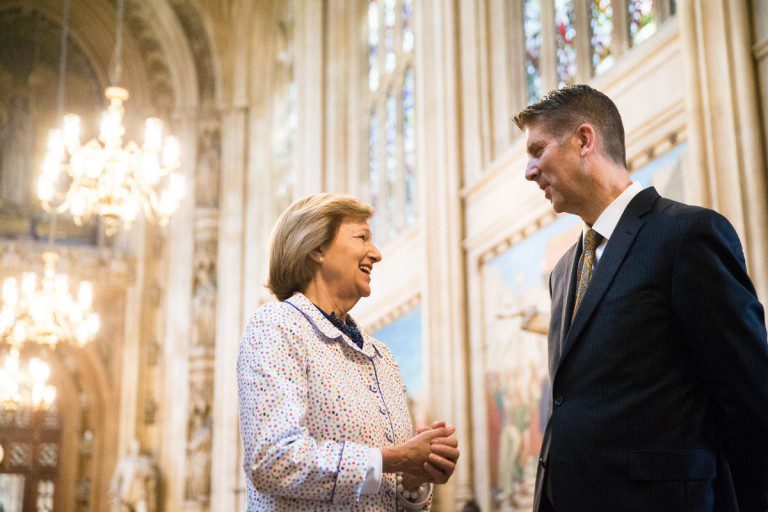 Most countries and schools educate university students and skilled laborers separately, an act of educational segregation that a growing number of experts believe has contributed to widening polarization in America and across Europe.

Utah Valley University educates both groups together, and President Matt Holland, who is spending the summer in England, offered UVU’s dual model as a possible solution to an interested audience of British Members of Parliament in London this week.

Brexit and President Trump’s election revealed political, cultural and social divides, Holland said. “Part of the reason we’re more divided is because our educational systems have been segregated. We train vocational students in one way, and we train university students in another way. What we need is a better blend.”

Holland was one of three panelists who appeared at the annual meeting of the All-Party Parliamentary Group on Foreign Affairs. The standing-room-only event was held in the House of Lords at the Palace of Westminster. It included members of both houses of Parliament, the House of Lords and the House of Commons, with representatives of the Tory, Labor and Liberal Democrat parties.

Another panelist called for an end to “a false divide between technical and academic education.”