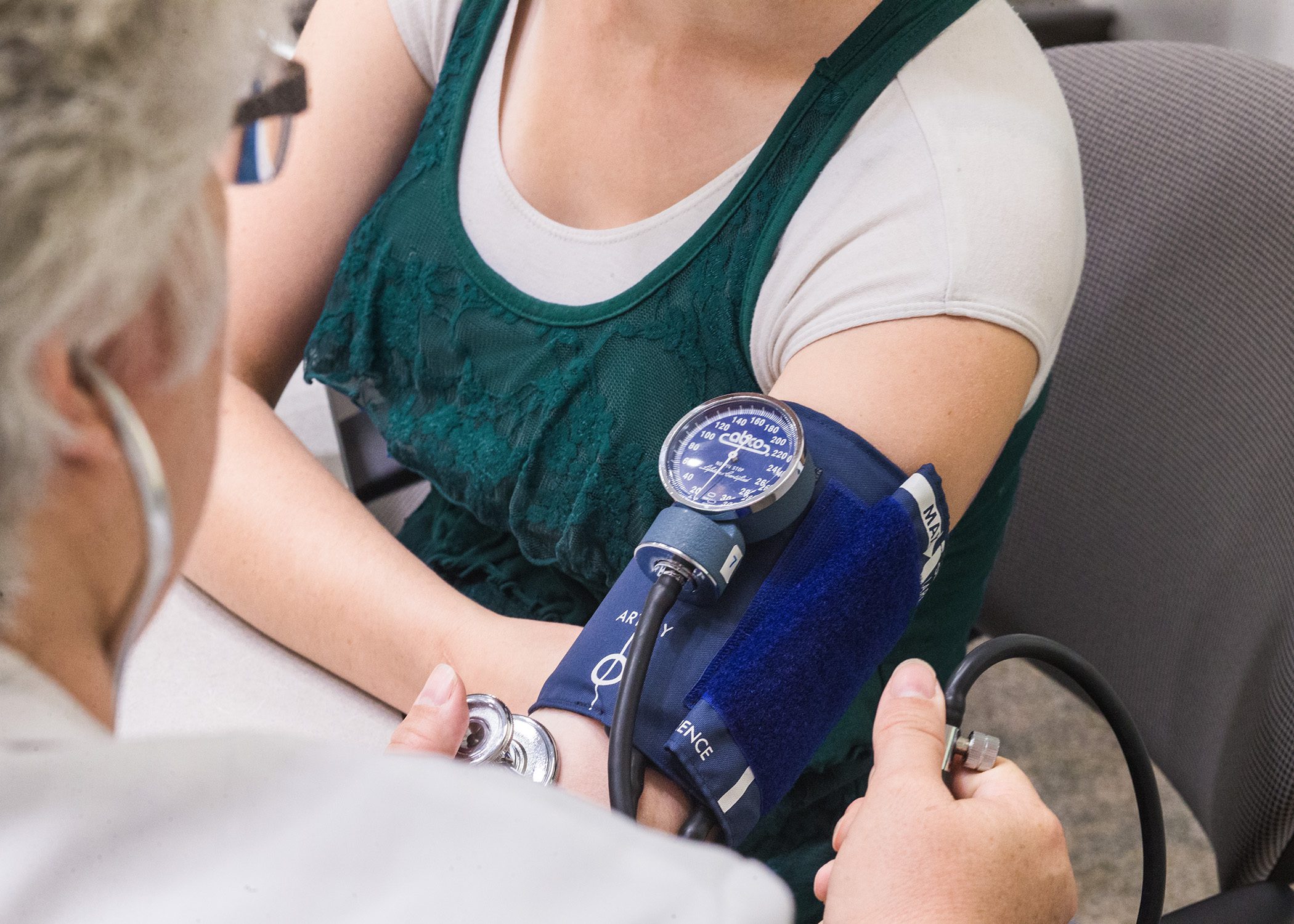 A study coauthored by a BYU professor and a BYU undergraduate suggests that people with a genetic predisposition to high blood pressure have a lower risk for Alzheimer’s disease.

However, authors conclude the connection may have more to do with anti-hypertension medication than high blood pressure itself.

“It’s likely that this protective effect is coming from antihypertensive drugs,” said co-author John Kauwe, associate professor of biology at BYU. “These drugs are already FDA approved. We need to take a serious look at them for Alzheimer’s prevention.”

The study, published Tuesday in PLOS Medicine, analyzed genetic data from 17,008 individuals with Alzheimer’s and 37,154 people without the disease. Data came from the Alzheimer’s Disease Genetics Consortium and the International Genomics of Alzheimer’s Project.

BYU researchers worked with scholars from Cambridge, the University of Washington and several other institutions on the massive study. BYU’s role was to flex its muscles in supercomputing and bioinformatics. With the help of BYU’s supercomputer, Kauwe and undergraduate student Kevin Boehme pieced together 32 data sets for the analysis.

The research team looked for links between Alzheimer’s disease and a number of health conditions—including diabetes, obesity, and high cholesterol—but only found a significant association between higher systolic blood pressure and reduced Alzheimer’s risk. (A weak connection between smoking and Alzheimer’s also surfaced.)

“Our results are the opposite of what people might think,” said fellow co-author Paul Crane, a University of Washington associate professor of internal medicine. “It may be that high blood pressure is protective, or it may be that something that people with high blood pressure are exposed to more often, such as antihypertensive medication, is protecting them from Alzheimer’s disease.”

“This is to date the most authoritative paper looking at causal relationships between Alzheimer’s disease and these potentially modifiable factors,” Kauwe said. “In terms of the number of samples, it can’t get bigger at this point.”

Worldwide, about 44 million people have dementia, a group of brain degeneration disorders characterized by an irreversible decline in memory, communication, and other “cognitive” functions. Dementia mainly affects older people, and because people are living longer, experts estimate that more than 135 million people will have dementia by 2050. The most common form of dementia, which accounts for 60%–70% of cases, is Alzheimer disease (AD). The earliest sign of AD is often increasing forgetfulness. As the disease progresses, affected individuals gradually lose the ability to look after themselves, they may be- come anxious or aggressive, and they may have difficulty recognizing friends and relatives. People with late stage disease may lose control of their bladder and of other physical functions. At present, there is no cure for AD, although some of its symptoms can be managed with drugs. Most people with AD are initially cared for at home by relatives and other caregivers, but many affected individuals end their days in a care home or specialist nursing home.