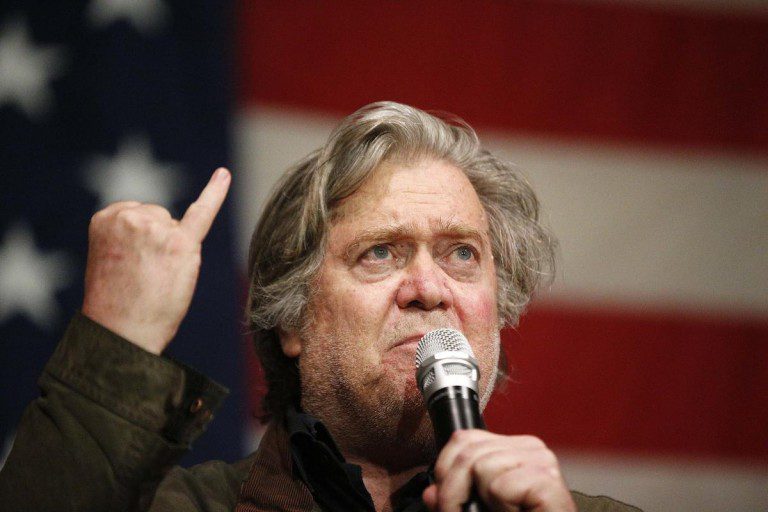 The following is excerpted from The Salt Lake Tribune. It was written by Thomas Burr and Bob Mims.

Bannon, who formerly served as top White House strategist for President Donald Trump, blasted Romney on Tuesday night at a rally for embattled GOP Senate nominee Roy Moore in Alabama. Romney had tweeted earlier that Moore would be a “stain” on the Senate if elected.

“By the way, Mitt, while we’re on the subject of honor and integrity, you avoided service, brother,” Bannon said, according to The Washington Post. “Mitt, here’s how it is, brother: The college deferments, we can debate that — but you hid behind your religion. You went to France to be a missionary while guys were dying in rice paddies in Vietnam.”

Romney, the 2012 GOP presidential nominee who now lives in Utah, received draft deferments to serve an LDS mission in France.

Bannon, who also received deferments but served in the Navy after he graduated from college, also criticized Romney’s family.

The Deseret News added interesting details to the comparison of integrity between these two political figures. That article is excerpted below. To read the full article, click here.

Putting aside that Bannon’s political idol, Donald Trump, also deferred service during the Vietnam War, the subtle suggestion that one’s service in the military might be a reason to overlook disturbing allegations does a severe disservice to the country’s men and women in uniform.

While Bannon is familiar with the accusations against Moore regarding his alleged treatment of teenage girls, if he really cares to learn about “honor and integrity” he would do well to read about Romney’s efforts to rescue a teenage girl back in the summer of 1996.

According to reports by the Boston Globe, Romney temporarily shut down his firm, Bain Capitol, to devote its sizable resources to search for the teenage daughter of one his colleagues who had gone missing after a night out in New York City.

Romney chartered a flight from Boston to New York, and, according to the Globe, “set up elaborate search parties, mapping out territories of New York City and turning to a public relations firm for help. Within days, they’d been featured on TV news, and the teenager who had taken (the daughter) home to Montauk, N.Y. — where she was shivering through detox after a massive dose of ecstasy — called hoping for a reward.”

Meanwhile, that same summer, while Romney was saving a woman in distress, Bannon was facing misdemeanor charges in California for domestic violence and battery. Bannon pled not guilty.

Bill, I met Romney on a couple of occasions, and he comes across as one of the American politicians with the highest level of moral integrity, So he does indeed have moral authority to warn voters about Trump being a con man. I do actuallly personally know people who have become victims to Trump's shady business dealings. This does not mean that Trump is all bad, especially when he defends conservative values and protects the rights of Christians. But let's face it, Romney would have made a much more trustworthy President, should he have run in 2016.

I cannot imagine being "disappointed" when Bannon turned out to be exactly what he has shown himself to be in every other public statement he has made. I would only be disappointed if I had expected some other behavior from him. But he's a jerk so why would I expect something else from him?