Great Advice Books for Graduates (of All Ages) | Meridian Magazine 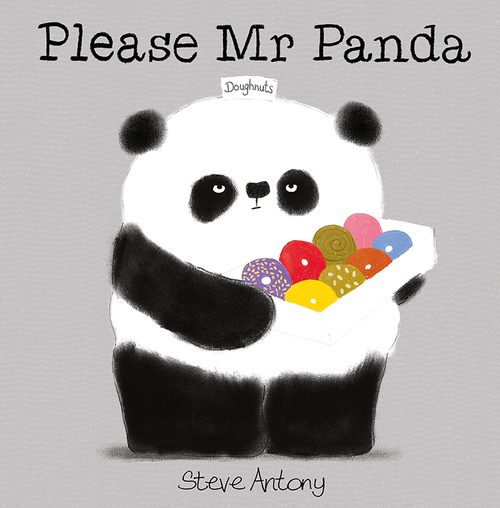 Great Advice Books for Graduates of All Ages

Graduation is just around the corner for elementary, middle and high school as well as college.  Here are some outstanding books to help your graduate navigate through a successful life.

Please, Mr. Panda, by Steve Antony, is a sparsely worded book but packs the punch of the importance of being considerate and showing good manners.  Mr. Panda offers colorful donuts to a penguin, skunk, flamingo and whale.  Each animal responds with their impolite desires.  Subsequently, he turns them all down.  Only when a very polite lemur responds with a polite gesture, does Mr. Panda relinquish all of his donuts and the lemur graciously shows appreciation by saying, “Thank you very much!”  The palate of colors is limited to just the donuts leaving the rest a backdrop of gray and all of the animals are black and white.  There is a great lesson to be learned here along with a wide variety of discussions on how to treat others with respect.  Be sure to check out the clever end pages.

Nobody’s Perfect, by David Elliott, and painted with an explosion of colors by Sam Zuppardi, begins with a young boy sitting on a step.  (You later discover that he’s in “time-out”.)  He seems to be contemplating his family and friends and pointing out how they aren’t perfect.  For instance, his baby sister can be very annoyingly loud when she wants her way.  And his friend, Jack, seems to be “kind of a show-off”.  But then he points out that “sometimes it’s fun when Jack shows off”.  And sometimes he likes his little sister to be loud.  So the lesson here is: it’s better to concentrate on the good and not to focus on the bad in everyone you love.  The pages are lush with color and the depictions of the boy and his family are delightfully drawn with the look of a young artist.

Peace is an Offering, by Annette LeBox, and painted with watercolor by Stephanie Graegin, is a smallish sized book about appreciating and taking notice of all that surrounds us and in being kind to one another.  The poetic verses are simple and have only one or two sentences on each page, like this: “A kiss on the cheek, raindrops and dew. / A walk in the park, a bowl of hot stew.”

The Grasshopper & the Ants, by Aesop, and brilliantly painted with every painstaking detail by award winner Jerry Pinkney, teaches the great lesson of never putting off until tomorrow what you can do today!  Grasshopper watches the very busy ants and asks them why they’re working so hard.  He tells them, “It’s spring and time to go fishing.”  But these industrial ants respond that there is “No time to relax.”  Through the next two seasons as the ants continue to work hard and prepare for winter, he desires them to come have a picnic with him and to dance and sing.  Only when the cold snow falls and he is left out in it, does he suffer the consequences.  But the kind Queen Ant takes heart and invites him in.  The art work is spectacular, even the title inside page is covered with nature.

The Three Mouths of Little Tom Drum, by Nancy Willard, and wonderfully illustrated with pen and ink pastel by Kevin Hawkes, is a humorous story about how a lack of self-control can have some very bad results. But being inventive can help get through difficult times.  When Little Tom Drum asks his mom if he can have yet another piece of strawberry pie, she teases him and asks if he has “three mouths”.  But before he knows it, three mouths appear on his face.  Now he has to be home-taught and deal with his mouths. However, he soon realizes that he can invent cool things that make life easier for all.  This is a perfect book to read out-loud which will then encourage much discussion.

Night Sky Dragons, by Mal Peet and Elspeth Graham, and beautifully illustrated with pen and watercolor by Patrick Benson, is ultimately a story of redemption and how one family comes back together.  This wonderfully told story takes place in China where a young boy, Yazul, is dealing with his mother’s death. He spends much time with his grandfather learning how to make kites which helps him take his mind off his sorrow.  However, when he makes a bad decision with a kite and ruins a family heirloom, his stern father makes him pay by working hard in the kitchen.  When the family is overrun with bandits, Yazul’s ingeniousness saves the day and his relationship with his father.  Here is another book that begs to be read out-loud.

My Pen, by Christopher Myers, is a creative story all about a young boy’s imagination and his ability to draw.  He can create anything impossible or unimaginable, like an elephant inside a teacup or a young girl holding a man in the palm of her hand.  There is even a pair of satellite running shoes with computer laces.  All of the potential that we all have can be at the tips of our fingers.

Half a Man, by Michael Morpurgo, and illustrated by Gemma O’Callaghan, is a touching story that helps all of us understand others that might look deformed or different such as injured soldiers returning from war.  The story is told through the eyes of Michael, a young boy, who is afraid to even look at his grandfather who was severely burned during the war.  The grandfather is affected by how he looks and thinks of himself as “Half a Man”.  But as Michael spends more and more time with him, both begin to bond with each other and his grandfather begins to discover a more fulfilling life.  This touching chapter book is short with only 35 pages of text along with pictures on every open spread.

Mesmerized (How Ben Franklin Solved a Mystery that Baffled All of France), by Mara Rockliff, and illustrated by drawing with pencil and coloring digitally by Iacopo Bruno, will deftly show how you can question, research and analyze theories in science that seem untrue.  When Benjamin Franklin was in France seeking funds to help America defeat the British, he was hired by the king to investigate a man whom claimed to have magical abilities, such as waving an iron wand around a person and then saying they are healed.  As you read how Franklin set out to disprove this man, you also see the clear methods used to disprove all the man was about.  The scientific details found throughout, as well as in the back of the book, might just motivate a new scientist in your family.