General Conference by the Numbers: Modern Revelation Unfolding Before Our Eyes « Meridian Magazine 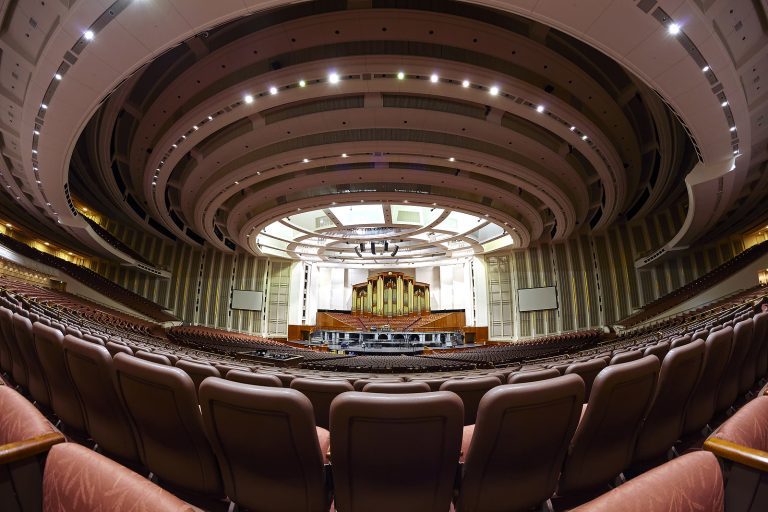 General Conference by the Numbers: Modern Revelation Unfolding Before Our Eyes

President Nelson’s talk, Let God Prevail, in the October 2020 general conference, is one of the most important talks in recent memory.  It is breathtaking to witness modern revelation unfolding before our eyes.  With parallels to Alma chapter 5, President Nelson concluded his talk with a series of probing questions:

This article takes a data-driven look back at the October 2020 conference to identify the main themes of the conference and of the Nelson era in general.

… and he inviteth them all to come unto him and partake of his goodness; and he denieth none that come unto him, black and white, bond and free, male and female; and he remembereth the heathen; and all are alike unto God, both Jew and Gentile.

What is surprising and prophetic, is that references to 2 Nephi 26:33 have significantly increased throughout the Nelson era – before these protests took place.  Prior to the Nelson era this verse was infrequently referenced as shown below:

Unity has always been an important topic in the church.  The Lord has said “… if ye are not one ye are not mine.” (D&C 38:27).  Usage of the word unity has increased during the Nelson era to 11% of all conference talks as shown here:

Each of us has a divine potential because each is a child of God. Each is equal in His eyes. The implications of this truth are profound. Brothers and sisters, please listen carefully to what I am about to say. God does not love one race more than another. His doctrine on this matter is clear. He invites all to come unto Him, “black and white, bond and free, male and female.”

And the Lord called his people Zion, because they were of one heart and one mind, and dwelt in righteousness; and there was no poor among them.

President Nelson has referred to the year 2020 as a “hinge point” in the history of the Church.  As events unfold in the world around us, we can feel an increasing urgency to prepare for the Second Coming.  Becoming a Zion people is a necessary part of that preparation.  It will be interesting to see if this theme is continued in the April 2021 conference.

President Henry B. Eyring in his talk, Sisters in Zion, spoke directly to the women of the Church about their role creating a Zion people (emphasis added):

You sisters, your daughters, your granddaughters, and the women you have nurtured will be at the heart of creating that society of people who will join in glorious association with the Savior. You will be an essential force in the gathering of Israel and in the creation of a Zion people who will dwell in peace in the New Jerusalem.

In his talk, Let God Prevail, President Nelson continued his emphasis on the gathering of Israel.  He said:

For centuries, prophets have foretold this gathering, and it is happening right now! As an essential prelude to the Second Coming of the Lord, it is the most important work in the world!

During his first general conference as our prophet in April 2018, President Nelson spoke about personal revelation: (emphasis added)

The constant availability of social media and a 24-hour news cycle bombard us with relentless messages. If we are to have any hope of sifting through the myriad of voices and the philosophies of men that attack truth, we must learn to receive revelation.

Our Savior and Redeemer, Jesus Christ, will perform some of His mightiest works between now and when He comes again. We will see miraculous indications that God the Father and His Son, Jesus Christ, preside over this Church in majesty and glory. But in coming days, it will not be possible to survive spiritually without the guiding, directing, comforting, and constant influence of the Holy Ghost.

The following chart shows the emphasis on personal revelation during the Nelson era:

Personal revelation and spiritual preparedness have long been central themes in general conference as shown in the following chart:

As shown in the chart above, there has been an increasing emphasis on spiritual preparation for the past 50 years.  Being spiritually prepared has been given even more emphasis in the Nelson era:

Here is a look back at the statistics for October 2020:

This general conference data may be accessed at https://searchgeneralconference.com Questions and comments are welcome at: mailto:[email protected]

I feel a major theme was anti-racism am quite disappointed you did. It mention that at all. That is much more specific than just unity. The prophet gave us a call to lead out against prejudice and racism... and his talk was not the only talk to address it.

Please keep the personal political agendas out of this space. Many members of the church DO NOT agree that racism was any part of the riots. You saying it was, doesn’t make it a reality.At NO time, from ANY speaker, did we hear counsel on the riots and racism.The messages of unity would have been completely nullified had they connected actions to motivations.Using the term “racism” automatically separates groups into value positions of being “LESS THAN”.We should shun that word as deeply as we shun any position that classifies Gods Children, collectively, as being less worthy.