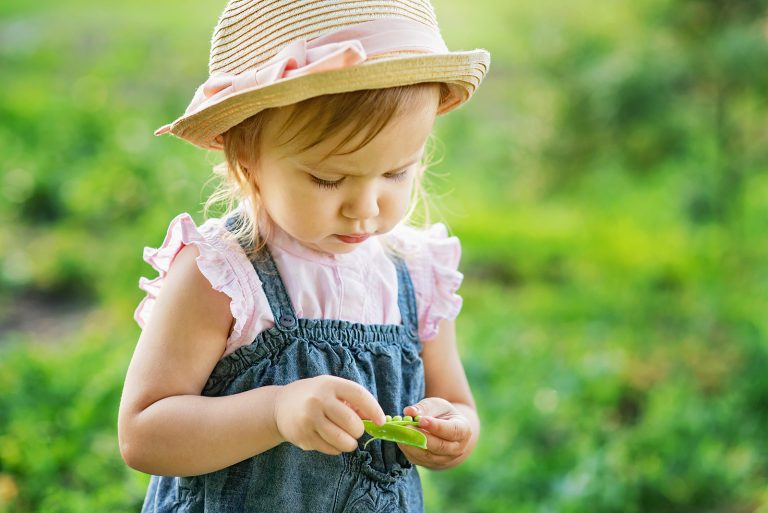 To relieve stress when I was working on my master’s degree, I put a garden in where an old weed patch had been behind our apartment complex. I used a garden fork and turned the soil over by hand. When the curious children kept gathering around, I let them be part of it.

When I started planting, the children came to watch and wanted to help. With the younger children, calling it “help” was a misuse of the English language. I learned not to let them plant small things like carrot seed. They would use an entire bag in about one foot of the row when it should have planted about thirty feet.

I also realized that if I wanted to keep any of the garden produce for my family, I would have to have a segment for the children, and another segment that was mine. I marked off the two areas, separated by a line of twine. I bought the seeds and helped the children plant their section. After work, I came out to see children standing in the middle of their garden area.

“How come nothing has come up yet?” Suzanne asked. She was an impatient five-year-old.

“It takes some time,” I replied. “We only planted it yesterday.”

“How much time?” seven-year-old Timothy asked.

“You should probably see the radishes within about two weeks. The other things will take longer.”

“Nothing is going to grow if you keep tromping on it. How would you like somebody standing on your head? You need to just look from the edge until the rows come up so you can see where to step.”

They all left their garden and came over to watch me. They wanted to help plant, but I told them I wanted to do it myself on this part.

“But I have a surprise for you,” I said. “You can help me with that when I’m done here.”

They were so excited they could hardly stand still. They kept coming into my garden area and tromping my seeded area, so I finally gave up. There were about ten of them, with the oldest ones being about twelve years old.

I took the children over to a weed patch at one corner of the lawn. There I had stacked six two-inch by two-inch boards that were each eight feet long. I also had some twine. I had gotten all of it from the scrap pile where I took care of horses.

“What are these for?” Jan, one of the twelve-year-olds, asked.

“We are going to make a fort,” I replied. I thought the older children might think that was childish, but even they seemed excited.

First, I dug a square, eight feet on each side. Then, after moving the children out of the way, I took an ax and sharpened the boards to a point on one end. Next, I pounded one board into the ground at each corner of the square. Lastly, I pounded in the last two boards two feet apart in the middle of the side by the lawn. That would be the door.

The children kept asking questions about what I was doing, and I just kept telling them to wait and see. Once the boards were in place, I gave each of the children some twine to untangle. Then we started tying strands between the boards on each side at about six-inch intervals, all the way to the top. We left the lowest four feet of the door area uncovered.

When we finished with the twine, Jan said, “It’s not much of a fort.”

“There’s one more thing,” I replied.

I gave each child a handful of climbing beans and showed them how to plant them about four inches apart along the sides, except in the doorway. The older children helped the younger ones.

They all looked skeptical when we finished. I could see they struggled to envision it, but their curiosity and excitement were unbounded. The only thing that was greater was their impatience.

I just hoped I could get them to leave the seeds alone long enough for the plants to grow.