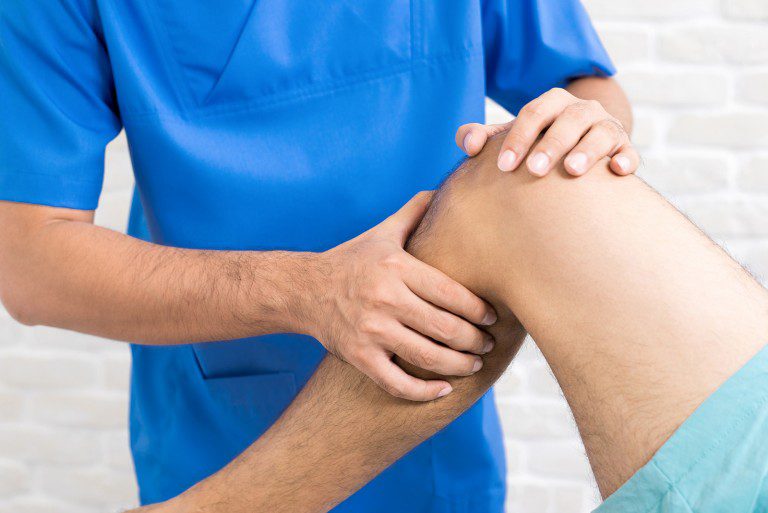 I had a knee replacement a couple of weeks ago. Usually, a person needs a knee replacement when they are getting old, and their body is wearing out, but mine wasn’t because of age. Mine was due to a major athletic accident thirty years ago.

When I got my tonsils out at forty-five years old, the doctor told me it would be hard for me because I was so old. It was interesting to have the knee doctor tell me I would struggle with knee surgery because I was so young.

“Oh, you should come through the surgery with flying colors,” he said. “But the therapy is going to be much harder on you. Muscles and ligaments at your age won’t be as flexible and will mend faster, making therapy much harder than if you were older. You will have to work harder and endure more pain so you can get back your full range of motion and not walk with a limp the rest of your life. Do you feel up to it?”

I remembered back when I had first had my athletic accident. It was severe. I tore just about every ligament away from the bone all the way from my hip to my ankle. I had bolts, staples, and pins throughout most of my leg. Then, after the surgery, I had some complications from infections and anesthesia. I nearly had to have my leg amputated to save my life.

When I was finally stabilized, my dream of going to the Olympics was gone. Instead, the doctor informed me that it might be all I could do to be able to walk again.

He said, “It will depend upon you and how much you can endure in physical therapy.”

After almost eight weeks the cast came off, and I found my leg had almost no muscle at all. It had atrophied and locked into the slightly bent position of the cast. I can remember that, after scratching and scratching, I finally attempted my first step. I fell onto my crutches, dizzy with pain, and the doctor and the nurse kept me from tipping over.

I can well remember that first physical therapy session when my leg felt like a solid board and the different things the therapist was doing felt like he was trying to break that board. The pain was excruciating, and I doubted whether I could bear it.

After I had had about a half hour of this, a little six-year-old girl was carried in by her father and set on the therapy table next to me. She had horrible arthritis and was all curled up in a fetal position. Her father left the room, unable to watch his daughter struggle through the pain.

I watched as a therapist started working her arms and legs. The tears rolled down her face, and once in a while she would scream. But then she would always smile and tell them she could endure it, and asked them to continue.

At one point, everyone left the two of us alone to rest for a brief time, and I asked her how she learned to be so brave. She smiled through all of her pain as she answered, “I want to be a normal girl, so I come here twice each week. After they work with me, I can walk and use my arms for a few days. I do the therapy so I can be like everyone else.”

As the therapists came back and started working with the two of us, the little girl’s courage gave me courage, and I endured more than I ever thought possible. As we finished up, I watched the little girl walk from the therapy room holding her father’s hand. She stopped at the door, turned, smiled, and waved.

“Good luck,” she called to me. I smiled and waved back, and I knew I had found the courage I needed. I would walk again.

So, as the doctor asked me if I would be able to deal with the therapy for my knee replacement, I thought of the little girl, and I smiled. “Yes, I will be able to do it.”

I love your stories. Often I am left just laughing and laughing. Today, tears, but still a smile. Beautiful story of a child’s courage and that courage leading us.

Beautiful. Inspiring. Tears came unbidden, as did the smile. Thank you.