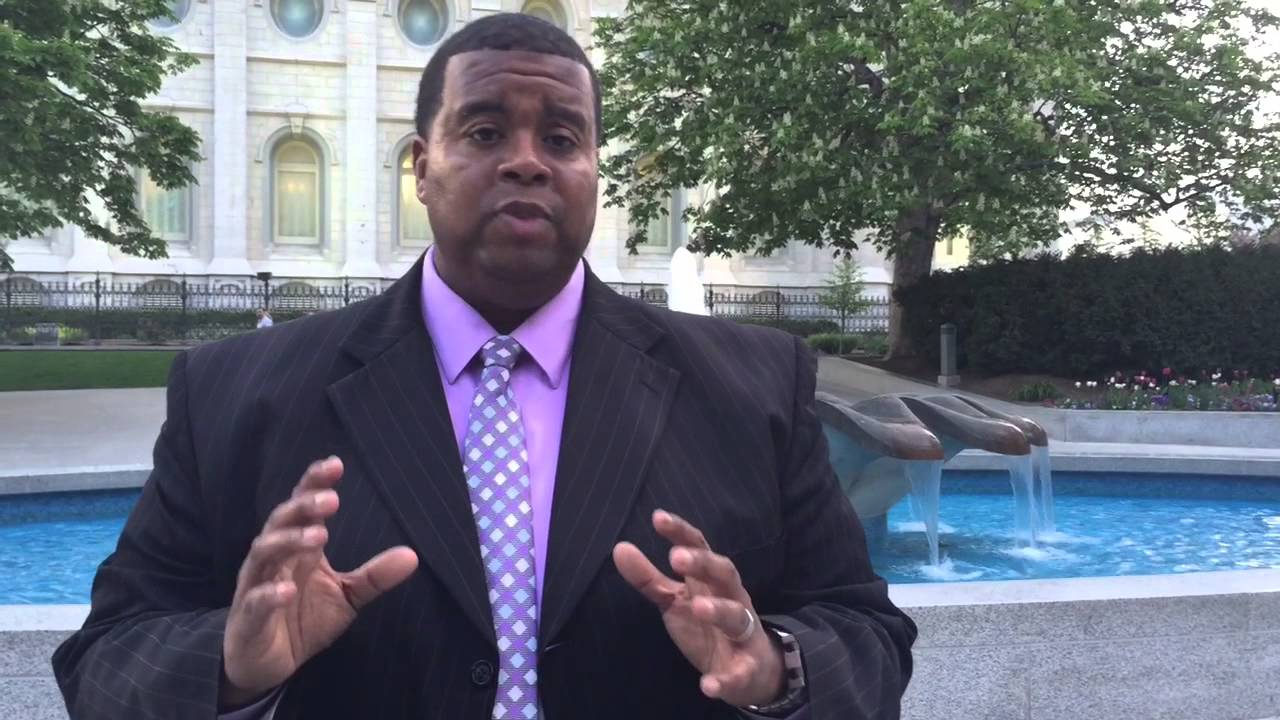 From Baptist Preacher to Mormon Teacher

Is Meridian worth 13 cents an issue?  If it is, please become a voluntary subscriber and donate today. We need your support.  Click here.

Firesides are an interesting Mormon anachronism and no more so than the one I helped stage Sunday night. While there was no fire and no hearth, there was plenty of Baptist preacher fire and lots of heart. Our guest was Wain Myers telling of his life’s journey and conversion to the restored Gospel of Christ in his “From Baptist Preacher to Mormon Teacher” discussion.

Wain grew up without a father at home and only a mother suffering from paranoid schizophrenia. When he was about 5 or 6, maybe a little older, his mother introduced him to the Bible and in reading it he had an overwhelming feeling that it was his calling to preach and teach the word of God. He became an active member of the local Baptist church.

When he joined the military he began preaching on the base in Germany, but was conflicted by the two sects of Pentecostals who had quite different thoughts on many subjects including whether one was baptized in the name of the Father, Son and Holy Spirit or just in Christ’s name. He made it a matter of prayer, found quiet places and poured out his heart to know, “which church was right.” In his delivery he paused, looked up at the congregation, smiled and said, “sound familiar?”

Speaking of his delivery, don’t think of a typical Sacrament Meeting talk which Wain describes in his first Sacrament Meeting attendance as akin to a funeral service for Jesus because he’d been to more lively funeral services. He also just shakes his head at the sedate music – “no drums, or guitars?” No, although Wain is Mormon Elder, he’s still a Baptist preacher at heart complete with plenty of tissues to wipe his perspiring face. He moves around the pulpit, here and there, up and down, dramatically raising his voice with no need for a microphone, down to a still small voice with dramatic pauses.

Of course he doesn’t read anything while preaching. Good grief, a preacher read? Sacrilege. He’s filled with the spirit, filled with knowledge of the Gospel and filled with the desire to make you think and feel simultaneously. Just watching the faces of the young and old who filled the chapel would tell you his delivery and his thoughts combined to capture their hearts, minds and spirits. Even the teenagers were compelled to give up texting and take in the joy of the Gospel.

After his heartfelt prayers came the answer which he didn’t want. The answer was not what he was expecting. So he prayed and prayed some more. The answer came again and told him “not to join any of them for they did not have the truth.” But he was to wait until he returned to the USA where he would be directed to the true church.

Then he had to tell the local pastors why he wouldn’t be preaching for them. He was confronted by not one but a number of ministers telling him for hours how he was deceived, wrong, and going to hell. “Sound familiar?”

Wain returned to the USA, was discharged appropriately from the Army, and found himself as a full time Baptist preacher for about five years. Being paid to preach began to change him and in a way Wain describes as destructive. Finally, he quit the ministry, and got a job driving a bus, purposefully on Sunday so his former congregants wouldn’t see and question him. But one day, a lovely lady boarded the bus with her two little children. As she brushed by him he felt her spirit join with his, telling him that she was his future wife. And oh how he had the attention of everyone in the chapel and pulled them up and down through that emotional and spiritual journey.

During a brief layover on that bus ride, he said he “listened to the spirit that told me to go talk to her.” He did and noticed a manual – Relief Society Manual. He wanted to know more and slowly she disclosed that she was a member of the Church of Jesus Christ of Latter Day Saints. He had mixed images of that, mostly that they just ran late night commercials on the family. When she clarified that they were known as Mormons, he hit the ceiling and declared, “There are NO black Mormons.” Sabrina let him know that there was at least one!

Long story short, Wain met the Elders. When they told him Joseph Smith’s first vision, he was overwhelmed by the spirit. He wanted to be baptized right then. They said there were five more lessons. He wanted them that night. He was on fire – in her home AND while he retold his story last night at the chapel.

When the Elders left, Sabrina announced to Wain, “we have to talk.” She told him to calm down and listen and know that until 1978 black men were not allowed to hold the priesthood. In his Fireside address he then told of his reaction, his lowest of lows, anger, hurt, confusion, blustering with the Elders on how they could have a church like that, and how he finally threw them out “of her house… can you imagine??”

He went on to tell us of his time alone and crying to the Lord for help. Dramatically Wain went through his prayerful journey of discovery; a discovery of what his Father in Heaven meant for him and the discovery that he already had the central answer. Wain knew Joseph Smith was a prophet. He knew he had been visited by the Father and Son. His answer let him know that “if you let this keep you from the gospel and His true church, then you don’t deserve it.” He had to put this subject away for now, having faith that some day he would understand.

He hasn’t looked back, but, in his own Wain Myers’ enthusiastic way, looks forward to the light of Gospel life.

Wain focused his thoughts on Desire, Choice and Breakthrough. Perhaps “focused” is not the right word because Wain is a ball of energy prone to quickly hit a topic he loves and run off discussing it only to cry “squirrel” and jump back to his main thread.

After living in Indiana, Ohio and Virginia, Wain, Sabrina and their seven children have relocated to Taylorsville, Utah. Isaiah served a mission and his teenage sons are looking forward to their mission. Wain’s book “From Baptist Preacher to Mormon Teacher” has recently been released on Amazon and is in Deseret Book and other bookstores. It’s worth a read. But if you get a chance to see Wain in person, he’s bigger and bolder live. He loves speaking at Firesides. Just email him at [email protected] and become his next best friend in the gospel.

I'm a convert to the LDS Church of nearly 50 years. I went to several protestant churches. In one I found a lack of substantial doctrine. I wondered what was wrong with me. Why didn't I understand more? From another I enjoyed a warm fellowship but was told it wouldn't be the same in other congregations of the same sect. I thought, if it is God's church shouldn't it be the same all over the world? From another I found that after being all fired up in meeting, I couldn't take that feeling home with me. All that hand-clapping, foot-stomping music was entertaining but left me cold after the meeting. Then the Elders knocked on my door. They taught me more in 6 discussions than I had learned all those years before. I wondered if I had studied my former faiths as much as I did the doctrine of the LDS Church, would I have found my answers in them? So I went back to my former church. The difference was quite apparent. That's when I decided to be baptized in the Church of Jesus Christ of Latter-Day Saints. I'm so blessed to be a member.

Good for you Wain! Preach it my brother!