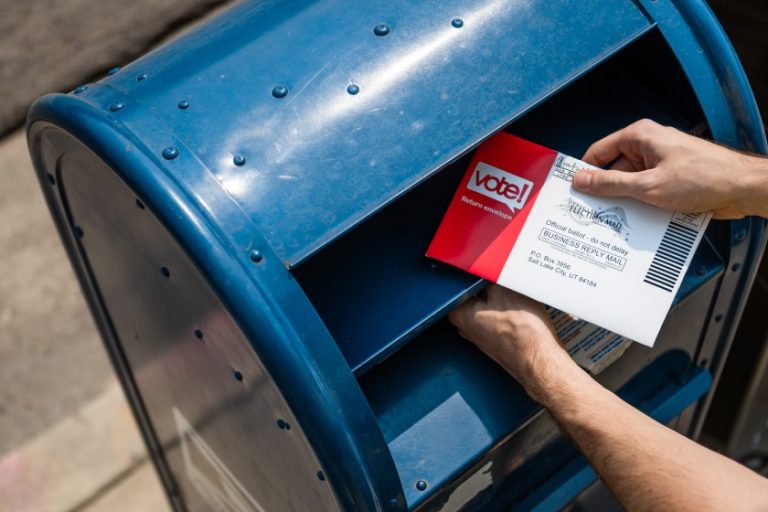 As the 2020 U.S. elections approach and the pandemic persists, many states are considering a mandatory vote-by-mail system as a safe alternative to in-person voting. But policymakers are fiercely divided: Will vote-by-mail favor the Democrats, mobilizing left-leaning voters who ordinarily avoid or miss the polls?

According to a new BYU study, probably not.

Published in the journal Science Advances, the research looked at voting patterns in areas that have historically implemented vote-by-mail for federal elections. The study found that while vote-by-mail did increase overall voter turnout by about 2 to 3 percentage points, it did not change the outcome of races.

“We were surprised at how consistent our results were,” said BYU political science professor Michael Barber, a co-author of the paper.

The study is one of the first to use nationwide data to determine how vote-by-mail shapes elections, making it an important contribution to the current debates about the system’s merits.

Barber and his collaborator, John B. Holbein of the University of Virginia, examined records from the past three decades in counties using mandatory vote-by-mail in Colorado, Oregon, Utah, Washington, Nebraska and California, focusing on elections immediately before and after the system was implemented.

To ensure a fine-grained analysis, the research included evaluating over 40 million individual voting records from Utah (traditionally a Republican state) and Washington (traditionally a Democratic state), both of which use statewide vote-by-mail. They also looked for possible effects in a range of races, including those for the U.S. House and Senate, governorships and the U.S. presidency.

It’s unsurprising that vote-by-mail slightly increased overall turnout, Barber explained, because of the conveniences it affords. With vote-by-mail, voters have days or weeks to complete a ballot, giving them plenty of time to research candidates and make a decision. Voters can also avoid the hassles of getting time off work, traveling to polling locations and waiting in line.

But the widespread public perception that vote-by-mail gives an edge to Democrats is “puzzling” to Barber, who said there’s no evidence to support the notion.

“There are beliefs—I think incorrect beliefs—that voters who favor the Democratic Party tend to be less motivated to turn out to vote, so if you make it easier to vote you’ll get more of that group. It turns out not to be the case.”

Barber noted that the research should calm fears about the unusual conditions surrounding the upcoming elections.

“We have elections in all sorts of really crazy circumstances—we even had presidential elections in the middle of the Civil War. Vote-by-mail is one way we can have a fair and secure election in 2020 without putting voters at significant health risks. I would hope that people see this as a public policy that could really benefit our country right now.”

I cannot believe you see no problem with mail in voting. Requesting an absentee ballot is not the same as ballots mailed out to everyone. I have lived in 4 states. Do I get to vote 4 times? Only cheaters want ballots mailed to everyone.

You are so wrong. Please read the following article, written by a person who has actually done voter fraud for years. Copy and past this link into your address bar: https://nypost.com/2020/08/29/political-insider-explains-voter-fraud-with-mail-in-ballots/?utm_source=email_sitebuttons&utm_medium=site%20buttons&utm_campaign=site%20buttons