Faith and Fear in the Midst of Snitching: A Firsthand Account | Meridian Magazine 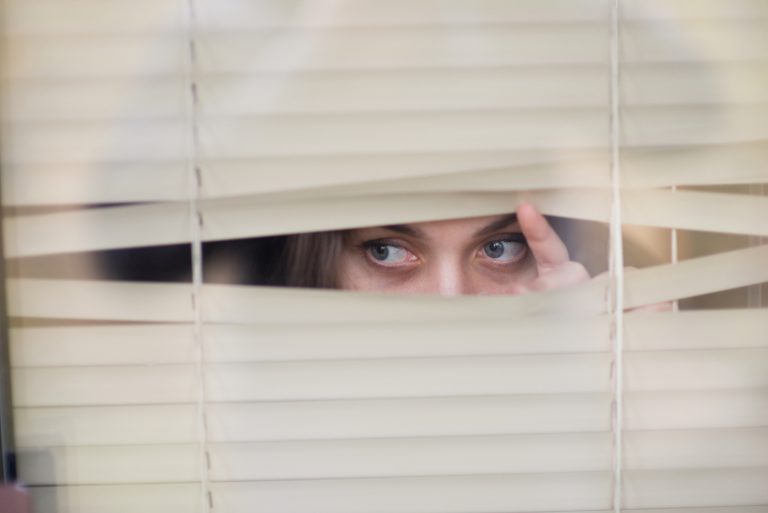 Faith and Fear in the Midst of Snitching: A Firsthand Account

While the tragedy of the Coronavirus pandemic has brought out many examples of good as people pull together, sacrifice to help each other, and show courage in many ways, there have been many troubling developments as well.

One of the unfortunate developments is the encouragement from some government for neighbors to snitch on each other. There are neighbors in some cities who are acting like spies, taking notes on the activities of their neighbor and looking for evidence that people may be violating the oppressive regulations against “non-essential” travel or violating draconian social distancing/forced isolation regulations.

When simple activities explicitly protected by the Bill of Rights (e.g., the freedom to assemble, freedom of religion) become criminalized and normal social relationships are soured with distrust, spying, and eagerness to report others to an overly powerful government, something very ugly has happened.

With that thought in mind, I’d like to share the recent experience of a friend of mine who lived in fear of his neighbors for a while in a city where snitching related to the Coronavirus was a serious threat. I share it both as a warning of what we may face in our society, but also as an example of a parent in a fearful situation finding guidance and strength through prayer to be able to cope.

The account below, used with permission, was written for a broad group of his friends, many of whom are not fellow members of his faith. What he did not explain is that the fervent prayer he describes was actually a priesthood blessing he gave his daughter as they were on the eve of a necessary move that could result in either returning home safely or possibly facing a nightmare. To protect my friend’s privacy, I have edited out a couple of statements that would could have made it easier to track him down, just in case.

I will also add that my experience in Shanghai was often blessed by kindness from our neighbors. One of them, our landlord for the past couple of years, has been one of the most friendly and loving people we know. She took my wife to dinner recently at a marvelous restaurant and is always bringing us food and doing other kind things. We’ve had such friendly and kind neighbors. I’m sorry that my friend went through quite a different experience in another part of China, but what he faced and overcame may have valuable lessons for some of you.

Here is the account of a father in China caring for a daughter with the flu, not COVID-19:

From my vantage point in China, it looks as though things are careening out of control overseas, as the crisis that we in China have been living with for months is now hitting home in the West. My daughter and I were in a remote area of southwestern China, on vacation, when the panic hit here. When the news of the Wuhan lockdown reached [the large city where we were], people vanished from the streets, and everyone began watching each other, eager to report any friend or neighbor showing symptoms of any illness, or anyone suspected of having come from Hubei Province, where the epidemic was raging. Pharmacies were watching for customers purchasing medicine, and police and neighborhood watchmen were vigilant. Anyone sick with anything was being detained and quarantined, no one knew where, along with family members. All public places were shut down, so there was literally nowhere we could go.

And in the midst of this mass hysteria, my daughter came down with a bad case of the flu. No dry cough, no respiratory issues. Just a good old fashioned high fever, sore throat, and serious congestion. I realized that, if she were discovered, we might both be whisked away into some awful quarantine, or worse, she might be taken from me, and interned somewhere where she might come into contact with the real Corona virus. For several days, we stayed put in the house where we were staying, while I hoped and prayed for her fever to break, constantly monitoring her symptoms against what was then known of the Corona virus, to make sure it WAS the flu.

Day after day we waited. I was very careful to hide the piles of used tissues in non-see-through trash bags, so that no one snooping through trash bins would find the evidence, and to conceal the food that I was bringing back for her. Finally, on the day before the owner of the house (who was beginning to suspect we were harboring a sick person) told us we had to leave, we managed to get plane tickets to get as far as Chengdu, a city where [we had access to an apartment], where my church has representation, and where the U.S. government has a consulate — a place with a support network. But there was a problem: my daughter was still running a fever, and all the airports and transportation hubs were swarming with people checking temperatures.

At this point, in sheer desperation, we resorted to a final fervent prayer that my daughter would be healed overnight, so that we would be able to escape. And in a turn of events that can only be characterized as miraculous, she awoke the next morning fever-free and almost completely better! By the time we went to the airport that afternoon, she was back to her normal self, after more than a week of illness. But I did not breathe easily until we were past the checkpoints and on the plane.

We subsequently made it back to [our destination city in China], where we have been living in relative ease and safety, with adequate food and other supplies…. Even as I write these words, life is returning to normal here. It turns out that this disease is not like the flu, in that quarantines and other commonsense safety measures do seem to work. But for a few weeks, it certainly seemed as if the world as we had known it had come to an end.

Believe me when I say that I understand fear, because both my daughter and I experienced the absolutely sickening, overwhelming helplessness that comes of being in the midst of world-altering events, in a far-off land where no help is forthcoming. Yet we both got through it, with a little prayer and a stiff upper lip. As your countries plunge into what we’ve already been through, know that it won’t last forever. China had to power down for a while, but now it’s powering back on; and the rest of the world will, too. To paraphrase Vera Lynn, who sang reassurances in a far darker time than this, the lights will go on again, all over the world. You will have your sporting events, your rallies, your schools and universities, your churches, your travel, your vacations, your parties, and all the other social activities that make our lives worthwhile. This thing will not last. Some of you may fall ill, but you will heal. Markets will fall, but they will recover. Fear may trouble your hearts, but it can be replaced with hope and optimism. Stay strong, use common sense, and use resources like social media to strengthen each other. That’s what we’ve done here, and what you can do there!

May we all be spared from snitch-rich environments. Here’s wishing for a return to a more normal and healthy society. But whatever our environment, we can seek divine guidance on how to cope and how to live. Keep growing in faith and prayer!

Help rather than snitch; a better option.