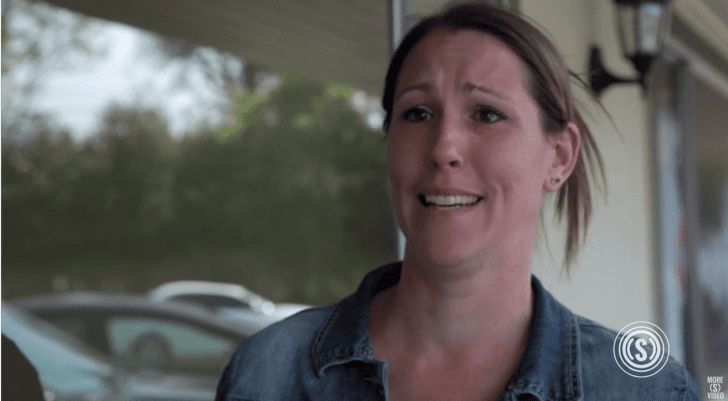 This interview and article is from The Daily Signal.

“An Oregon administrative law judge recommended today that the bakers who refused to bake a cake for a same-sex wedding should be fined $135,000.

“'[T]he forum concludes that $75,000 and $60,000, are appropriate awards to compensate [the same-sex couple] for the emotional suffering they experienced,” wrote Alan McCullough, administrative law judge for Oregon’s Bureau of Labor and Industries in his proposed order.

“Aaron and Melissa Klein, owners of Sweet Cakes by Melissa located in Gresham, Ore., say the fine is enough to potentially bankrupt their family of seven.

“The dispute began in January 2013, when Aaron denied Rachel Cryer a wedding cake after learning there would be two brides in her wedding.”

They have no objections to serving those with same-sex attraction, but as Christians don’t feel like they can celebrate a same-sex wedding.

In this video Melissa weeps about having lost the business she worked so hard to build and hoped to pass on to their family.

State Says Bakers Should Pay $135,000 for Refusing to Bake Cake for Same-Sex Wedding

Why do people think that life is going to be fair? It never has been nor will it ever be. Lawyers and politicians and other evil individuals have connived to destroy the constitution and the very laws that made this country great. Ever read 2nd Timothy? It says that in the last days wrong will be thought of as right and right will be thought of as wrong; good will be evil and evil will be acceptable. It is lamentable what happened to this family, and I am sure that God is aware of it and is watching over them. But to expect redress from a system controlled by the adversary is ludicrous. Until the 86% start to stand up for truth and justice there will never be a change and things will only get worse. We need to stop kowtowing to the 14% who admit to their atheism and get back to the basic tenets that the founding fathers put in the constitution and the bill of rights and return to the worship of Heavenly Father and Jesus Christ, not Satan. After all, don't we believe that that document was inspired? Get off your backsides people and do something other than dream of your mansions on high and tsk tsking the evil one.

The fine was indeed levied against them. We do believe in obeying the law but we also know that in these last days the voice of the people can choose iniquity (Mosiah 29:27) I just now made a small donation to Samaratins Purse in their behalf and hope that a few thousand more will do the same so that this ridiculous and unrighteous fine can be paid. Satan is indeed roaring and laughing at how blindly people are buying into wrong thinking and the misuse of our agency.