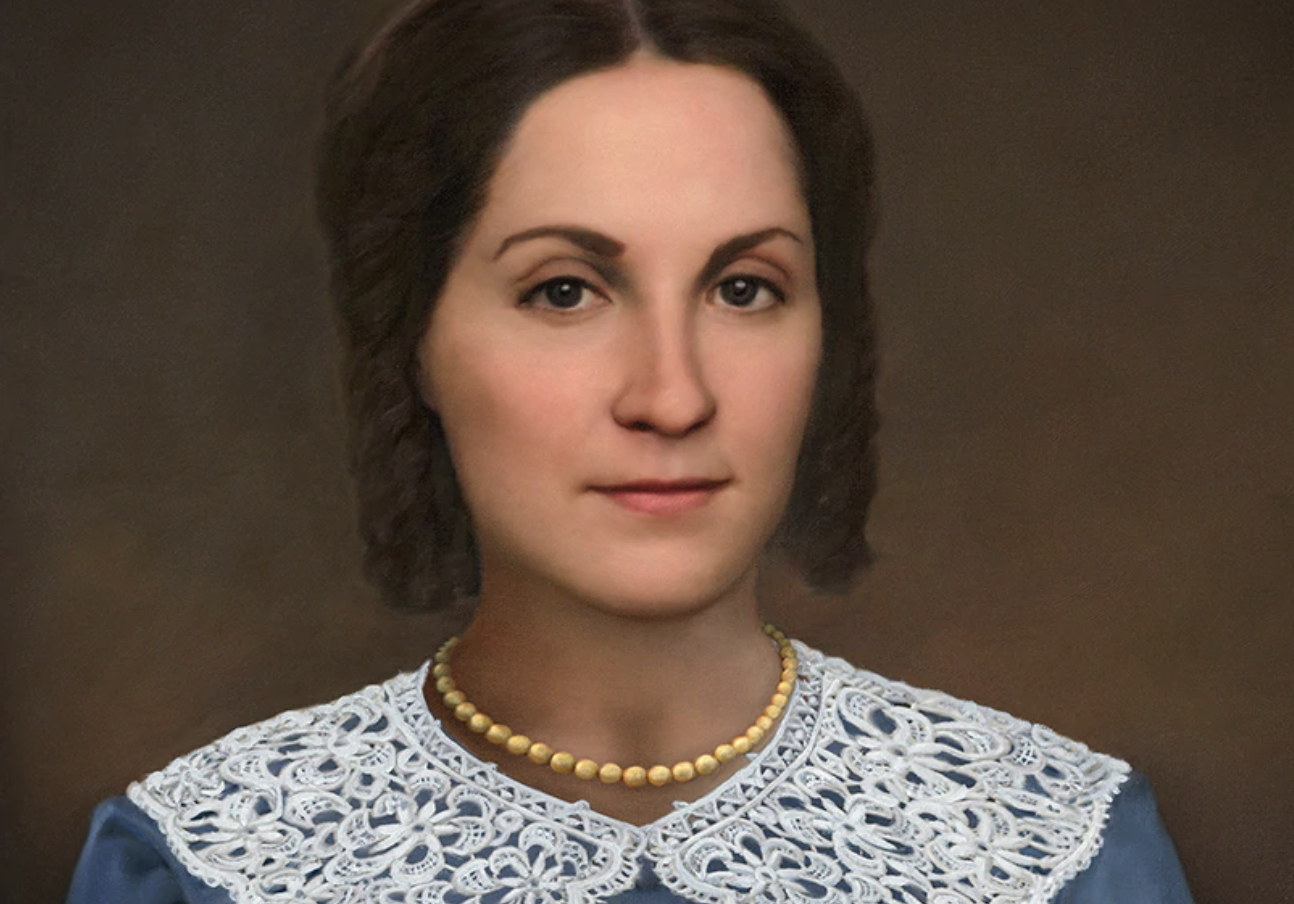 When the Saints began to gather, they brought beans baked with molasses from New England, and corn bread from the South. English Saints with their custards had not seen either.  Streams of well meaning, interested people called upon the Prophet day and night, both in Kirtland and Nauvoo. Emma kept a good table for Joseph’s guests. In Nauvoo, the many that crowded into the Smith home near dinner were finally officially informed by the Church newspaper to stay away at supper because the Prophet’s family could not be expected to feed the entire city.

But even so, it was rare that Joseph ate at home without an invited friend. On one occasion, William W. Phelps suggested Joseph acquire a smaller table as Boneparte had done when faced with the same problem.  Emma quickly replied, “Mr. Smith is a bigger man than Boneparte; he can never eat without his friends.”

Emma was up at 4 o’clock in the summer, the break of day. She trudged to the barn to milk before breakfast. She had a cookie jar she kept filled for the children. Her cookies were a little sweeter than biscuits, but not so rich as regular cookies or doughnuts. Her doughnuts were always the twisted kind.

Her grandchildren remembered, “everything grew for her: potatoes, onions, turnips, cabbage. She put bunches of grapes, sealed with wax right off the vine, to hang in her cellar and had grapes nearly all winter.”  She herself remarked,  “I never wanted Joseph to go into the garden to work for if he did it would not be fifteen minutes before there would be three or four, or perhaps a dozen men round him and they would tramp the ground faster than he could hoe it up.”

Emma ran the Mansion House hotel. During a political campaign several office seekers came to the Mansion House for dinner. Emma made fritters which were served at the meal with syrup or honey. Delighted, the hopeful politicians asked, “What do you call these things?” Said Emma, “It all depends. A year like this we call them Candidates, all puffed up and air in them.”

Yet, Joseph, Emma, and the Saints were often without, driven hunted, harassed, hungry little ones clinging to their skirts, bereft of shelter and begging for bread.  “We could live as well as anyone,” “Emma once wept, “if only the persecution would cease.”

On more than one occasion, after Joseph had looked over a scanty dinner he prayed, “Lord, we thank Thee for this Johnny cake, and ask Thee to send us something better. Amen.” Before the bread was all eaten, someone had come to the door asking if the Prophet Joseph was at home. Joseph replied he was, whereupon the visitor said, “I have brought you some flour and a ham.” Joseph arose and took the gift, and blessed the man in the name of the Lord. Turning to his wife, Emma, he said, “I knew the Lord would answer my prayer.”

Today, Emma’s descendants still enjoy some of her recipes. Two are shared here:

Reflections of Emma by Buddy Youngreen

The Emma Smith We Know by Darcy Kennedy and Angelina Washburn

To Arthur Cornett, to "fold" the whipped eggs "until fluffy" means to stir or mix them into the batter slowly or gently.

Excuse my ignorance, I don’t mean to “fritter” away anyone’s time. In step 4 of the 2nd recipe, what does it mean to “fold” the egg whites into the batter?