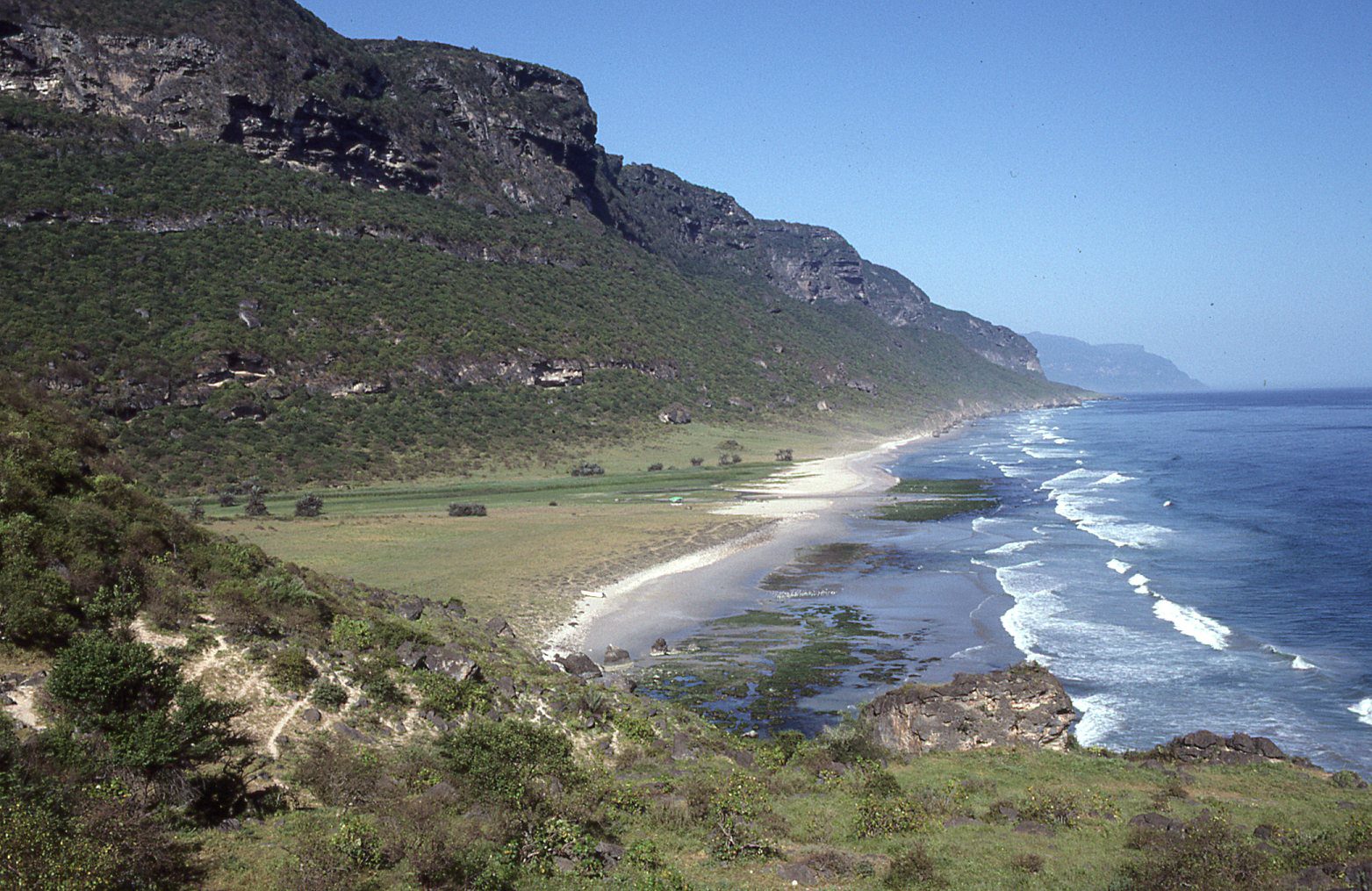 DVD Lehi In Arabia: The Search For Nephi’s Bountiful

The newly released documentary Lehi In Arabia: The Search For Nephi’s Bountiful covers the entire Old World journey of Lehi and Sariah and their family. This feature-length documentary includes new discoveries, the latest research, and a discussion of the “first archaeological evidence of the Book of Mormon.” It features original music and is narrated by Scot Facer Proctor of Meridian Magazine.

Below is a series of questions with the writer/director of the film, Chad Aston.

Q: What inspired you to make this film?

A: In 1993 I was fortunate enough to be only 15 when I first set foot in Khor Kharfot, Oman, which is the leading candidate for Nephi’s Bountiful. Unfortunately, as a typical teenager, I had no real appreciation for the valley’s potential significance to the Book of Mormon story, and I certainly didn’t understand the importance of the work my father was hoping to complete there. In fact, my most vivid memories are begrudgingly collecting water each morning, a snoring team member keeping me awake, and my father’s obsession with drinking freshly squeezed warm camel’s milk. I knew the Book of Mormon stories, but didn’t connect the dots.

Warren Aston with a newly uncovered stone alter in the tribal area of Nahom, Yemen.

It wasn’t until five years later, when I was on my mission, that my eyes were opened. As a missionary I spent every spare cent I had ordering literature from FARMS to supplement my gospel study, and to better answer the questions I got from members and investigators. I also finally read my father’s book In The Footsteps Of Lehi. I was completely blown away that such interesting archaeological research and scholarship existed—and I have been filled with a desire ever since to try and spread this information, information that enhances and enlightens our gospel study, with as many people as I can.

This DVD has been 25 years in the making and I’m excited to give viewers all of the current research and take them on a unique journey.

Q: You filmed a lot of this documentary on location. Can you tell us about that?

A: Yes, a lot of blood and sweat went into this film. Literally. I still have some scars to prove it. I’ve been to Oman, in the Middle East, five times now. Three of these occasions were on expeditions with archaeologists, botanists, and geologists to complete filming. I shot primarily in Israel and Oman with some limited time in Jordan, since it was as close to the border of Saudi Arabia that I was able to get. It was important to me to show footage of the actual locations wherever possible.

2009 Khor Kharfot Expedition Team – Chad Aston is second from the left with his father Warren.

Because this project was self-funded we often had to improvise. On one of the expeditions we were unable to get into a key site for filming due to rough seas. Unwilling to quit, we cut back our food and equipment and hiked down through the mountains on a track that the locals had assured us would take only an hour or so. Twenty hours later, after spending a sleepless night in a valley with leopards and wolves, we reached our destination, dehydrated and exhausted. We did it so the viewers don’t have to. That said, I wouldn’t change the experience for anything.

Today, technology makes it possible not just to read about the places in the Book of Mormon, but to see them—which is such a difference. I wanted to make a film that would take people on the same journey that Lehi took 2600 years ago, to give them a way to visualize the places they’ve always read about, but may never be able to get to.

Q: Why did you choose to solely focus on the Middle Eastern portion of the Book of Mormon?

A: I think there are two main reasons. First, the beginning 18 chapters of the Book of Mormon contain some of our favourite and best known stories: Nephi obtaining the brass plates, the beheading of Laban, the building of the ship, Lehi shocking his rebellious brothers—all of these are staple stories in LDS households. Understanding and seeing the geographical and cultural context can change the way we read them in a very positive way.

On of the animated maps displaying Lehi’s trail from Jerusalem.

The second reason is because of the strength of the evidence that exists to support the Old World Book of Mormon events. The only two locations in the Book of Mormon that are certain are Jerusalem and the Red Sea, both in the Middle East. This has provided a precise starting point for Book of Mormon researchers. Now, after decades of exploration, Lehi’s journey through Arabia, and the detail provided in the Book of Mormon, has been shown to be completely plausible, which is as high as science can ever establish. This really excites me. Just 10 years ago I could not have said this.

Q: Isn’t there a lot of information out there about this already? What do you hope viewers get out of this documentary?

A: The video aims to be a complete one-stop-shop for the audience. From stunning, on-location visuals to help viewers “see” the locations, to commentary and scholarly insights provided by authorities on botany, archaeology, cultural history and geology, I hope it will get people excited enough to read and study the Book of Mormon in a new light and that viewers will be confident enough to share their new knowledge with others.

The documentary consists of two parts. The first is a visual journey covering the entire journey of Lehi and his family from Jerusalem to Bountiful. It narrates the most current research and interesting facts about each stage of the journey, including the escape from Jerusalem, the Valley of Lemuel, Shazer, Nahom and Bountiful. This makes it perfect as a lesson resource for Sunday School or family home evening.

The second part examines the 30-year story of the search for Nephi’s Bountiful. It compares the 12 scriptural criteria from the Book of Mormon with the different potential candidates for Bountiful along the Arabian coastline, and it chronicles four expeditions to the best candidate. With archival footage, on-location interviews with experts, and never-before-released information, any audience will find this a fascinating glimpse into Nephi’s Bountiful and the tireless independent research still going on in the field of Book of Mormon study.

Q: What did you discover whilst making the film?

Honestly, there was so much, but I don’t want to give too much away. Some of the most fascinating discoveries came when no one was even looking. This seemed to be the case every time we visited Ali Al-Shari, a cultural historian in Oman. On one instance he revealed what “Kharfot” means in the ancient Mahri language. I won’t give the answer away now, but let’s just say that Bountiful may not have been the only time a unique valley on the Arabian coastline was named for its abundant fruit.

On another occasion Ali discussed his research into an ancient, still undeciphered, script located in both Colorado, of all places, and Oman. The correlations between the two are remarkable and the implications for additional pre-Columbus transoceanic crossings are incredibly fascinating.

To learn more or to purchase a copy of the DVD Lehi In Arabia: The Search For Nephi’s Bountiful go to: www.lehiinarabia.com

Rich -- yes -- George Potter has done some very valuable research on the Book of Mormon and is responsible (with Richard Wellington) for finding the most probable location for the Valley of Lemuel. (And -- like you -- I am familiar with all of the films George's Nephi Project has released as I have multiple -- well used -- copies of each as well as many copies of his book, Lehi in the Wilderness, which I have shared over the years with others.) Regardless, the information in this video is amazing, and adds to all that George has done in the past. Having been to Oman and Israel with Warren Aston and the Proctors in 2008 and then, again, to Oman, with an exploratory expedition, led by Warren and his son, Chad, in 2011, I have a first hand understanding of much of the information covered in this video. George and Warren and all other researchers who have studied the Book of Mormon in the past, while trying to place the happenings in First Nephi, particularly, in a physical location, have done an invaluable service for the rest of us. We can thank them both for that service, view their films and books, and then filter their views through our own spiritual lenses. I have done that, and I know for myself, spiritually, where Bountiful is. Hopefully, others, who are able to physically visit Israel and Oman will have that same wonderful, spiritual experience. However, for those unable to do that, this beautiful, professional quality, video will help them better appreciate what Lehi and his family went through during their Old World journey to Bountiful, just as George's videos have done for me in the past.

Fascinating watch.This film shows research and evidence I've never heard about before. Why is this only being released now?