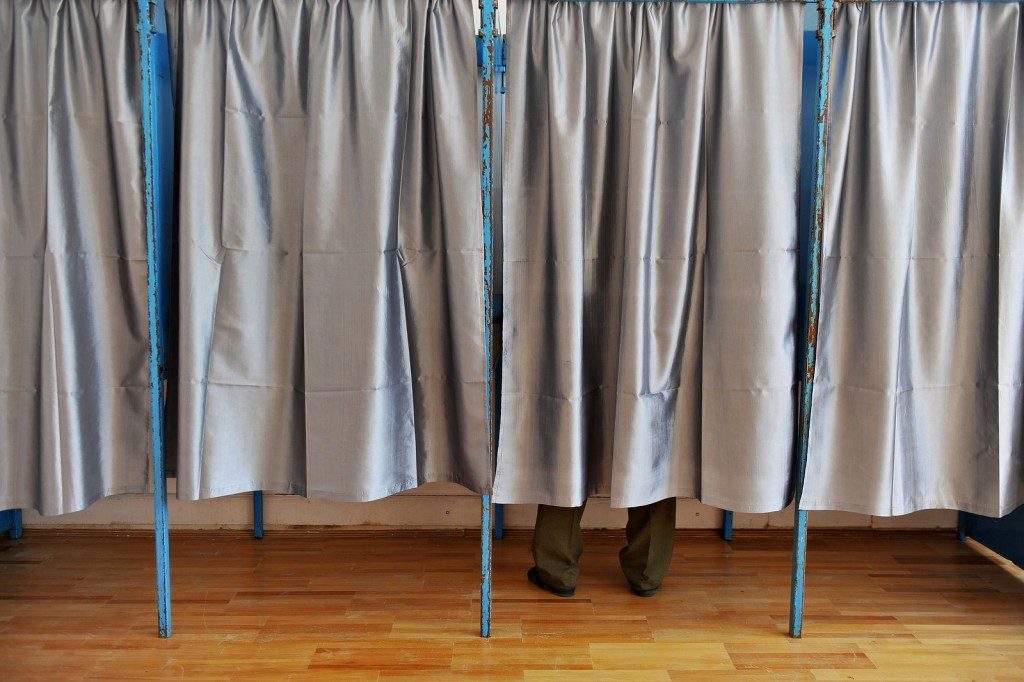 Does Your Vote Really Matter?

Growing up I saw an interesting example in my home. Every election, my dad would put on his overcoat and fedora, and announce, “Well, I’m going out to cancel your mother’s vote.” She would roll her eyes, stick to her guns, and that was that.

And while I knew they belonged to different political persuasions, I also saw the power of one vote, if only in canceling out someone else’s. As I grew older, I made a personal pledge never to miss the chance to exercise that privilege, sometimes thrilled about a certain candidate, sometimes choosing the lesser of two evils. But I always felt it mattered.

I’m aware that Meridian Magazine is read around the world, but as the next U.S. Presidential Election approaches, I want to talk about voter apathy.

We trail the developed world in voter turnout. Roughly half of us fail to vote. And in midterm elections it’s even worse—maybe a third show up at the voting booths in our very biggest states. (LDS stats are better than society’s at large.) We all know the reasons for this: people think one measly vote doesn’t matter, they don’t like any of the candidates (or can’t see a clear cut distinction), they think nothing will change anyway, and many people simply don’t care.

“They’re all corrupt. Or they become corrupt,” one friend said, as his excuse for not voting.

I’ve urged non-voters to turn their disappointment into action. “Get mad,” I’ve said. “If you don’t like one candidate, then go out and vote for their opponent.”

Above all, realize that you are building the political career of someone who can one day appoint state or national judges. The ability to appoint judges is often overlooked, especially by people who say, “Well, I just pick the one I like best,” unaware that this seemingly nice-enough person will be impacting judicial decisions, and filling the bench with like-thinkers who may not share your politics at all.

The ability to vote was fought for—and died for—and should be cherished, regardless of your party affiliation. Though the LDS Church maintains neutrality when it comes to parties and candidates, it has always urged members to vote. Eight years ago the First Presidency issued this statement: “As citizens we have the privilege and duty of electing office holders and influencing public policy… seek out and then uphold leaders who will act with integrity and are wise, good, and honest…. we urge you to register to vote, to study the issues and candidates carefully and prayerfully, and then to vote for and actively support those you believe will most nearly carry out your ideas of good government.”

Remember what happened in the Book of Mormon, when Amlici tried to become king? (Alma 2:4-6) What if the righteous Nephites had chosen not to vote him down? What if they’d thought, “Oh, what’s the use,” or “I’m just one little vote”? And they didn’t even have the ease of absentee voting! This makes voting so simple, and allows many who travel or are housebound, not to miss a single election. It needs to be used by those on missions or in the military, as well– why give up this “sacred responsibility” ? (1) If you have family members in any of these situations, I urge you to help them make their voices heard.

As times become more perilous, as the world around us seems to be shrinking further from God and his teachings, we cannot afford to take voting lightly. Doctrine and Covenants 98:10 says, “Wherefore, honest men and wise men should be sought for diligently, and good men and wise men ye should observe to uphold; otherwise whatsoever is less than these cometh of evil.”

The irony for those who choose not to vote, is that they are actually voting. Just as refusing to decide is actually making a decision, this apparent inaction creates a huge action. It prevents your voice from being heard, it allows wickedness to prevail, it slaps the faces of the veterans and suffragettes who fought for this right, and it leaves the nation without guidance, like a rider-less raft swirling downriver towards the waterfall.

No matter whom you choose for your next President, choose someone. Then cast your vote and be part of the election process. It might make all the difference in the world.