Does Your Success in Life Depend on This One Trait? | Meridian Magazine 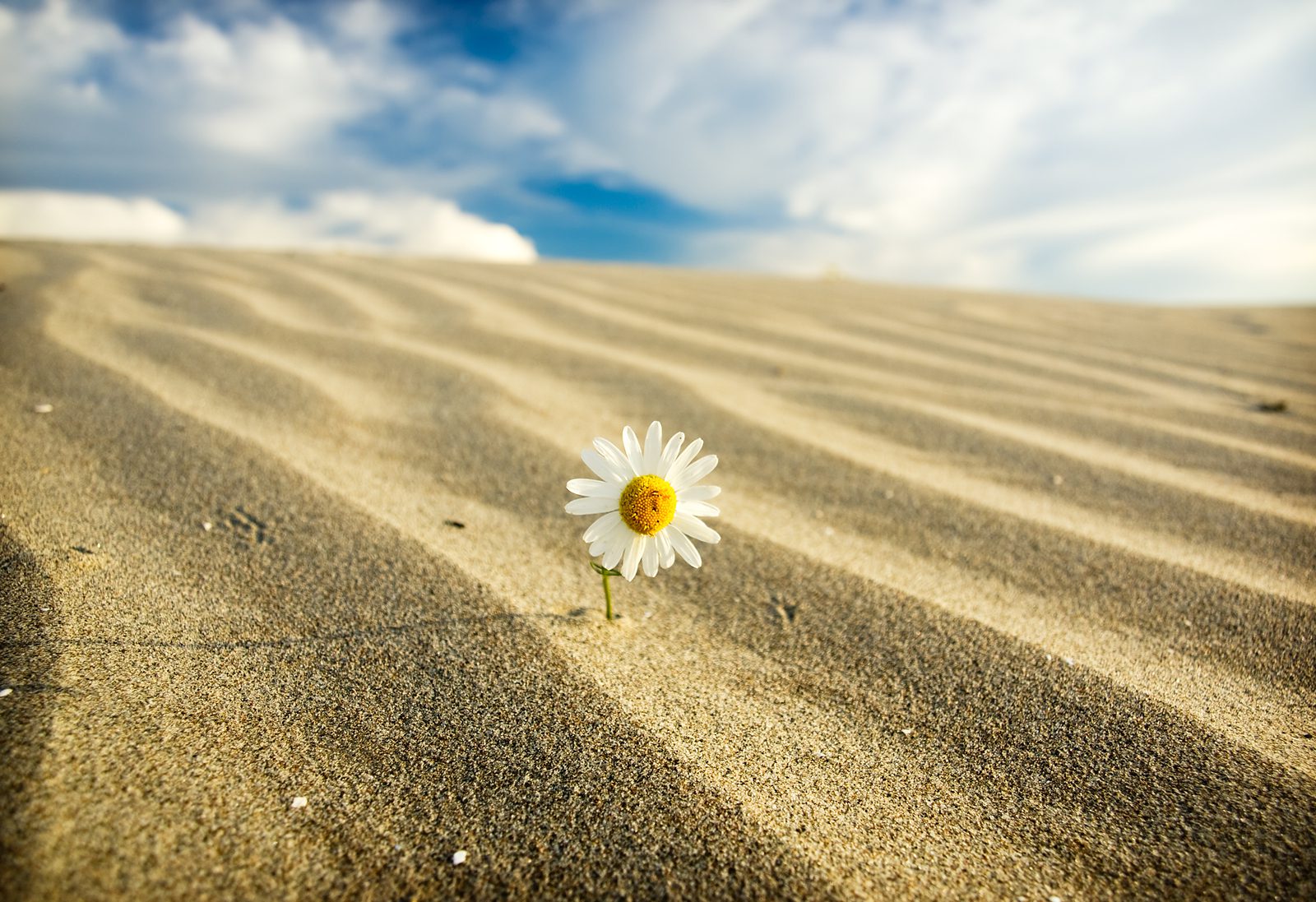 Does Your Success in Life Depend on This One Trait?

We once had a neighbor who owned a cattle ranch and invited my husband, Bob, to come help with a roundup. “Can you ride?” the neighbor asked.

And my husband, blinded by the excitement of being a non-smoking Marlboro man in boots and a cowboy hat, said yes. Several hours into the steep maneuvering, Bob was forced to admit he had stretched the truth a bit, and had no idea how to herd cattle.

But some of those in the group were so expert Bob could only stare in wonder. These were the cattle dogs. Bob watched as those dogs steered the cattle along, drove them out of the brush, and even forced them across rivers. At one point a steer stopped in the water and a dog jumped up, latched onto his nose, and wouldn’t let go even after the steer lowered his head to bury him in the water repeatedly, trying to get the dog to loosen his grip. Finally the bull complied and crossed the stream, at which point the dog finally let him go.

This is where the word “dogged” comes from, to describe the invincible tenacity a dog can exhibit, the absolute refusal to accept defeat. Though it once meant bullheaded stubbornness, more commonly it’s a compliment today. It means persistence even in the face of adversity. To be dogged is to be determined and resolute in our commitments. It means an absolute refusal to accept defeat.

Most of us have grown up in a world where giving up is pretty standard. When our pens run out of ink, how many of us buy refills? Most of us just throw the pen away. This is a tiny example, but a microcosm of the throwaway world we now live in. Sixty years ago people refilled their pens. They recycled their milk bottles. They mended socks. They glued broken things back together.

They also knew how to delay gratification. They saved up for things they wanted to buy, instead of having to own it immediately, on credit. Women put dresses on “lay away,” and kids filled shoeboxes with savings for that cherished bicycle. They set a goal and then worked “doggedly” toward it.

When Bob worked with the youth in our ward, he taught them how to accomplish a task, whether of their own design or assigned by a teacher or a boss. He told them they could say, “I’ll try,” or “I’ll try my best,” but these risk failure. The best answer is, “I will let nothing stand in the way of my success.”

Take this extreme sport of determination into the mission field, and imagine what could happen. Instead of the heavily qualified “I’ll try,” leaving you plenty of room for excuses, you have “I will” and the entire game changes.

President Heber J. Grant was the model of dogged determination, using persistence to teach himself to throw a baseball, have beautiful penmanship, and even sing, through hours and hours of refusing to quit.

Imagine taking this attitude into marriage. Last time I wrote about trying harder in our relationships I heard from many whose matches were doomed due to mental and emotional illness or abuse. So let me just say that of course there are many cases where divorce is the only healthy option. BUT… think how many split-ups are jumped into too hastily, when both (healthy) parties could try harder and determine to make it work? If both spouses are dogged in their determination to please the other one, to set aside selfishness, to look for the good, to center their lives on Christ, how many marriages might be saved?

Think of your approach to your calling. Do you strive mightily for success and refuse to settle for less? Do you home teach or visit teach this way? Are you determined to show that you are a sincere friend, not just someone checking a box?

I look at the things I’m good at, and I see doggedness. I look at the (many) areas where I am deficient and I see lack of effort on my part. Have I really tried desperately to learn all that my computer can do? No. Have I taken classes, searched online sites for answers, and been willing to upgrade even if it means learning new things? Hardly. My interest in electronics is more steadslow than steadfast. And, though I can do several things on my computer that even surprise my children, I know I’m behind the curve.

Author Malcolm Gladwell once said, “Success is a function of persistence and doggedness and the willingness to work hard for twenty-two minutes to make sense of something that most people would give up on after thirty seconds.” Guilty as charged, I give computer glitches about thirty seconds before I throw my hands in the air and quit. And perhaps electronic expertise is not crucial to our exaltation. But other things are, and we should be dogged about those, at least.

How about daily scripture study? Is that one worth total commitment, absolute refusal to accept less than 100 per cent success? I think it is. And it’s something every one of us can attain.

What about staying active in the church? Have you drawn that line in the sand and said you’ll be active all your life no matter what? Even if every person you know offends you, members make horrible mistakes, and Satan and his minions combine against you, have you determined that you will renew your baptismal covenants every week, period? I cannot allow the mortal failings of someone else to determine my future. For me this is a non-negotiable issue.

Probably the toughest area to maintain that doggedness is in having faith when things get tough. Life rains on the just and the unjust, but sometimes we long for fairness, we long for a break in the storm. And it just doesn’t come. These are the times when we need to be doggedly determined to believe there is a loving Father in Heaven who cares about the details of our lives, there is a loving Savior who suffered for all that we are going through, and there is a blessed dawn awaiting us in the Lord’s own time. We have to persevere, keep putting one foot ahead of the other, and truly endure life’s setbacks with faith in God. Sometimes just “keeping on” is raw, courageous tenacity.

If we look at those areas of our life where we simply must succeed, we can choose to be relentless in our pursuit of victory. We can find a way to pick ourselves up when we fall, and persevere to the end. Best of all, we can call upon our Heavenly Father to help us through our struggle, and know that He will. As Elder Jeffrey R. Holland once said, “No one has failed who keeps trying and praying.”

This article touched my soul. I have been inactive for over 20 years, because I just gave up instead going down the path that God has made for me. My goal now is to talk to the bishop of the ward nearest to my home. My wife, a devout Catholic, is no going to be happy, but I must do what is right for my everlasting soul. I pray God will have mercy on me and guide me back to the Church.

You lost me at the marital paragraph. It bothers me when mental illness is used as a divorce excuse and it seems that bulldog persistence doesn't seem to apply in that case, according to what you wrote. When one partner has a trial like that, doesn't the other help them through it and doggedly so? At what point is that *dogged marital work* enough and time to abandon them in divorce? Only "healthy" parties keep plugging at marriage? Abuse or mental illness are your two exceptions. Paired with abuse, mental illness seems pretty dark and severe and an excuse to give up and be okay with it. If we make those vows and covenants, aren't we bound to help the partner through the trial "doggedly" and more so than anything else as these unions are eternal? I quit seeing the only psychologist in my area as she "saw divorce as the way out when a partner was going through it" and kept counseling me to do so. Maybe use that dogged persistence to get you both to that eternal goal no matter how rocky the road becomes. That's what the atonement is for..healing. Covenants are serious and not just to "healthy" couples. Mental illness may make one person work much harder on the outside but the struggle on the inside may be the most dogged struggle of them all. Please don't easily write off mental illness as a side note and exception in your article for this persistence not to apply. You may be writing off a good portion of the population anymore and helping to give people an excuse to not work hard in that instance. I got your point and appreciated the article, otherwise 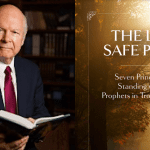 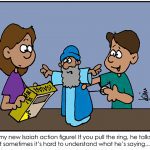 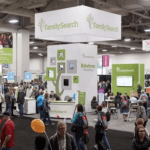 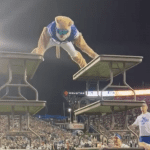 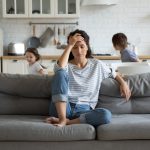