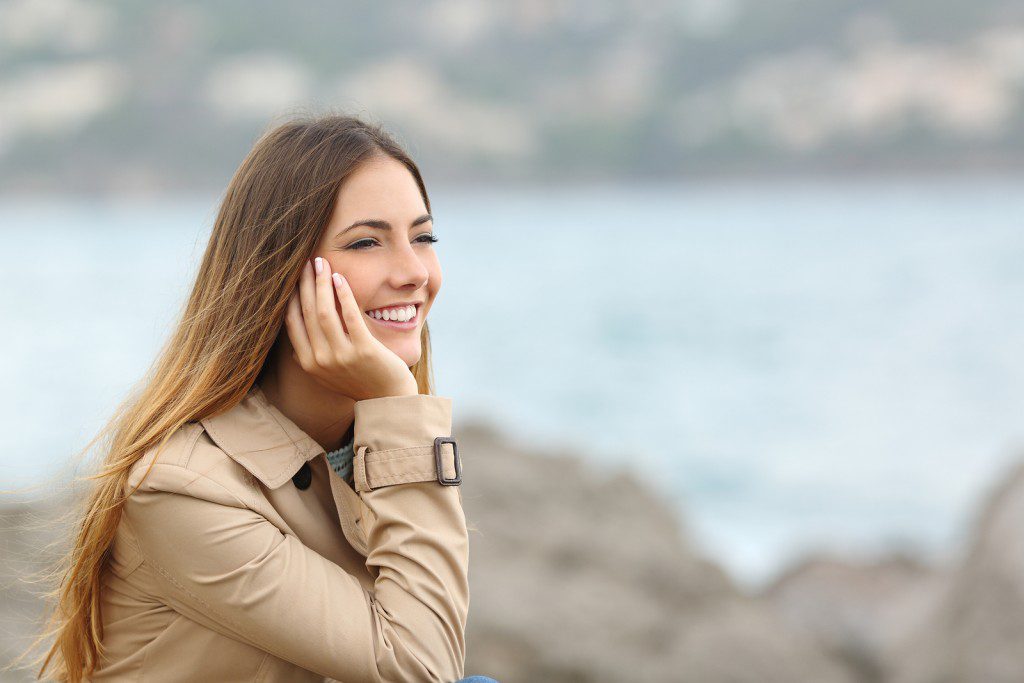 Discovering the Word of Wisdom: Don’t Look Back

One of the shortest scriptures is found in Luke 17:32, where the Savior cautions, “Remember Lot’s wife.” I love this counsel—it is so valuable when we make important changes in our lives! For the purpose of this article, I’d like to discuss how remembering Lot’s wife can help us in our determination to embrace a Word of Wisdom diet, without the temptation to “look back” at our former ways of eating.

Sodom and Gomorrah have become metaphors for evil and wrongdoing. I don’t think it is too severe a condemnation of the worst of the Western diet to call it the food of Sodom and Gomorrah. How else should we characterize a diet that leads to sickness, loss of energy and vitality, obesity, anxiety and depression, chronic disease, and even early death?

When the Lord concluded that Sodom and Gomorrah were irredeemable, He called Lot and his family to leave the city and its pleasures. He said:

Escape for thy life; look not behind thee, neither stay thou in all the plain; escape to the mountain, lest thou be consumed. (Genesis 19:17; emphasis added).

Despite the Lord’s instructions to not look back as they were leaving, Lot’s wife “looked back,” and she “became a pillar of salt” (Genesis 19:26). It was harsh punishment indeed, though no harsher than what the inhabitants of Sodom and Gomorrah were experiencing:

The Lord rained upon Sodom and upon Gomorrah brimstone and fire from the Lord out of heaven; And he overthrew those cities. (Genesis 19:24–25)

Elder Jeffrey R. Holland provides some useful insight into what it was that was so wrong about Lot’s wife looking back:

Apparently what was wrong with Lot’s wife was that she wasn’t just looking back; in her heart she wanted to go back. It would appear that even before they were past the city limits, she was already missing what Sodom and Gomorrah had offered her.[1]

The Pleasures of This World

What exactly had Sodom and Gomorrah offered Lot’s wife that she was so longing for? Lest we too readily condemn her, surely she was not an active participant in the carnal lusts and fornication for which those cities are so well known. But certainly the comfort of having a home, shops nearby, places of recreation, and plenty of food would have been pleasures enough to miss when one was fleeing into the wilderness!

But all the worldly pleasures in Sodom and Gomorrah were tainted by the fact that they were part of a culture awash is evil. In fact, Sodom and Gomorrah were so evil that despite the pleadings of Abraham, the Lord could not find even the 10 righteous people needed to spare their destruction. Can anyone passively live in an environment that supports this level of wickedness and claim no responsibility for what is happening in the larger community? Are we not all guilty if we partake of the seemingly innocent pleasures of the world when those same pleasures are interconnected to what is causing untold harm and misery to our fellow man? Lot’s wife longed for those things she left behind, apparently not putting enough weight into how those pleasures were part of what led to destruction.

What then of the “pleasures” of our current food culture? We are all so delighted that cheap, extraordinarily tasty food is so widely and conveniently available to us. But can we partake of these delights and turn a blind eye to the consequences of these pleasures without paying a price? After all, these same tasty convenient foods are causing chronic constipation in our children, embarrassing acne and weight gain in our youth, serious disease and even death to millions, and much more! Indeed, these seemingly “innocent” pleasures are causing misery not just to strangers but to beloved family, friends, colleagues, neighbors, and ward members. If we enjoy these unhealthy foods, what responsibility do we have for the harm they are causing ourselves and others?

The Word of Wisdom

The Lord blessed us with the Word of Wisdom to protect us against the “evils and designs which do and will exist in the hearts of conspiring men in the last days” (D&C 89:4). Might the very unhealthy foods that are so common and popular in the Western diet be products of the “evils and designs” of a modern Sodom and Gomorrah? Of course there are many good people in the food industry, so we should not condemn it as a whole. On the other hand, why the use of superb education, talents, and intelligence to create foods that are extremely unhealthy? The whole goal seems to be to persuade us to buy these foods in ever increasing quantities, even though doing so may be sabotaging our health.

Would not the Lord want us to flee from foods that are sabotaging our health just as Lot and his family fled from Sodom and Gomorrah?

Oh that it were easy to flee! But where could we possibly go to escape from these foods and not be surrounded by their siren calls? They are not just in our homes, they are in the homes of our friends and family members. They are at our work places, there on the front counter, in the snack rooms, and of course in the vending machines, calling our names. They are in every restaurant, and in every grocery store, even the “health food” ones! They are in our schools, our hospitals, and sadly, even in our places of worship!

Removing These Foods From Our Hearts

In Strategies for Going Cold Turkey, I discussed one of the key strategies to removing the food environment from our hearts. I wrote:

When we think of the foods we have left behind, let us not naively think of the innocent pleasures they gave us. Instead, let us always think of them for what they are: the cause of misery in the form of constipation, acne, indigestion, stomach upset, heart burn, heart disease, diabetes, obesity, body pain, weight gain, low self-esteem, crushing self-blame, miserable reduction of vitality and mobility, and loss of hope for doing the many things we can’t do because of ill health.

With an understanding of what the foods of Sodom and Gomorrah represent, will it not be easier to flee these cities? Not that it will be easy! In fact, as we head off into this WFPB adventure, we should not expect every moment to feel like a pleasure trip. Lot and his family did not leave their home and flee into the wilderness for a family vacation. Nor did Noah and his family board what must have been a crowded, noisy, smelly ark with the anticipation of an adventure cruise.

On the other hand, would it have been more pleasurable for Lot’s wife to have stayed in her comfortable home in Sodom and Gomorrah? Would it have been more pleasurable to not board Noah’s ark and enjoy the freedom of roaming about outside? No, death and utter destruction lay outside the safety of following the Lord’s counsel! If they had known, even the most wicked would have left the city, even the most wicked would have boarded the ark, no matter what inconveniences it entailed. Compared to the alternative, following the Lord’s counsel is always the easy path!

So why did Lot’s wife look back longingly toward Sodom and Gomorrah? Elder Holland suggests:

Her attachment to the past outweighed her confidence in the future. . . . she did not have faith. She doubted the Lord’s ability to give her something better than she already had. Apparently, she thought that nothing that lay ahead could possibly be as good as what she was leaving behind.[2]

Brothers and sisters, by adopting a WFPB Word of Wisdom diet, we are leaving behind foods that make us sick and embracing foods that give us health and joy. Let us have faith and confidence in our future as we embrace a wholesome diet. Let us not look back longingly at the so-called pleasurable foods we are leaving behind. Remember Lot’s wife! Those foods sport a bewitching innocent guise that masks the fact that they pave the path to destruction. Leaving those foods behind and embracing the wholesome foods the Lord created for us is the path to safety and peace.

How to Flee From the Foods of Sodom and Gomorrah

Let us remember Lot’s wife, and as we flee from the foods of destruction, not look back! Instead, let us look up with trust in God and look forward in faith. Our time in the wilderness will not be long. Soon, we will arrive in the Promised Land where we can enjoy the safety, peace, and protection of the promised blessings.

For Help Starting on a Word of Wisdom Diet

Thank you Jane for this profound article as well as the rest of your work! I finally get it and am ready to not look back. Much love and gratitude!

I hate to say it but you need to eat meat, were commanded to in the D&C 89:12 Yea, flesh also of beasts and of the fowls of the air, I, the Lord, have ordained for the use of man with thanksgiving; nevertheless they are to be used sparingly; 13 And it is pleasing unto me that they should not be used, only in times of winter, or of cold, or famine. You shouldn't be eating all the cheeseburgers and fried chicken however, you should include meat in your daily diet I.E. cold cuts, tuna, lean steak, deer, elk, chicken, turkey etc... You don't need an excessive amount that's not healthy, however you do need some meat. Make it a goal to eat healthy, by eating at home. Try using your garden to produce some of your fruits and veggies. Don't get caught up in the Mc Donalds and KFC's. They're not good for you. Eat a healthy breakfast lunch and dinner with little snacks in-between and you should be good. Remember your body is a temple of God.