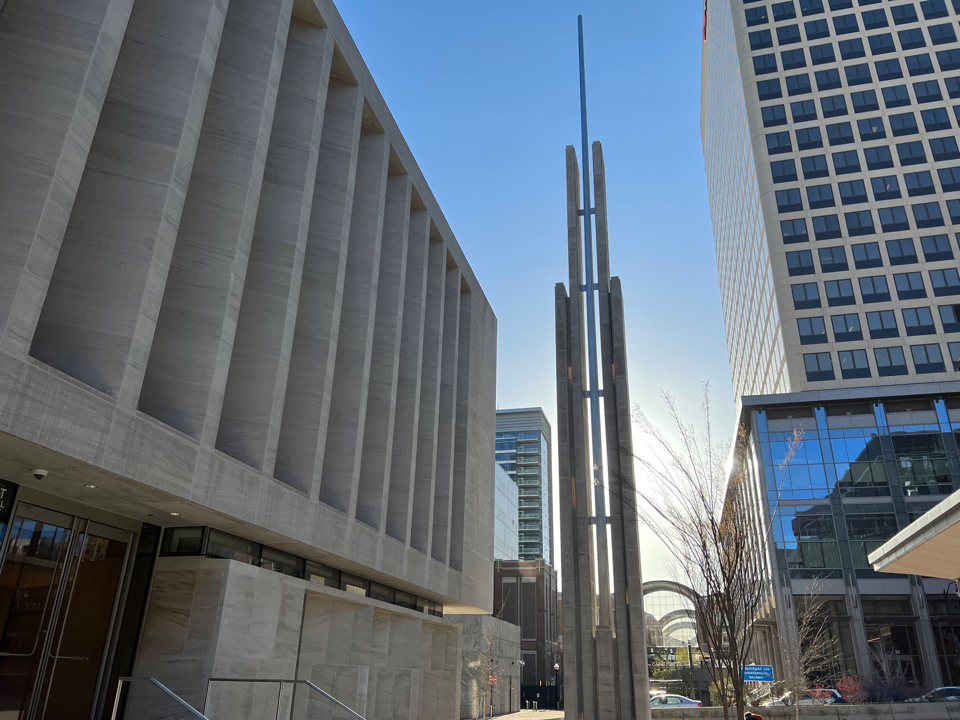 A new building is ready to open its doors in downtown Salt Lake City. Located just a block from Temple Square, this unique structure will serve as a meetinghouse for Latter-day Saints and as a commercial office tower.

“The idea came to have a joint-use space and build an office tower and combine that with a meetinghouse, and it’s a very economical way to do it,” said Bishop L. Todd Budge of the Church’s Presiding Bishopric, which oversees the construction of places of worship for the global faith.

“We started construction in April of 2019. So, it’s been about three years, but it’s a magnificent 25-story building,” said Bishop Budge. The building is the third tallest in Salt Lake City, standing at 395 feet.

The 39,000-square-foot, four-story meetinghouse is at the base of the new office tower 95 State and has a separate address from the office tower. A steeple was placed next to the meetinghouse entrance that faces Social Hall Avenue, once the location for Latter-day Saint pioneers to gather for social events. The original structure, known as Social Hall, was built in 1852 under the direction of President Brigham Young.

A memorial with remnants of the original structure is encased in an underground tunnel entrance to the buildings.

The original Social Hall remained a place of social events until 1922. A century later, the location will be a gathering place for today’s urban Latter-day Saints. Church leaders have named the place of worship the Social Hall Avenue Meetinghouse, located at 110 East Social Hall Avenue.

The new meetinghouse has two chapels, so it can host two congregations at the same time, each with a capacity of 500 people. Six wards (congregations) will gather in the building, including two for young single adults. The meetinghouse was built to accommodate a growing number of residential complexes in the downtown area and promote a more walkable community.