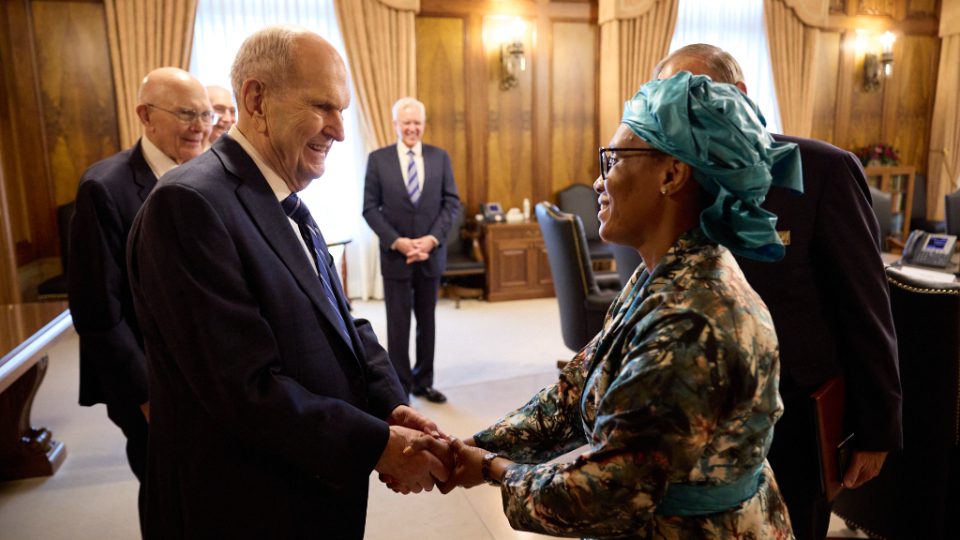 Church Leaders Meet With First Lady of The Gambia

Senior leaders of The Church of Jesus Christ of Latter-day Saints hosted the first lady of The Gambia during her first visit to Utah this week.

First Lady Fatoumatta Bah Barrow was invited to Church headquarters by Elder D. Todd Christofferson of the Quorum of the Twelve Apostles following his journey to The Gambia in February. It was the first time an Apostle of the Church of Jesus Christ visited the West African country.

“They had given us such a warm reception and been so open about the things they’re doing, and we saw the potential for collaboration,” said Elder Christofferson, who was present for a meeting with the faith’s First Presidency on Wednesday, August 17, 2022.

“And though it’s a Muslim country, it’s one where religious freedom flourishes and [is] very open,” he added. “So, we talked a little about that and gratitude for their tradition of religious freedom.”

The first lady of The Gambia traveled to Utah to explore Church education and humanitarian sites, and to meet with state government representatives. On Tuesday, the delegation went to the Brigham Young University campus in Provo to listen to a devotional given by Elder Quentin L. Cook of the Quorum of the Twelve Apostles at the Marriott Center.

“The pioneers of that university were visionaries because, when they talk of [BYU], education was not well accepted in the world,” Bah Barrow said.