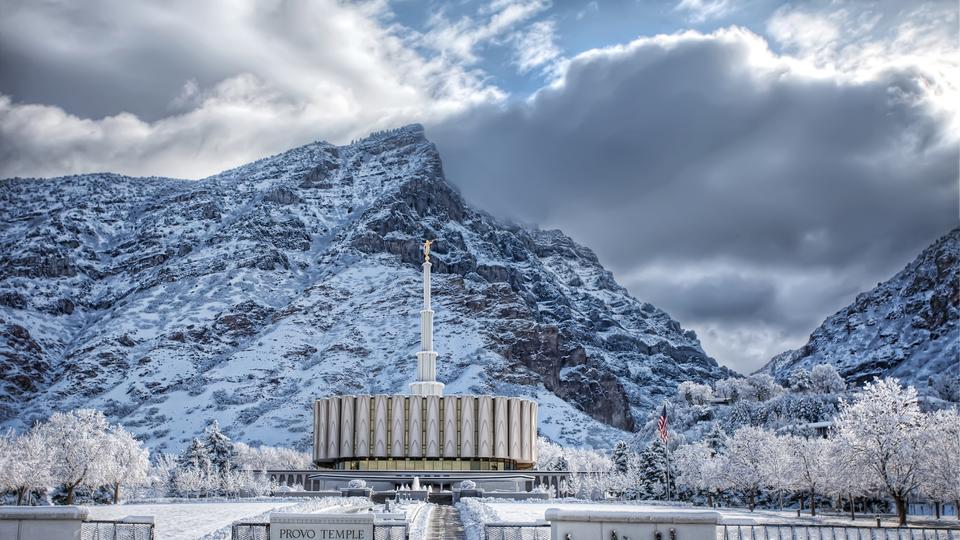 It was 50 years ago Wednesday that Joseph Fielding Smith, then president of The Church of Jesus Christ of Latter-day Saints dedicated the Provo Utah Temple — the 15th in the church.

After the Missionary Training Center was built just west of the temple, the Provo Utah Temple became the busiest temple in the church, as it also serviced students at nearby Brigham Young University, according to Richard O. Cowan, retired professor of Religious Studies, Church History and Doctrine at Brigham Young University and author of “Provo’s Two Temples” published in 2014 in cooperation with the Religious Studies Center and Deseret Book.

It wasn’t until the 2016 dedication of the Provo City Center Temple that some of the workload in Provo was lightened. The Mt. Timpanogos Temple in American Fork, dedicated some years earlier, also helped as the church membership continues to grow in Utah County.

While members of the church revere the temples as the House of the Lord, the modern architecture of the temple often prompted other nicknames such as the wedding cake, flying saucer and much, much, more.

It wasn’t until 31 years after the temple was built that a statue of the Angel Moroni was put atop the spire. While spire was originally gold, the addition of Moroni led to changing the spire to white.

The grounds total 17 acres of land which once held fruit trees and people would hunt pheasant and wild turkey.

Cowan remembers the time before the temple and has, for decades, watched the temple be built and go through a number of changes.