Christmas Gratitude—Am I a Season Too Late? | Meridian Magazine 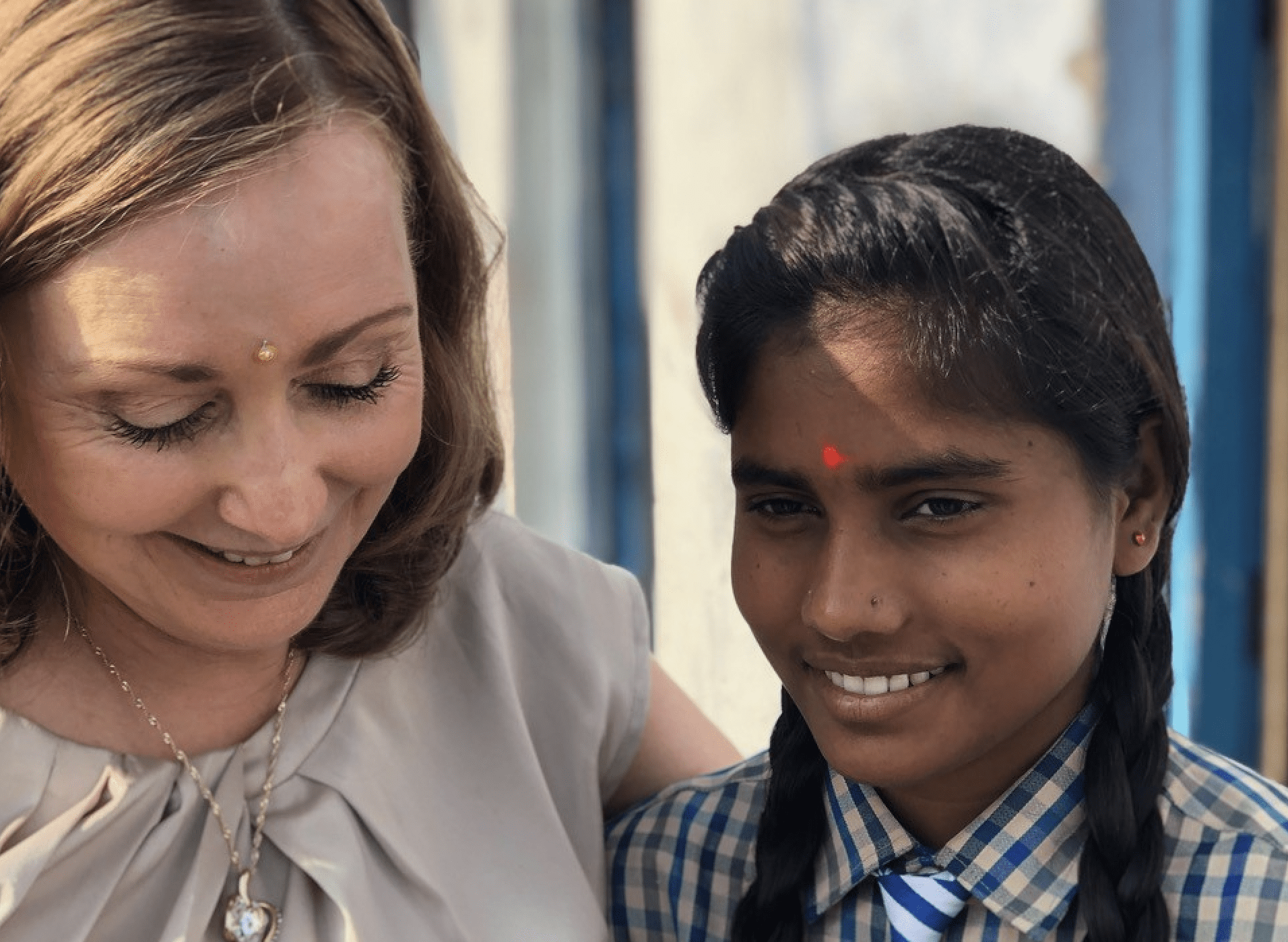 But then, maybe it’s the most natural thing in the world—that the true Spirit of Christmas should also include heartfelt gratitude.   I’m not sure why I am so overwhelmed with gratitude this month as I go through this holiday season.  But it seems every day I am reminded once again of how wonderful the Plan of Salvation is and how grateful I am for the way it helps me to make sense of my world.  Having the eternal perspective taught by the Gospel brings joy out of even things that could be considered tragic.

I also find myself marveling a little more this season as I think of the incredibly wonderful people in my life.  Maybe it’s because I’m trying to think of what to give them for Christmas?  I quickly get overwhelmed at how impossible it is to express through a simple Christmas present how much they mean to me.

An example that comes quickly to mind is one of our leaders at Rising Star Outreach in India, Mr. Suku Thankappan.  Not so recently we had a chilling experience.  During the pandemic schools were shut down for a long period of time.  In Bihar, it was nearly two years.

During this time, a worried father of one of our students, Lakshmi (not her real name), decided that his 13-year-old daughter should get married, in order to protect her.  I know this sounds crazy, but because the family was starving, the father had to travel to the city to go begging every day.  Her mother had passed away.  With school not in session, he was worried that Lakshmi would be abused by men in her community who were not able to work during the shutdown and were just hanging around.  Without school, she would be home alone. She tearfully pled with her father.  She protested vigorously.  In spite of the danger, she did NOT want to get married.

Sadly, she was forced by her father to marry.  This turned out to be terribly traumatizing for her.  The marriage quickly became an abusive one. Not only that, but all her dreams of education and creating a meaningful future were completely destroyed.  She sunk into a state of depression and hopelessness.  She stood it as long as she could bare it, but then one night in the dark of the night, she managed to run off.

The problem was, she had nowhere to go.  Her husband had carried her to Punjab, where his family lived.  She didn’t even speak the Punjabi language.  She was absolutely terrified.  She didn’t dare go  home for fear her father would send her back to the abusive husband.  Being a young woman alone on the streets of India at night was a huge risk.  She feared for her life if her husband caught her.

The Punjabi police picked Lakshmi up.  Once they figured out what was going on, they asked her if there was anyone she trusted that she could call.  She gave them Suku’s number.  She was crying and nearly hysterical.  Suku was back in his home in New Delhi because of the school Covid shutdown—529 miles from the Little Flower School, which is where Lakshmi had been a student.  He did not hesitate for a moment.  He quickly called the Director, Krishna, at Little Flower to go pick her up in the dead of night.  Krishna left immediately.

Krishna took quite a risk.  He had no guarantee that the jilted husband wouldn’t come after him.  Krishna wasn’t sure Lakshmi would be willing to come with him back to Bihar.  She was likely in a dangerous area. Remarkably, though, after traveling nearly non-stop, he was able to reach her and rescue her.

But that created other problems.  What to do about the husband?  About the father?  Suku stepped in.  He called the father and promised not to report him to the authorities for forcing his daughter to enter an underage marriage, as long as the father would give Little Flower guardianship of Lakshmi.  Child marriage is a crime in India, even though it is quite common in some areas. The father explained his desperation, insisted that he was just trying to protect Lakshmi; but realizing his legal jeopardy, he agreed to sign over guardianship.

I couldn’t help but wonder what would have happened to Lakshmi if Suku had not sprang into action to arrange her rescue?  What unimaginable suffering would she have had to endure?  Would she even be alive today?

When I visited the Little Flower School a short time later, school was finally back in session and Lakshmi was attending.  She was still depressed.  She felt that no one at the school could understand her personal agony.  She felt that she was “damaged goods” and was consumed with debilitating shame.  Finding it difficult to interact with the girls who she thought couldn’t possibly understand what she had been through, she retreated into isolation.  Her depression deepened.

A short time later I had the opportunity to visit the Little Flower School.  Suku pulled me aside and asked me if I could help Lakshmi.  I couldn’t even imagine how crushing that experience must have been for her, especially at the tender age of 13.  Lakshmi and I were able to go off and have a heartfelt talk where I could explain to her that she was a beautiful child of God, and that no  matter what had happened to her, she was still precious in His sight.  I told her how amazed I was at her courage and her determination.

There were some tears, some hugs, and hopefully a small light was able to pierce the personal darkness that was engulfing her.  When we returned to Suku, he asked if he could take a picture of us together.  When he looked at the picture, he got so excited.  “She’s smiling!” he exclaimed.  “This is the first we’ve seen Lakshmi smile since she came back.”

On my way back to America, I marveled at the personal sacrifice on Suku’s part during this saga.  He had not only gotten up in the middle of the night, but without questioning, he had set people in motion to rescue her.  He could have put himself in tremendous legal jeopardy.  He had to be willing to assume guardianship.  He had to juggle all these issues while trying to get a school back in session after a long hiatus.

At this time, Suku was also busy trying to get toilets built in all 22 leprosy colonies that send students to the Little Flower school.  They were far-flung and difficult to reach.  He was putting water purifying systems into several of these colonies.  He was creating large social enterprise systems to help various colonies become self-sufficient.  I don’t think he ever slept!

Yet, despite all the projects he had going, when a child cried out for help,  he dropped everything and at great personal risk, responded.

I sometimes wonder how we find these amazing leaders we have?  You certainly wouldn’t think to ask a question during an interview process, questioning whether they would drop everything in the dark of night to respond to a child’s distressed cry.  Yet, somehow, we keep getting these phenomenal leaders.  It’s hard NOT to be grateful for blessings you weren’t even smart enough to ask for!  And how do you even begin to try to buy a Christmas present for such a leader?

This morning I called Suku to find out how Lakshmi is doing now.  He said she’s doing fantastic.  At first, due to her trauma, she would hardly engage in her studies.  She wouldn’t interact with the other girls, but instead often lashed out and started fights.  But she has finally made friends with the other girls and has let the anger go.  Now she is studying well and is very happy.  An interesting development also occurred.  For the first 18 months after this trauma, she refused to go home or have anything to do with her father.  But Suku has worked with both of them.  Now the father comes to visit her at the school every month and they are working on a reconciliation.

Over the years, I have learned that every child at Rising Star Outreach has a story.  One only has to take the time to listen.  Nearly every one melts my  heart.  Yet I am constantly stunned and inspired by their courage and resiliency.  And each time I listen to another child I feel profoundly grateful that through this small charity, Rising Star Outreach, I have a chance to make a difference in that story, that I can be a small part of the healing process.  I’m also profoundly grateful for the many sponsors of these children who reach out in love and caring and make each child feel loved and important.

Most of all, I am profoundly grateful for a loving Savior who took upon Himself, not only the sins of the world, but its pain and suffering as well, and thus offered a balm of healing to all.

This Christmas season I am exquisitely aware of all the tender mercies in my life that come from the marvelous Plan of Salvation set in motion by that tiny infant born in Bethlehem 2,000 years ago.  And I am tremendously grateful!

Becky, a wonderful story. So glad we are a part of Rising Star. You do amazing work. Lisa