Christmas and the Cyclops: A Tale of Two Shepherds | Meridian Magazine 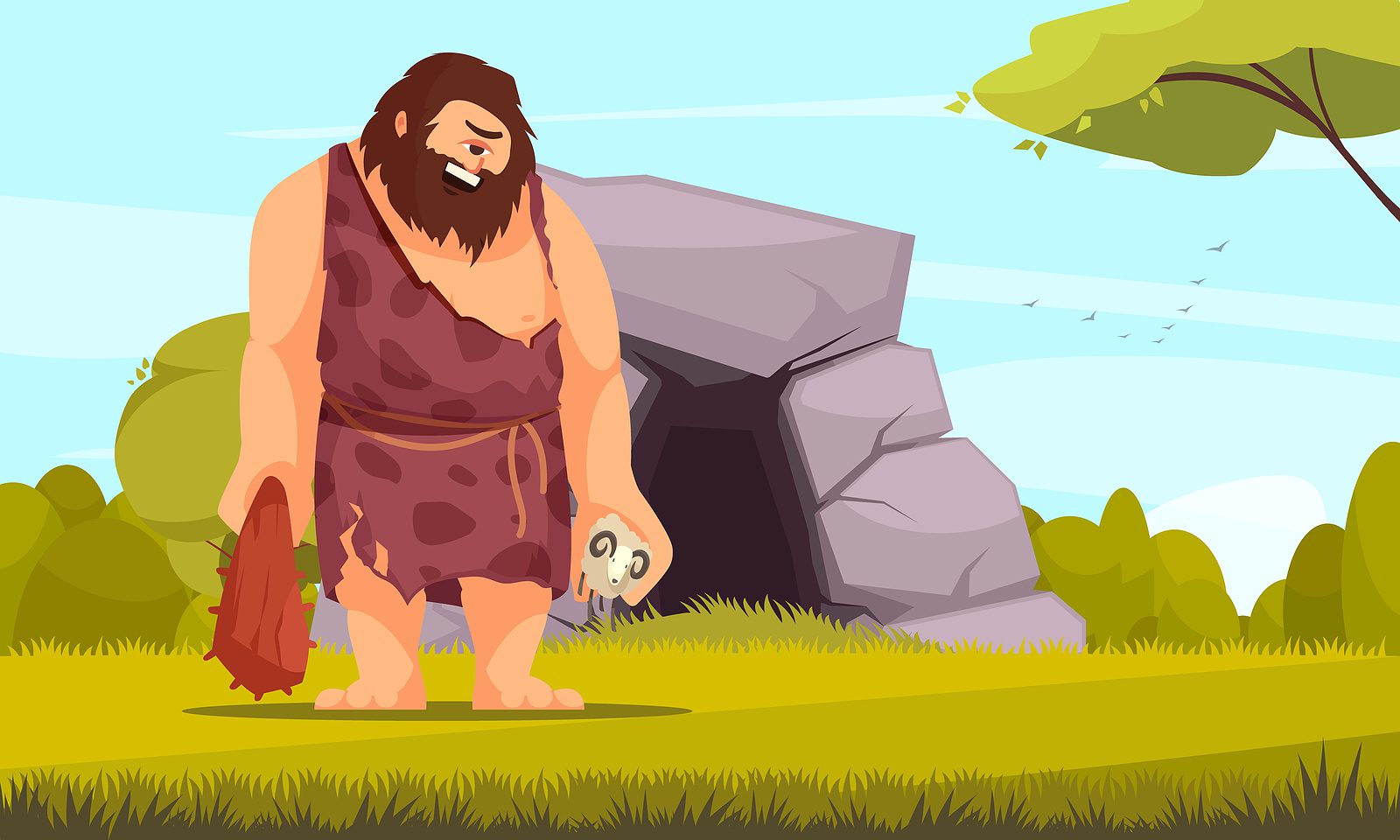 Christmas is the season of love, giving, and, most importantly, the birth of the Son of God. It is the time for gingerbread houses, candy canes, caroling, tinseled décor, with home and hearth front and center. Shopping centers and malls greet us with the musical stylings of Bing Crosby’s White Christmas, Mariah Carey’s All I Want for Christmas is You, and Michael Bublé’s entire corpus. The Hallmark Channel makes bank with movies like A Christmas Melody, A Boyfriend for Christmas, A Christmas Detour, and an endless number of films containing the word “Christmas” coupled with an adjective or noun of your choosing. However, something tells me the title, The Christmas Cyclops will never pass muster. Let me explain.

The Cyclopes in Homer’s Odyssey were shepherds. What’s not Christmassy about shepherds?! (For clarity, “Cyclops” is singular while “Cyclopes” is the plural). However, not all shepherds are created equal in the standard of neighborly altruism. The Christmas Cyclops makes as much sense as meeting a “married bachelor.” Either our man is married or a bachelor, but he cannot be both at the same time. Likewise, anything remotely close to “the Christmas spirit” is contrary to the nature of Cyclopes.

Homer’s Odyssey recounts the return of Odysseus and his companions to their homeland of Ithaca from the Trojan War. Along the journey, Odysseus tells a wondrous story about landing on the island of the Cyclopes. Many of us recall stories from childhood that a Cyclops is a hideous giant with one eye smack-dab in the center of his forehead, but many forget Cyclopes were also shepherds who delighted in devouring human flesh. Apparently, not all shepherds have the Christmas spirit. Sure, the Cyclopes had caves and sheep, but a note to aspiring spelunkers: not all caves contain the Christ child, and not all sheep are shepherded by humble priests.

The Christmas typified in scripture and tradition is about “peace on earth and goodwill toward men.” Our Eternal Father’s good news is the coming of the Son of God into the world, bringing hope, healing, divine rest, and the promise of peace. If we factor our Hallmark movies back into the equation, we can include small-town Americana, a bake fest, Christmas tree lighting, a boyfriend who is secretly a prince, and a good deal of romance. So, the one-eyed, lurking, and voracious dolts known as Cyclopes may have been shepherds, but they were the ferocious sort and not the ones typified in St. Luke’s rendering of the Christmas story who abide “in the field, keeping watch over their flock by night” (Luke 2:8). But, why are the Cyclopes relevant to our discussion of Christmas?

Plato and Aristotle observed that the man who sets himself apart from his fellow citizens and strangers or never meets to discuss or engage in meaningful dialogue is like the Cyclopes in Homer’s Odyssey. These one-eyed brutes lacked perspective. Hence, they perpetually skulked and sulked within the confines of their caves, content to be the center of their microcosmic world. Indeed, their neighbors were nothing more than annoyances. The Greeks had a word for such individualists, who possessed no desire to interact or contribute to the good of society; that word was idiotes, or an “idiot.” The term was primarily descriptive of a myopic Ebenezer Scrooge and secondarily a dim-witted rube. President Dieter F. Uchtdorf commented that many of our generation are afflicted with this “center of the universe” syndrome, “which leads people to believe that the world revolves around them and that all others are just supporting cast in the grand theater of mortality in which only they have the starring role.”[1] Unfortunately, Christmas is not conducive to either Cyclopean idiots or curmudgeons.

The ancient Greek use of the term idiotes provides cogent commentary for our contemporary world. While the Cyclopes personally took care and custody of their enormous sheep, they did so out of fear someone else would come along to steal them. Their neighbors were not to be trusted. It was best to keep an eye—a colossal eye no less—on one’s flock. It wasn’t about keeping up with the Joneses; it was about preventing the Joneses from getting ahold of one’s hard-earned capital! The Cyclopes did not engage in community. Instead, they kept to their caves, blocking their entrances with great stones, lest their hoard wanders out the door.

In contrast, upon receiving the angelic message, the Christmas shepherds determined to “see this thing which is come to pass, which the Lord hath made known unto us.” But they didn’t stop there. No, Luke tells us, “When they had seen it, they made known abroad the saying which was told them concerning this child” (Luke 2:15-17). Good shepherds spread the good news, which is the “gospel,” or godspel, in Old English. The “gospel” is “God’s Spell,” which is always “glad tidings” to those who have ears to hear.

Indeed, the news is so compelling that “it becometh every man who hath been warned to warn his neighbor” (Doctrine and Covenants 88:81). The gospel shepherds sense “how great the importance to make these things known unto the inhabitants of the earth” (2 Nephi 2:8). Perhaps, most telling of all, is Joseph Smith’s statement that “a man filled with the love of God, is not content with blessing his family alone, but ranges through the whole world, anxious to bless the whole human race.”[2] Gathering new sheep with the good news is the natural response of one possessed by charity, the pure love of Christ (see Moroni 7:45-48).

Let’s be clear. The Cyclopes imposed their solitary confinement. Their loneliness was self-inflicted. In contrast, many worldwide experience deep loneliness and long for a communal embrace of friends, family, purpose, meaning, and a sense of something more. President Gordon B. Hinckley said that “every new convert needs three things: a friend, a responsibility, and nurturing with the ‘good word of God.’”[3] Charity is foremost a verb and then a noun to those filled with the Christmas spirit. Therefore, consecrated disciples of Christ “succor the weak, lift up the hands which hang down, and strengthen the feeble knees” (Doctrine and Covenants 81:5). James added his witness by saying, “Pure religion and undefiled before God and the Father is this, to visit the fatherless and widows in their affliction, and to keep himself unspotted from the world” (James 1:27).

The Cyclopes, perhaps, were blind and self-absorbed because they perpetually looked “beyond the mark.” That happens much easier when there is only one eye front and center. No wonder Odysseus and his companions, through subtlety, escaped Polyphemus’s cave by manipulating his myopia. In the Book of Mormon, Jacob said of those who persecuted the Lord, “Wherefore, because of their blindness, which blindness came by looking beyond the mark, they must needs fall” (Jacob 4:14). Cyclopean selfishness leads to enmity, animosity, and darkness.

Part of the Father’s good news is that a beautiful symbiosis of sight occurs when we share in the Lord’s consecrated work. President Russell M. Nelson taught:

Imagine, if you will, a pair of powerful binoculars. Two separate optical systems are joined together with a gear to focus two independent images into one three-dimensional view. To apply this analogy, let the scene on the left side of your binoculars represent your perception of your task. Let the picture on the right side represent the Lord’s perspective of your task—the portion of His plan He has entrusted to you. Now, connect your system to His. By mental adjustment, fuse your focus. Something wonderful happens. Your vision and His are now the same. You have developed an ‘eye single to the glory of God’ (D&C 4:5; see also Mormon. 8:15). With that perspective, look upward.[4]

This Christmas season, we can light the world, one by one. If joy is the soul’s sincere desire and if “Jesus Christ is joy,”[5] then holing up in our caves is not an option. “What life and death may be to a turkey is not my business,” wrote Chesterton, “but the soul of Scrooge and the body of Cratchit are my business.[6] So, the cave calls the idiotes and Cyclopes to shell up and hole up, but the glad tidings of the Father’s “good news” constrain us to lift up our heads “and be of good cheer” (3 Nephi 1:13). As we share the “good tidings of great joy . . . to all people” (Luke 2:10), the Christmas spirit will warm our hearths and homes while sanctifying our hands and hearts.

Yes, Odysseus made it home to his family and kingdom. We can experience “peace in this world, and eternal life in the world to come,” but such a blessing requires knowing the difference between Cyclopean shepherds and shepherds who follow the “Good Shepherd” (Doctrine and Covenants 59:23; John 10:11).

[4] Russell M. Nelson, “With God Nothing Shall Be Impossible,” Ensign, May 1988; reference updated.